There are still other designs that are used as models in China, most of them American. I give a few more examples of copies of US3, US3.1 and US4 on page 35. The last two were probably the commonest, until US7 was widely used as a model (see page 54). For all my Chinese cards, see Part 1 • Part 2 • Part 3 • Part 4► 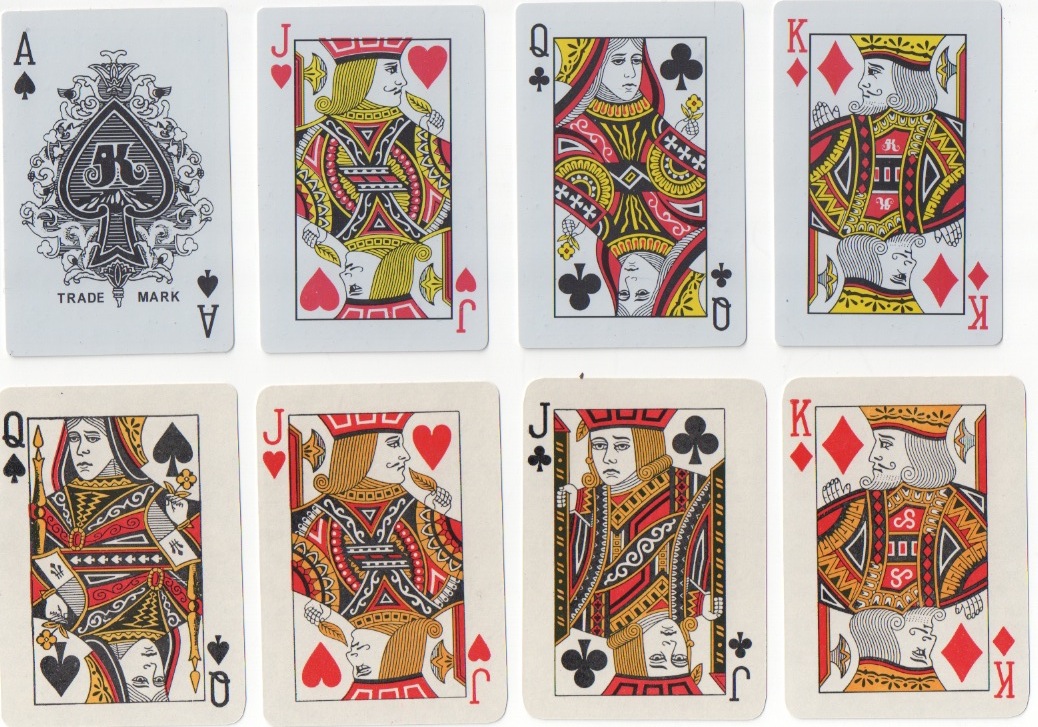 Above: top: 'Royal', a copy of US3.1 from Taiwan (Kuo Kau Products Co); note the K on the KD's clothing; bottom: a copy from China on wide-size cards

Quite a number of packs have 12 left pips with this design, giving another variety CUS3.2. 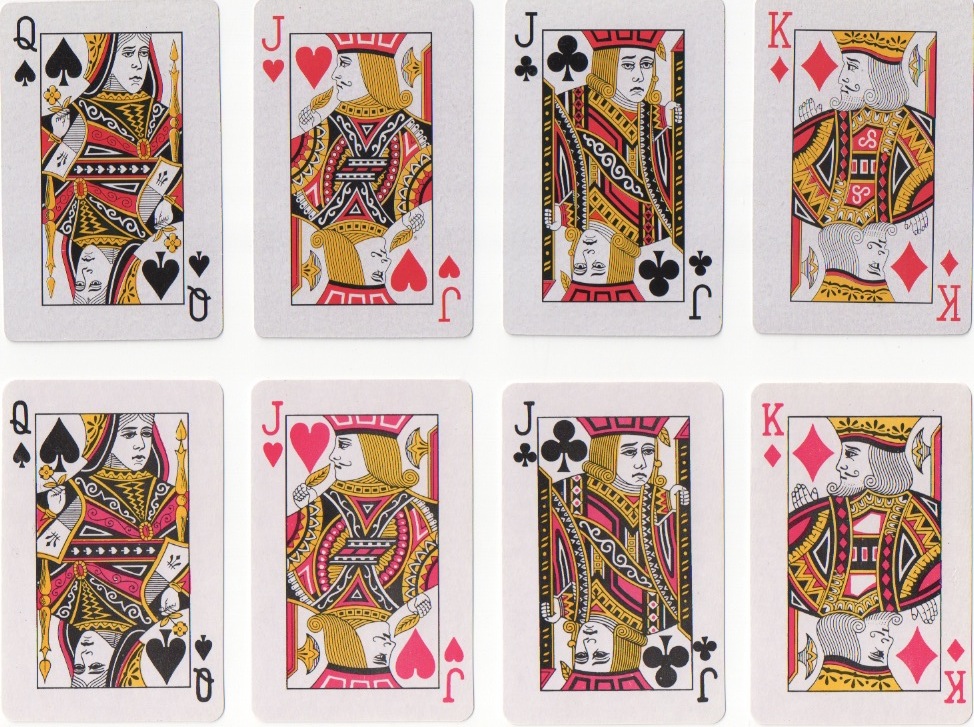 Above: top: a version compressed at the sides by computer; bottom: another Chinese version

A few examples have imaginatively redrawn versions: the pack below was made for John Lewis in Taiwan in 2011, marketed as Queen (a brand name of Kuo Kau). The courts have been given faces in the style of Fournier's courts, although the design is CUS3.2. 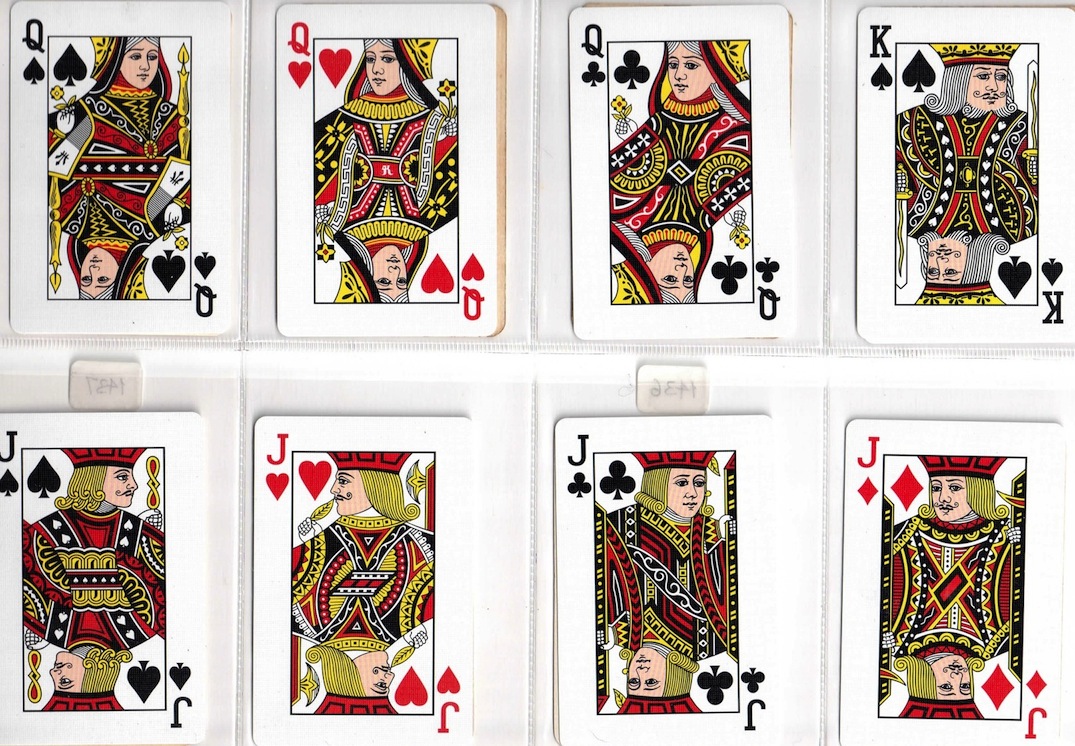 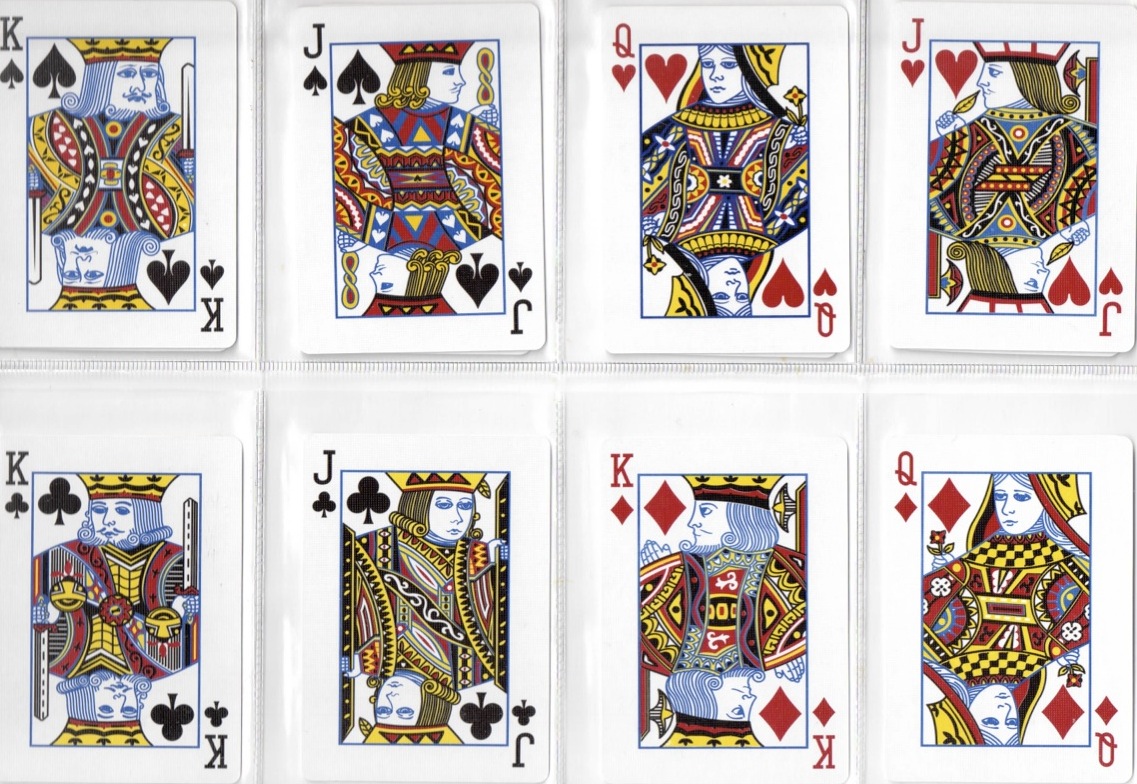 Above: a four-colour version of CUS3.2 from China with unusual colour distribution, from a conjuring pack for Ridley's

Above: a wide-size pack with courts compressed top and bottom and unusual indices, 2010. A similar pack with a grey border on the front of each card was made in the same year for Marks & Spencer, advertising The dangerous book for boys.

A design from Hong Kong used from the 1970s to the present is a redrawing of CUS3.2 often found with a joker copied from Piatnik's full standing one.

Above: CUS3.3 in four and three colours

Another popular model, at least in Hong Kong, was Arrco's US9. Originally it was copied exactly.

More recently the design has been redrawn.

Above: redrawn again, in bridge width for the 3D Magic pack, 2010, here wide for the Co-op Top Deck, 2014. It is also used in Cath Kidston double boxes with smaller frame lines and in three colours, 2016.

Another version of this design was produced by Berliner Spielkarten and this has also been copied in Taiwan, virtually exactly. 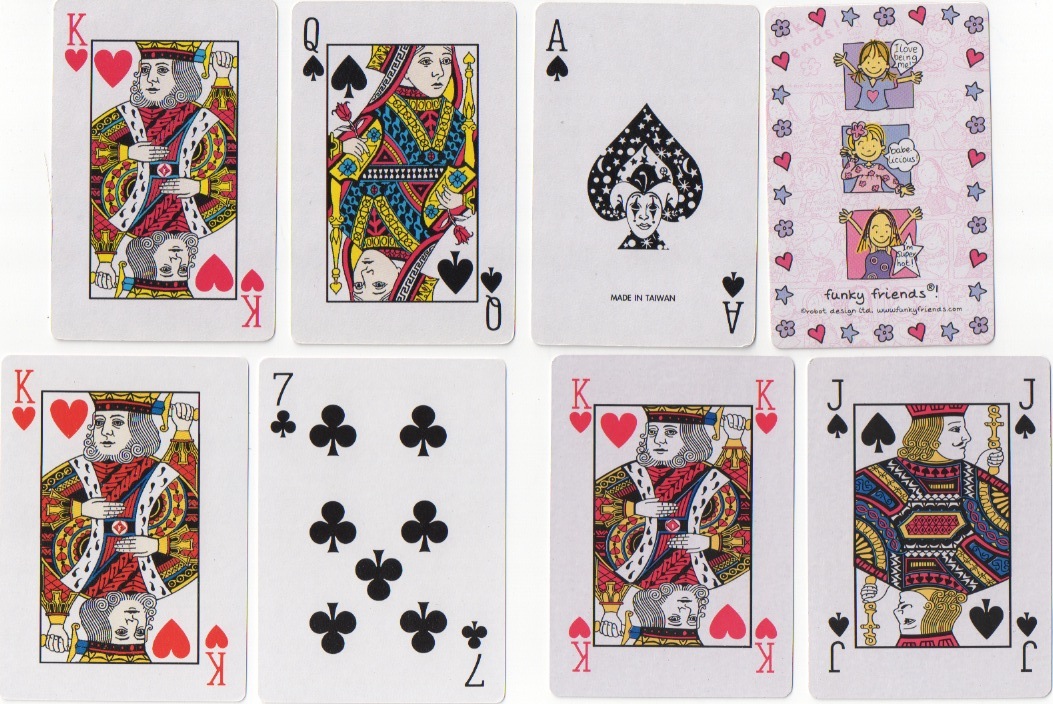 Tobar was an importer based in Beccles, Suffolk, but it no longer operates.

Another US design used almost exactly is the Stancraft design with angular courts (US10), as used in Hoyle packs.

Above: CUS10 in three colours. These are the courts used by Falcon Games in the 1980s.

There are sporadic examples of Goodall courts being used in China, but not as often as the American models. Here are a few examples.

Above: a copy of GD10; the design is cut down at the sides. These courts were used for Robert Frederick boxed sets around 2000; here they are from a Grumpy Old Men pack, 2007.

Above: a copy of GDW13 for Newton & Ridley, the brewer in Coronation Street (TV series). 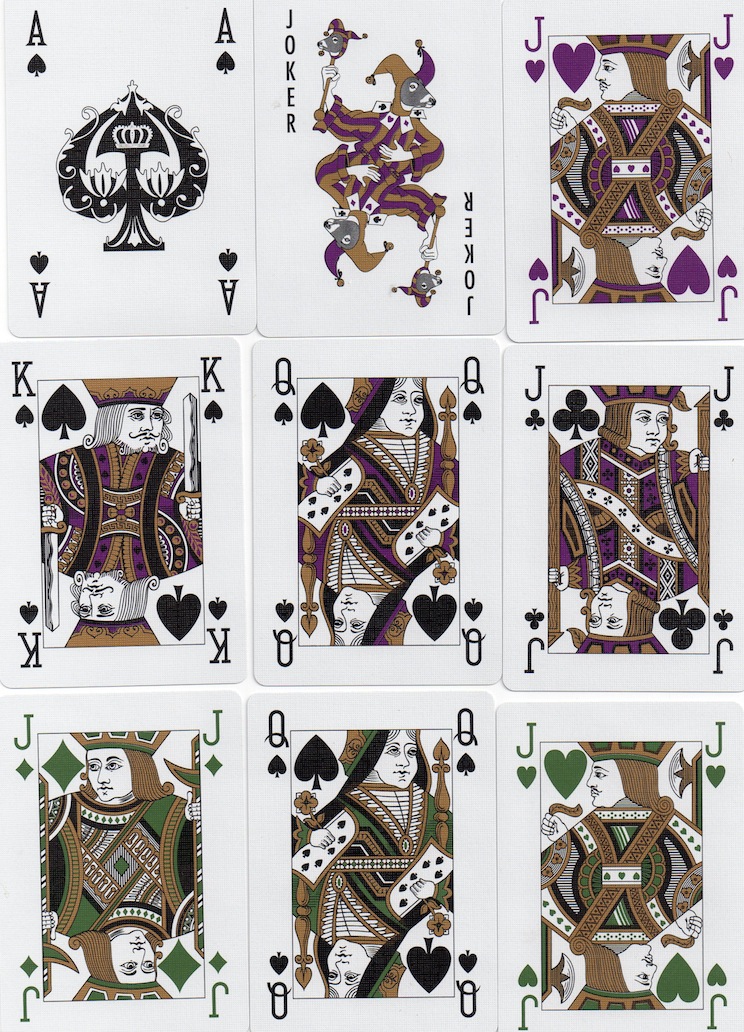 Above: a copy of the Italian version of GD9 from a double box made in Taiwan for Ted Baker: each pack has different colours with gold, 2012