The pack is divided four series of 10 cards, as shown in the table below, and each series has equivalent titles (key, cat, dog, etc) making ten sets of four cards. Each series also has its own miniature indicator at top left-hand corner and a different colour ribbon around the picture. These are a bit scruffy but it’s the only pack I have ever seen. The game is played akin to Happy Families. See the Rules► 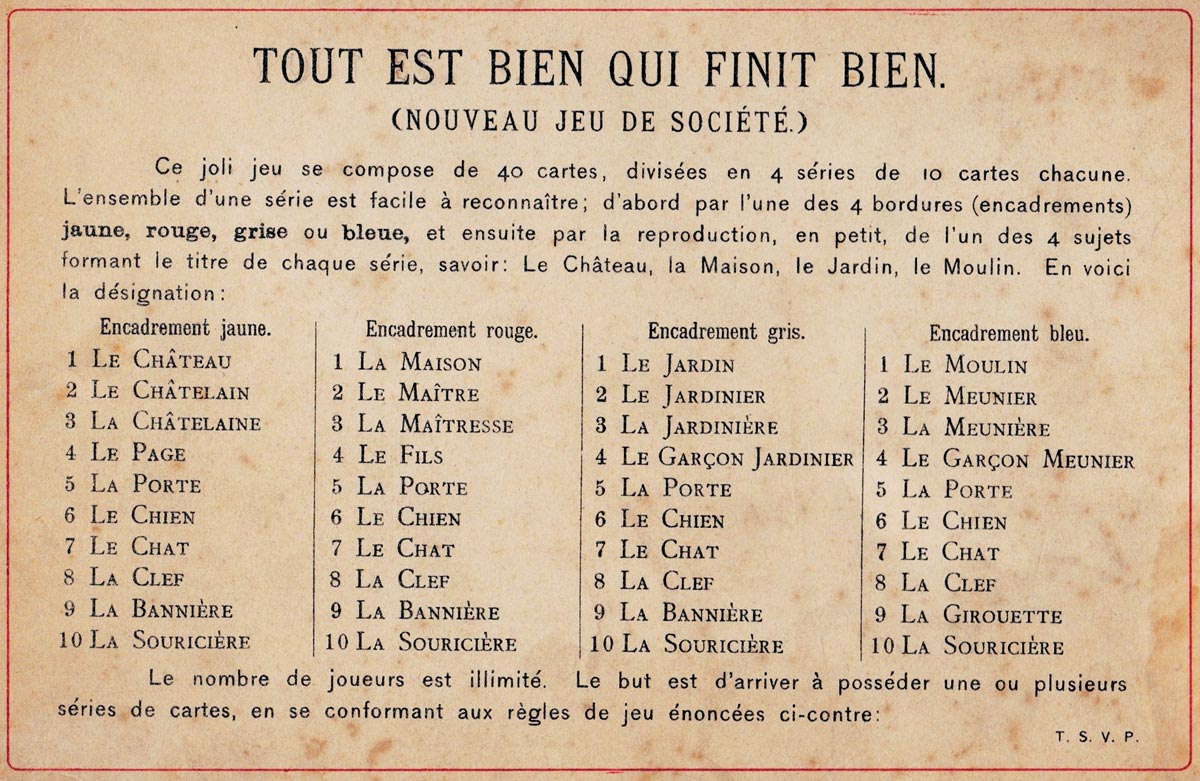 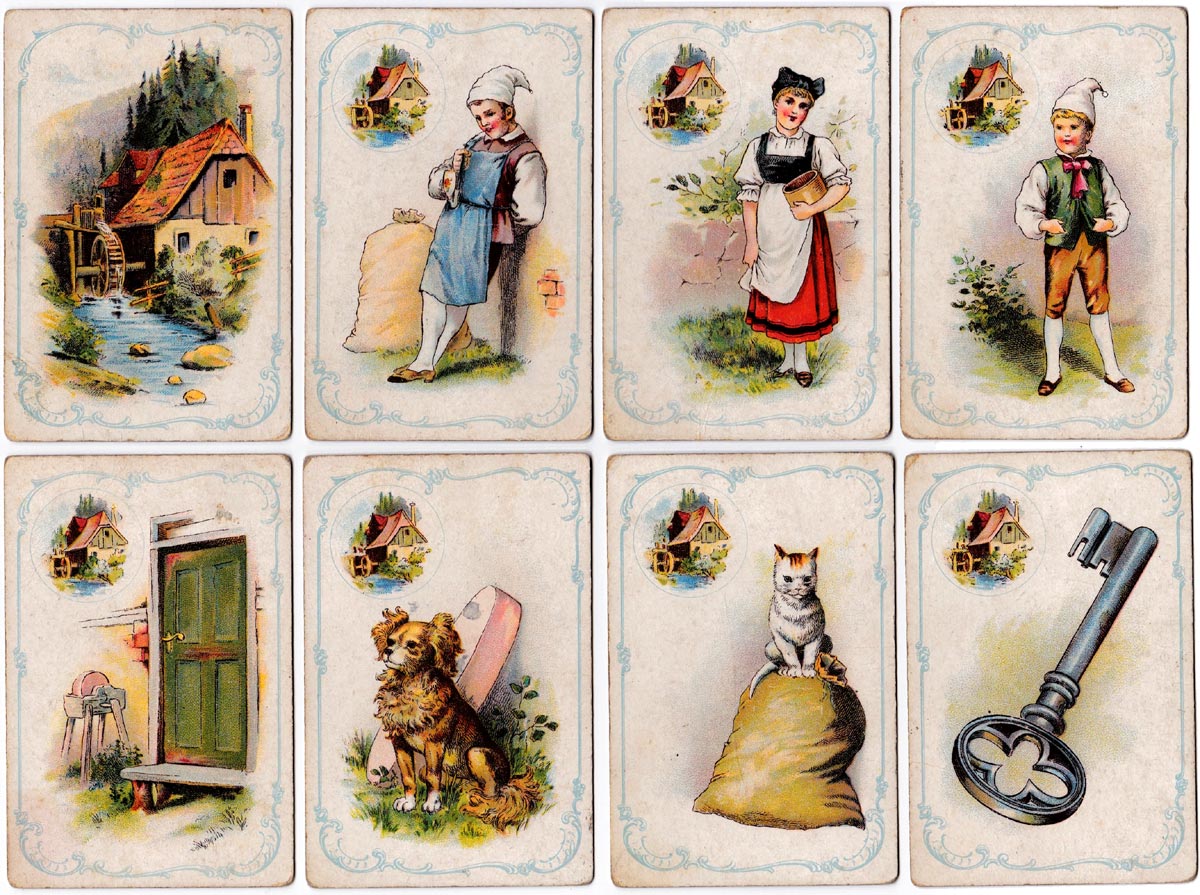 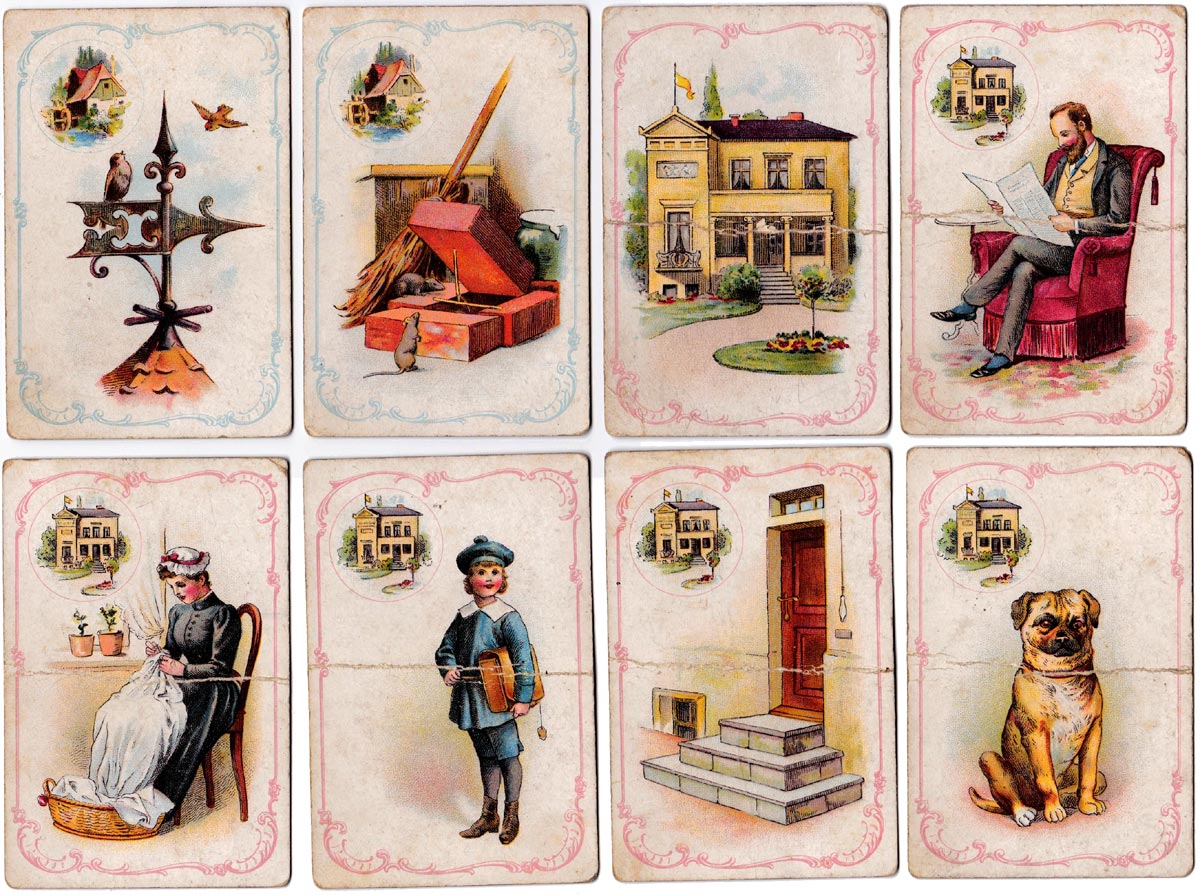 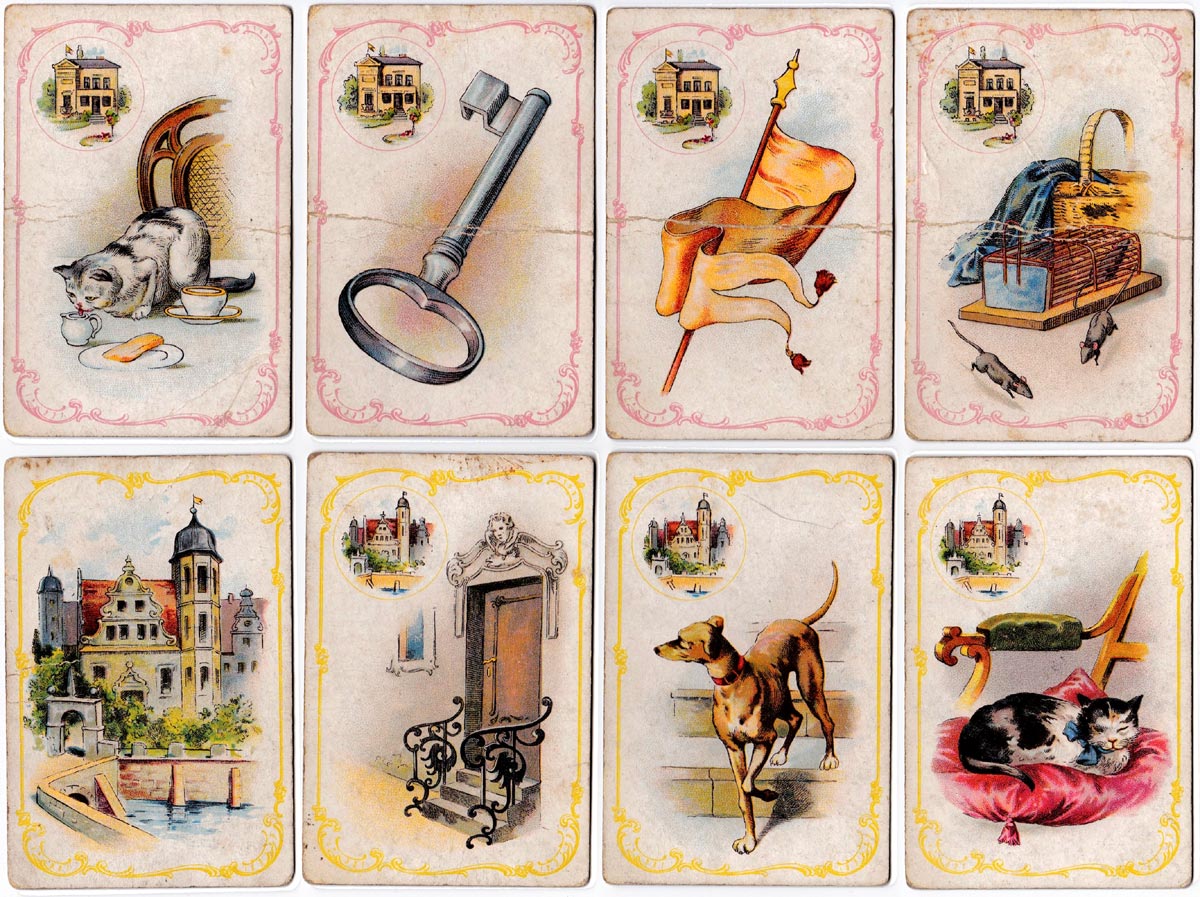 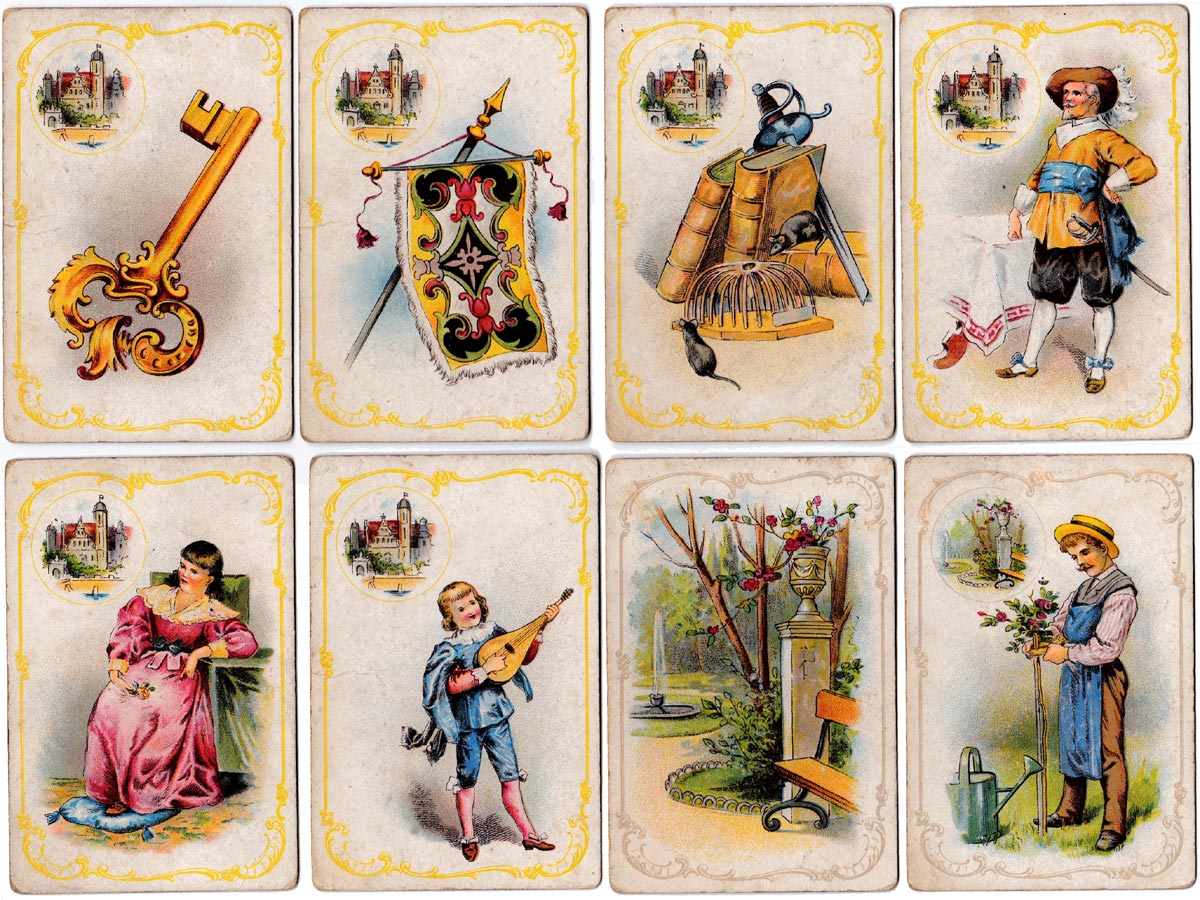 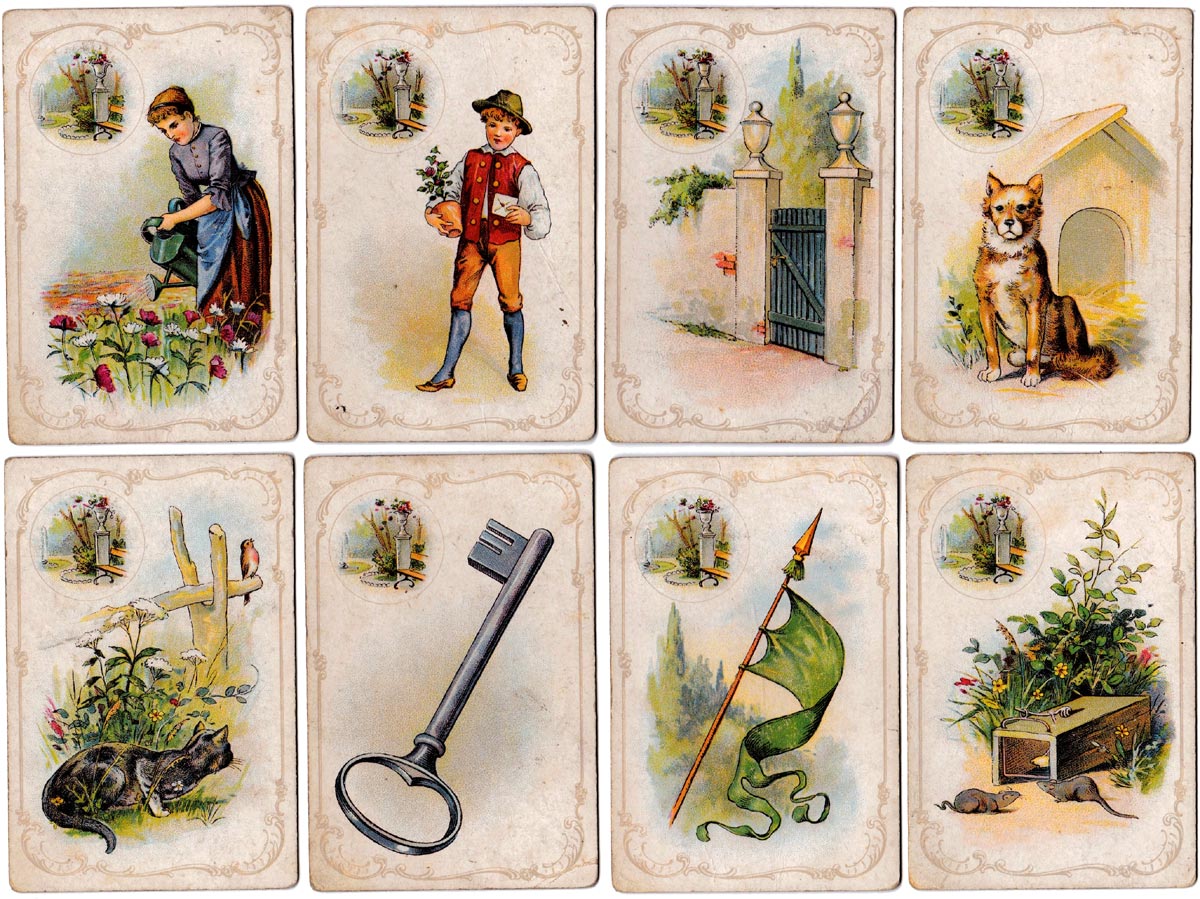