In the 19th century numerous professional and amateur artists were engaged illustrating zoological, botanical and other scientific subjects. Interesting specimens were obtained from overseas and people had a passion for natural history. Zoology quartet games became popular during the Victorian and Edwardian eras and many fine lithographed sets of animal images were published to engage children’s imagination.

J. W. Spear and Sons’ Zoology quartet game is a lesson in animal identification, with a total of 60 different species illustrated and classified under fifteen headings: Apes, Beasts of Prey, Beetles, Birds, Cats, Cattle, Deer, Dogs, Fish, Lizards, Pachyderms, Rodents, Ruminants, Serpents and Ungulates. As in most quartet games the idea is to collect sets of the same type, or ‘family’, but at the same time educational benefits are imparted through learning to recognise the different types of animal. 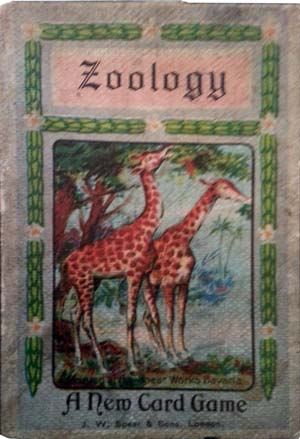 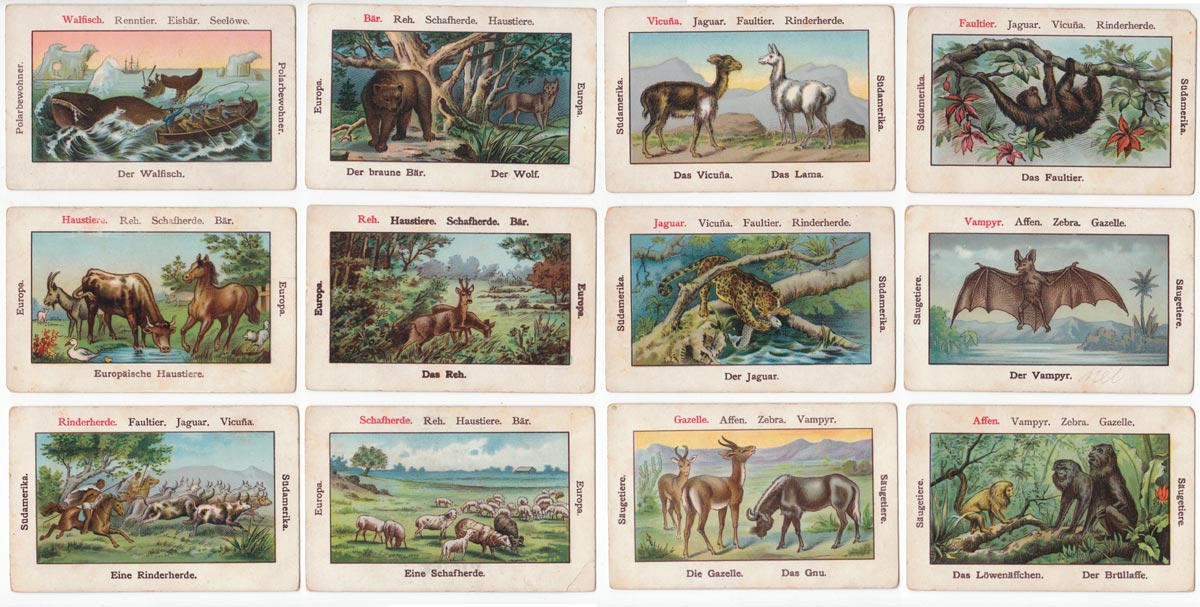