Dondorf's ‘Einköpfige Deutsche Spielkarte No.303’ (‘Single-ended German Playing Cards’) were produced during the period 1900-1930. As the title suggests, the cards are single-ended with German suit symbols (acorns, bells, hearts & leaves). Three of the Deuces (top row) feature crests bearing a stylized imperial and Frankfurt eagle, a bear with the initials ‘BD’, and other heraldic emblems which are a nod to patriotism. The fourth Deuce shows a romantic love scene, with no jealous rival peeping except the head on an erect column. The court card images are reminiscent of 16th century bourgeois lifestyle; but rather than depicting warriors or soldiers, here we see more ordinary folks: a falconer, farm workers, a fool, a minstrel. Most of the court card figures are facing to the left. The numeral cards have charming illustrations of rural scenes, for which the city-dweller yearns, which are actually from a later time period than the court card figures. Indeed, the Nine of Bells shows a man looking through a pair of binoculars. 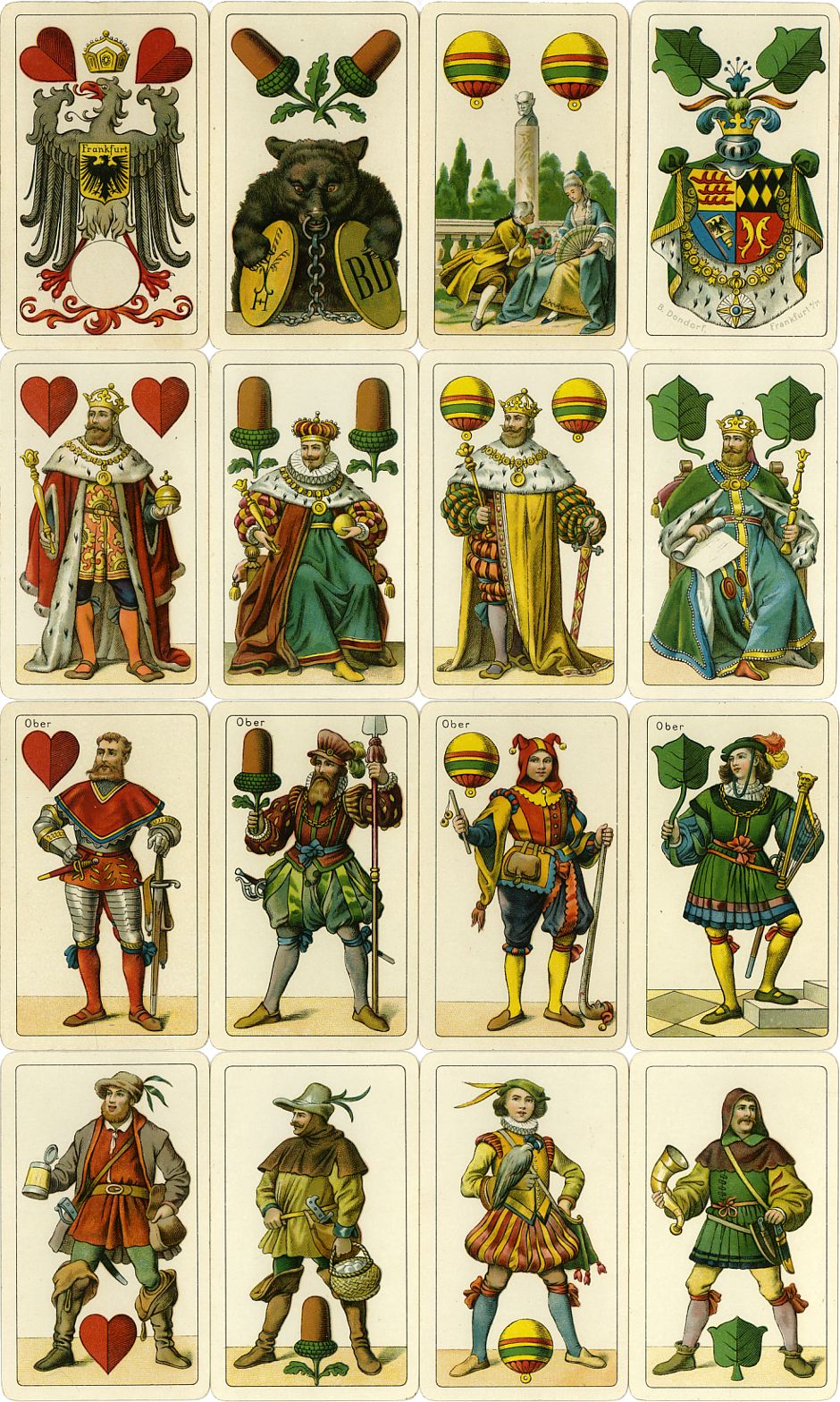