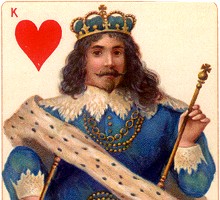 Another of Dondorf's beautiful period costume decks and although the costumes are not necessarily historically accurate this example is subtitled “Stuart period”: flamboyant Jacks; luxurious accessories such as necklaces, mirrors or peacock feather fans for the Queens (reading a letter or holding roses) and rich costumes for the Kings who resemble little emperors all create associations with an imaginary period sometime before the French Revolution. It was in production between c.1895-1933. The Jack of Clubs reads “B. Dondorf” and “Frankfort a/m”. 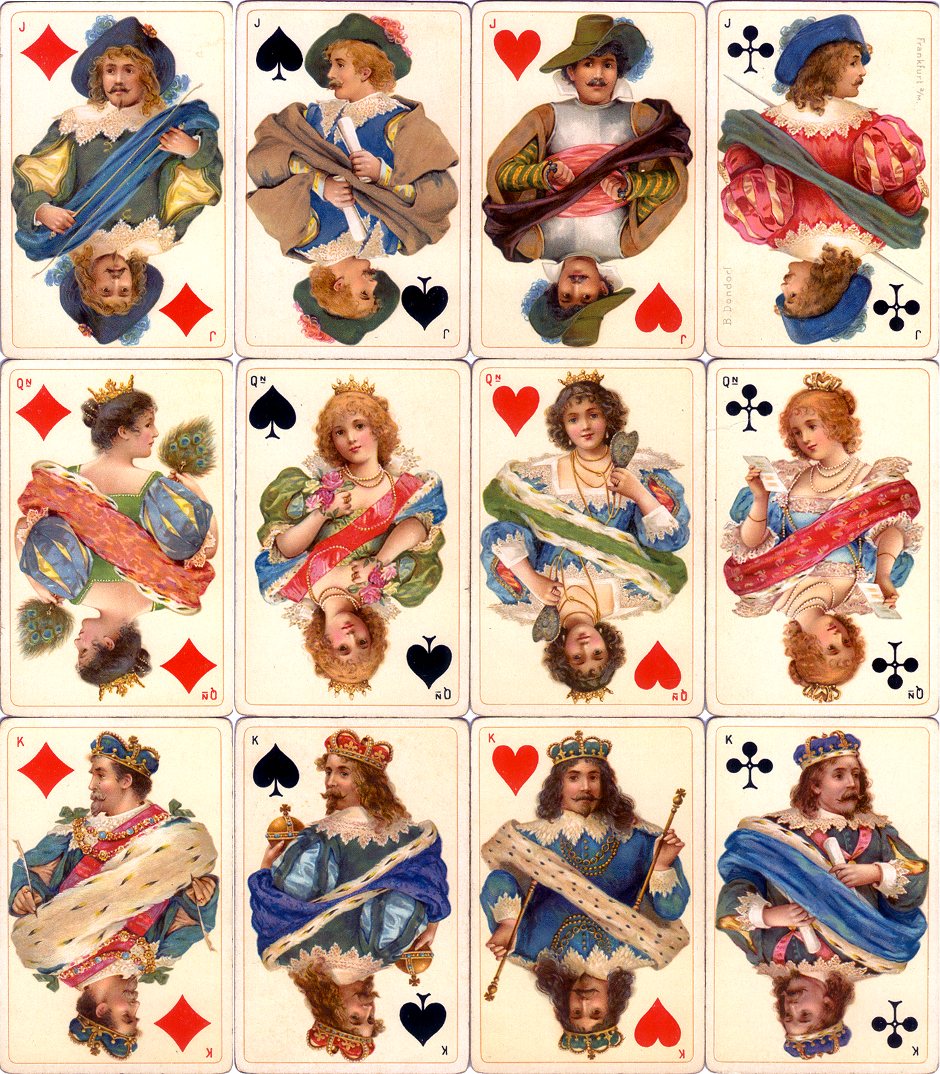 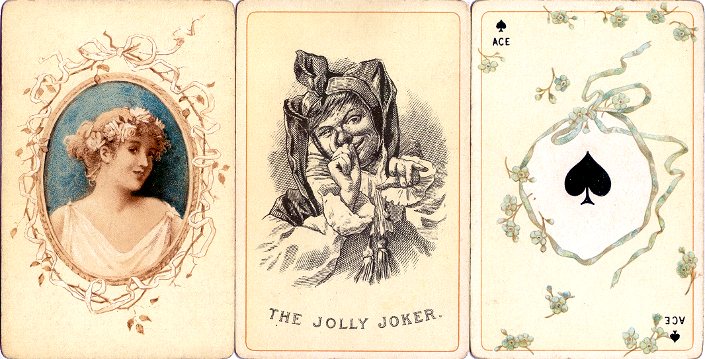 Dondorf's 'Stuart Zeit' Whist No.178 fantasy Stuart period costume playing cards, printed by chromolithography, small indices inside the frames. It was also available as Patience No.187. This edition has English index signs (Ace, K, Qn and J) but German editions were also produced (A, K, D, B) with various back designs, sizes of indices and types of Joker. In this example the picture on the back reflects the relationship between the early 1900s and rococo taste: a girl in ancient dress with flowers in her hair depicted in the style of contemporary portrait photography (sometimes identified as Queen Wilhelmina of the Netherlands). Total 55 cards in box. Images courtesy Barney Townshend. 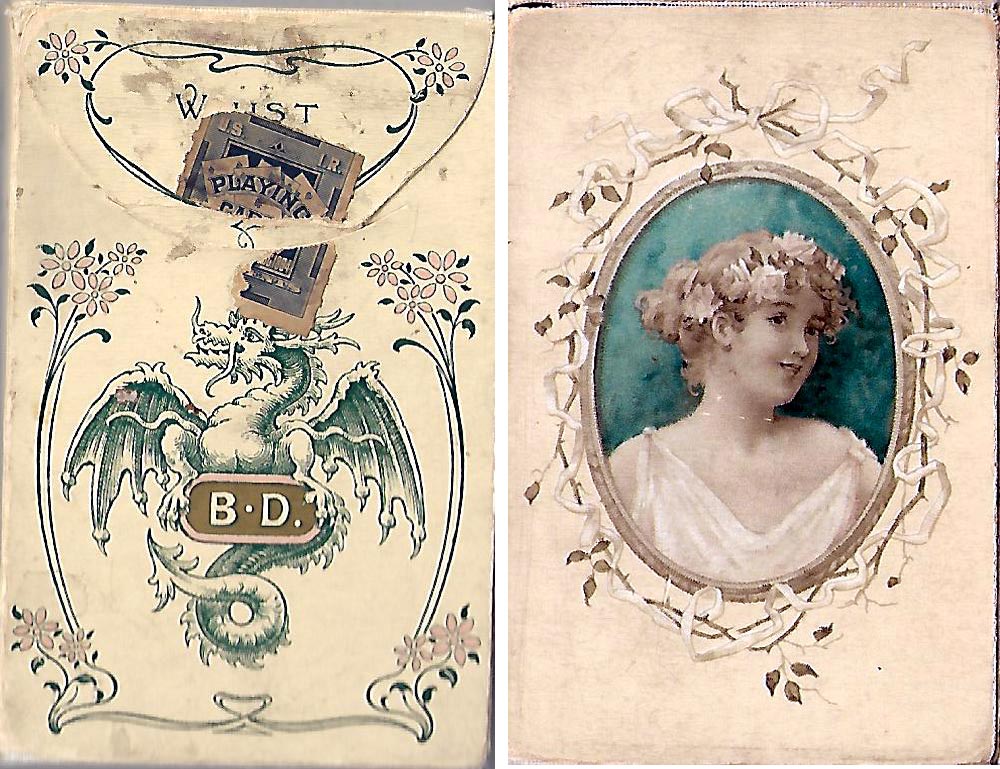 Above: box and back design from Whist No.178. From the collection of Rod Starling.