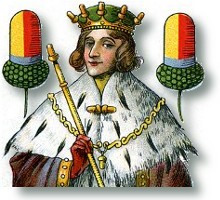 Gaigel - after which this deck is named - is a card game from the Württemberg region in Germany played with a special 48-card pack (a double shortened pack of 2 x 24 cards). It is usually played with German suited cards (acorns, bells, hearts and leaves) although other types of deck can be used. The same cards were also published as ‘Doppelköpfige Deutsche Spielkarte’ but with a different composition of numeral cards. In either case the Valets appear in costumes of the Biedermeier period, portraying sentimental and pious poses, designed with graceful, curving lines but in keeping with the iconography of traditional German playing card patterns. The advent of double-ended cards presented playing card designers with a new challenge. Sometimes the two ends were just mirror images of each other; the court figures in this set are thoughtfully designed with some clever solutions in achieving the double ended result. 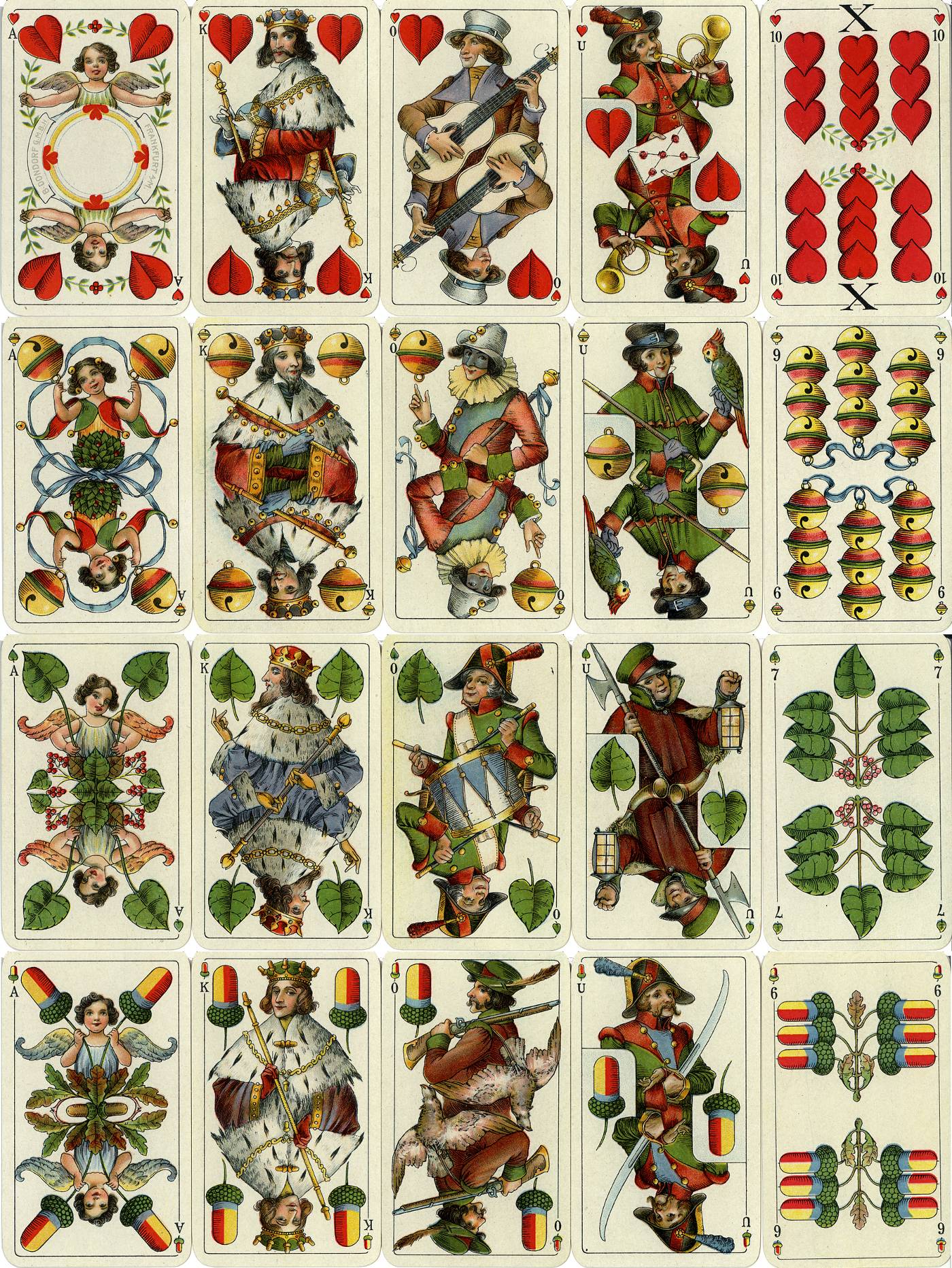 Above: ‘Doppelköpfige Deutsche Spielkarte’ and ‘Gaigel-Karten’ were published by Dondorf GmbH during the period 1907-1931. The style is relaxed and informal but conforming to traditional playing card iconography. Gaigel and Doppelköpfige Deutsche packs usually lack certain lower numeral cards, but have two each of the other cards, so that there is a total of either 36 or 48 cards; 99mm x 59mm. Images courtesy Barney Townshend.