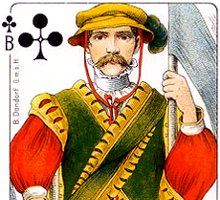 In this gracefully designed pack each Ace shows views of two European capital cities. Italy and Switzerland are represented on the Ace of Clubs. The Ace of Hearts shows the capital of Russia as St. Petersburg. London is represented by the Houses of Parliament and Paris by Notre Dame cathedral. The pack was exported to several European countries. The graphic appeal of the artwork lies in the well delineated outlines and flowing curves, with attractive ornamental detail reminiscent of Art Nouveau, as in the Queens' veils and ribbons which also occur in the Aces. A simpler version with plain Aces and a patience version were also produced. 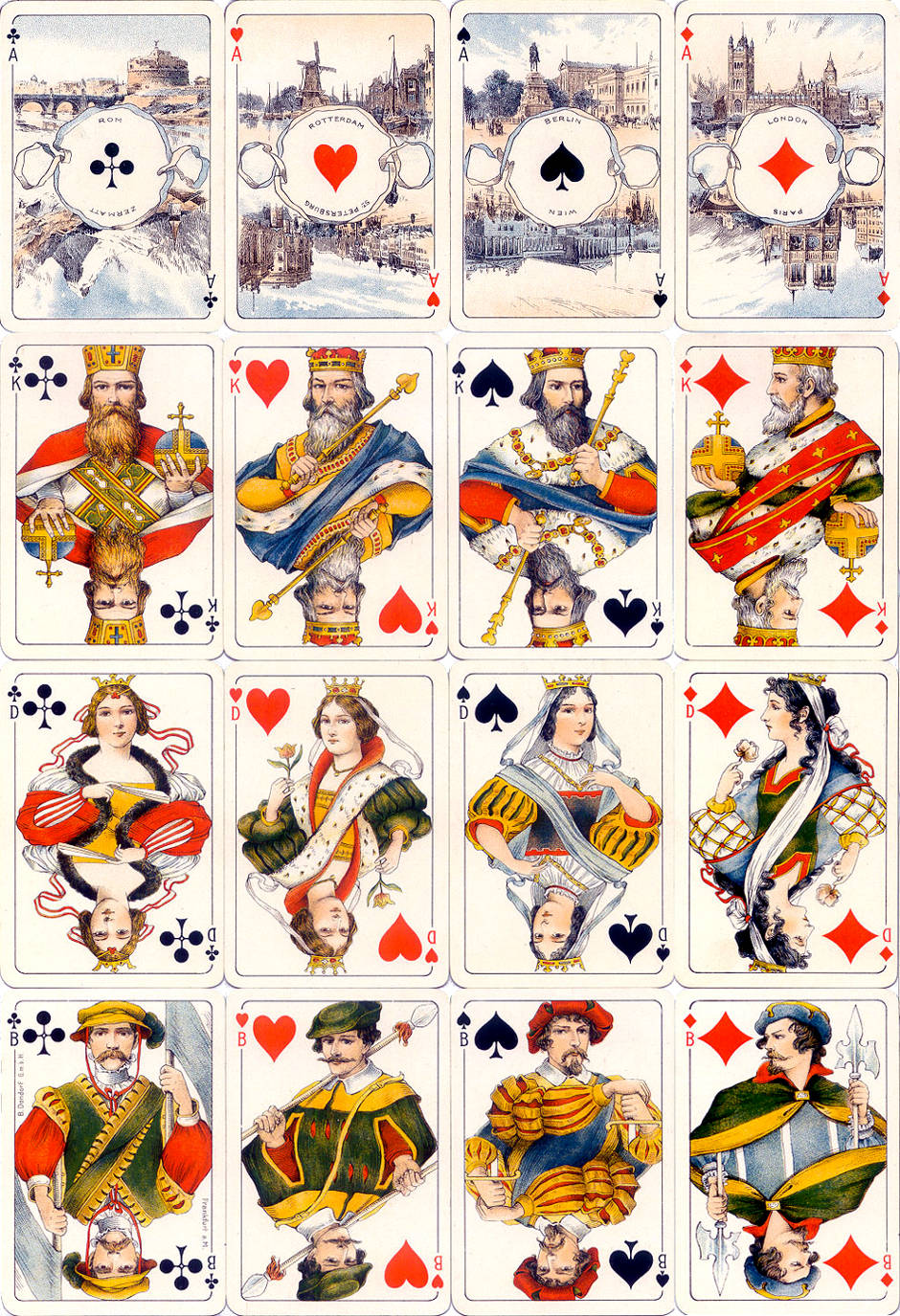 Above: Dondorf's "Hauptstadte-Spiel", c.1910, in which the four Aces depict scenes from European capital cities. 36 cards in box, German indices, gold corners. The deck was published until 1933 and later editions included a Joker. The Jack of Clubs has the inscription "B. Dondorf GmbH Frankfort a. Main". The graphical style is similar to Dondorf's "L'Hombre No.60". Images courtesy Barney Townshend.