Dondorf's “Microscopique Tarock“ was first published in c.1870, but the example shown here was produced sometime between 1923 to 1929. The four suits are associated with four countries: Clubs = Germany, Diamonds = UK, Spades = Russia and Hearts = France. Each pictorial Ace shows two nationally symbolic buildings from each country. The court cards (shown on next page) follow the same format.

Above: the “Deutsches Reich” tax stamp on the Ace of Hearts was used during the period 1923 to 1929. The Nr.2 refers to the regional tax office in Frankfurt/Main. 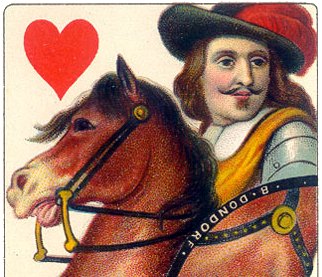 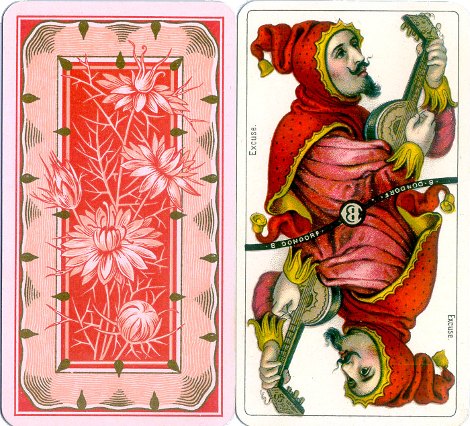 Above: the back design and the unnumbered trump card 'Excuse' as a harlequin. Images courtesy Barney Townshend.