A flood of educational cards appeared during the seventeenth and eighteenth centuries, mostly geographical or heraldic, although the trend had begun even earlier. An interesting tarot deck was produced in 1725 by Rev. Luigi Montieri as an educational game in order to teach geography, heraldry and European politics. The Trump cards contain geographical data and the numeral cards armorial shields of who was important at the time. Every card has a stencil-coloured image or suit symbol in the top quarter of the card so that it can be used as a pack of cards. It so happened that Trump No.21 (Il Matto) describes the government of Bologna as ‘mixed’, although technically at that time Bologna was part of the Papal States. This annoyed the papal legate, Cardinal Ruffo, who arrested the priest and all the staff involved in the publication. An edict followed banning the deck and ordering seizure of all copies which were burned. 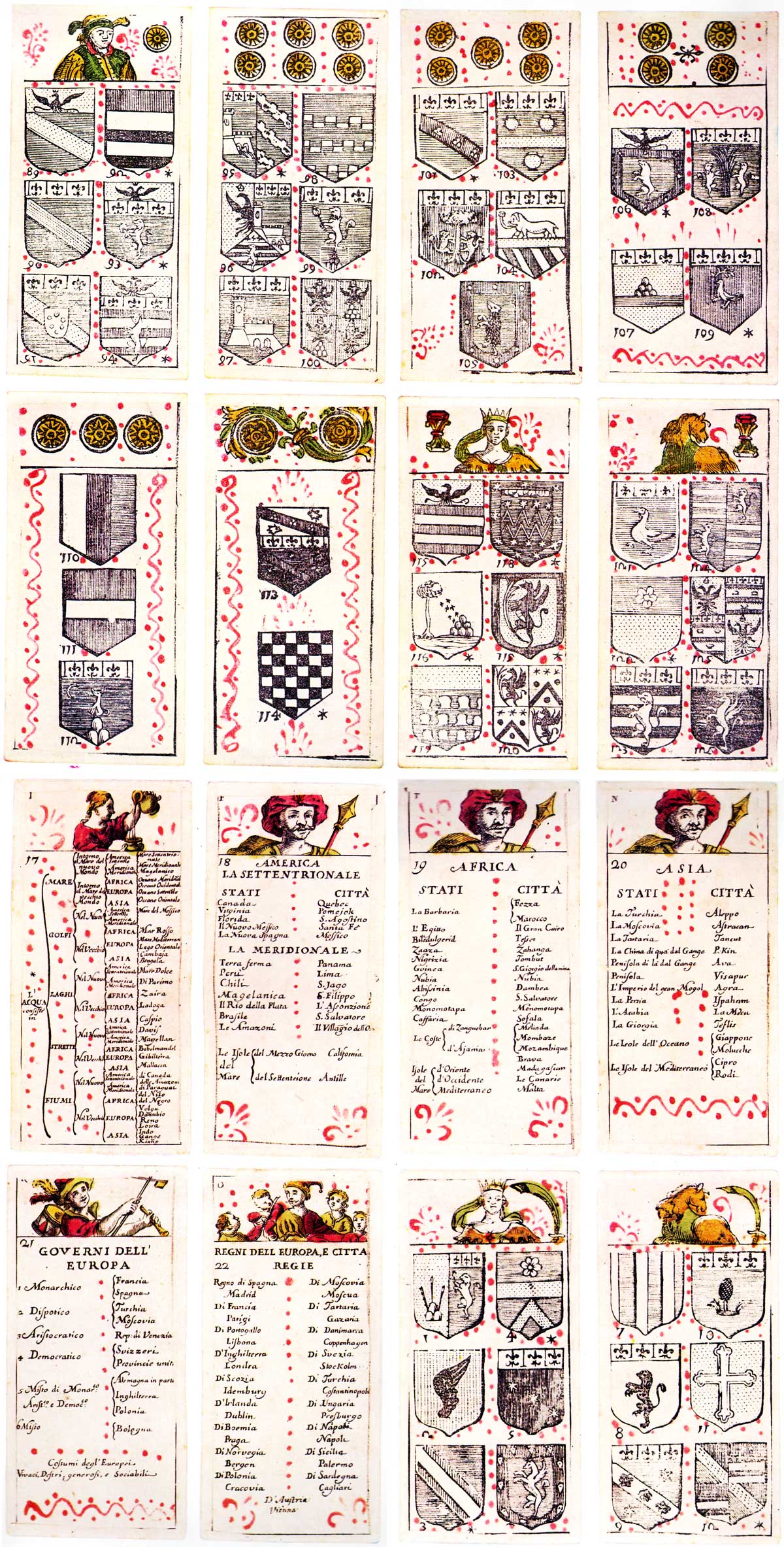 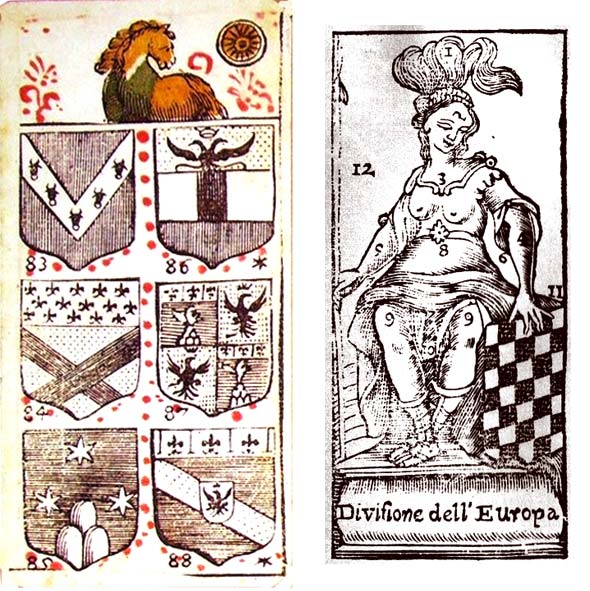 Above & left: “L’Utile col Diletto, ossia geografia intrecciata nel giuoco de Tarocchi”, a set of 62 Geographical and Heraldic Tarocchi cards created by Luigi Montieri and published in Bologna, 1725. The reverse shows an allegorical figure titled “Divisions of Europe”. The accompanying booklet titled “L'utile col diletto, ossia geografia intrecciata nel Gioco dei Tarocchi, con le insegne degli Illustrissimi ed Eccelsi Signori Gonfalonieri ed Anziani di Bologna dal 1670 al 1725” gives a key to the heraldic attributions and divisions of Europe which are illustrated on the cards. The Trump cards contain the geographical tables and the minor cards the armorial shields. The former are etchings, the latter woodcuts. Every card has its symbol or suit-mark at the top. This is of course a non-standard version of the tarocchino of Bologna; originally the 2, 3, 4 and 5 of the numeral cards were omitted, but in the present sequence the 7, 8, 9 and 10 of each suit are omitted, probably to save space in the top parts of the cards.

This elaborate production involved preliminary research and then organising woodcuts, etchings, stencil colouring, turned-over backs and a separate explanatory booklet. These turned-over backs sometimes obscured parts of the image on the front but produced a very sturdy card. In particular the small capital letters on the 22 trumps are sometimes obscured, which when arranged in descending order, with the Fool at the bottom, form the words: LOUIS C MONTIERI INVENTOR. 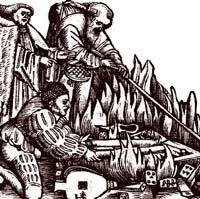 The deck was suppressed soon after publication by order of the Pope on account of being considered vain and improper, and for describing the government of Bologna as ‘mixed’. An edict followed ordering seizure of all copies which were burned. Rev. Luigi Montieri and the staff involved in the publication were arrested. However, the scandal was petty and might have aroused resentment in a city proud of its ancient liberties. Following some diplomatic efforts the case was dropped and three days later all those arrested were released, but the ban remained in place so it was not possible to print more copies. An original copy survives in the Museum of the city of Bologna. Cards illustrated from the facsimile edition by Edizioni del Solleone, 1973.