Designed by Emilio Soubrier, Ignacio Díaz and Augusto Rius during the 1880s as a new definitive national pattern, these medieval fantasy designs have become ubiquitous among Spanish playing cards of the twentieth century. Having been widely exported, they are widely plagiarised and copied in Latin America. 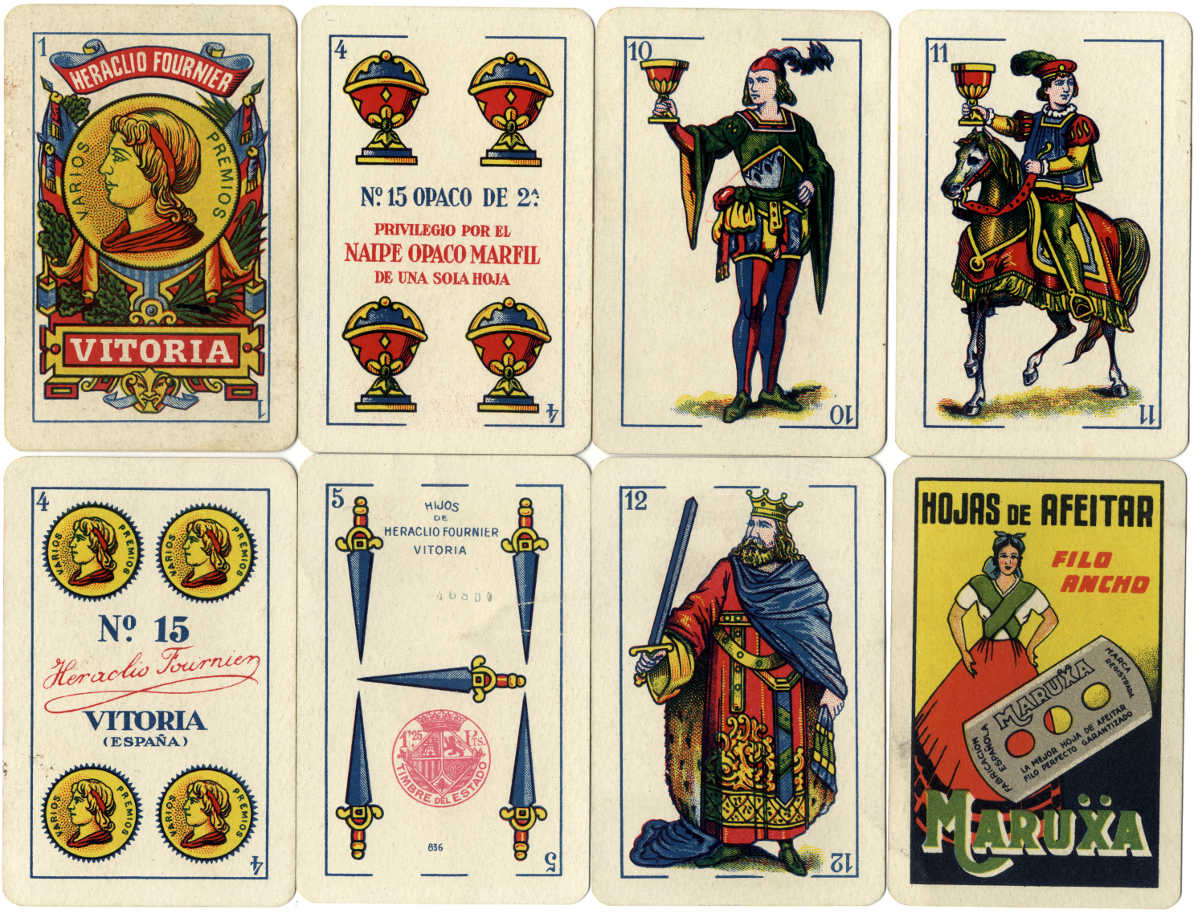 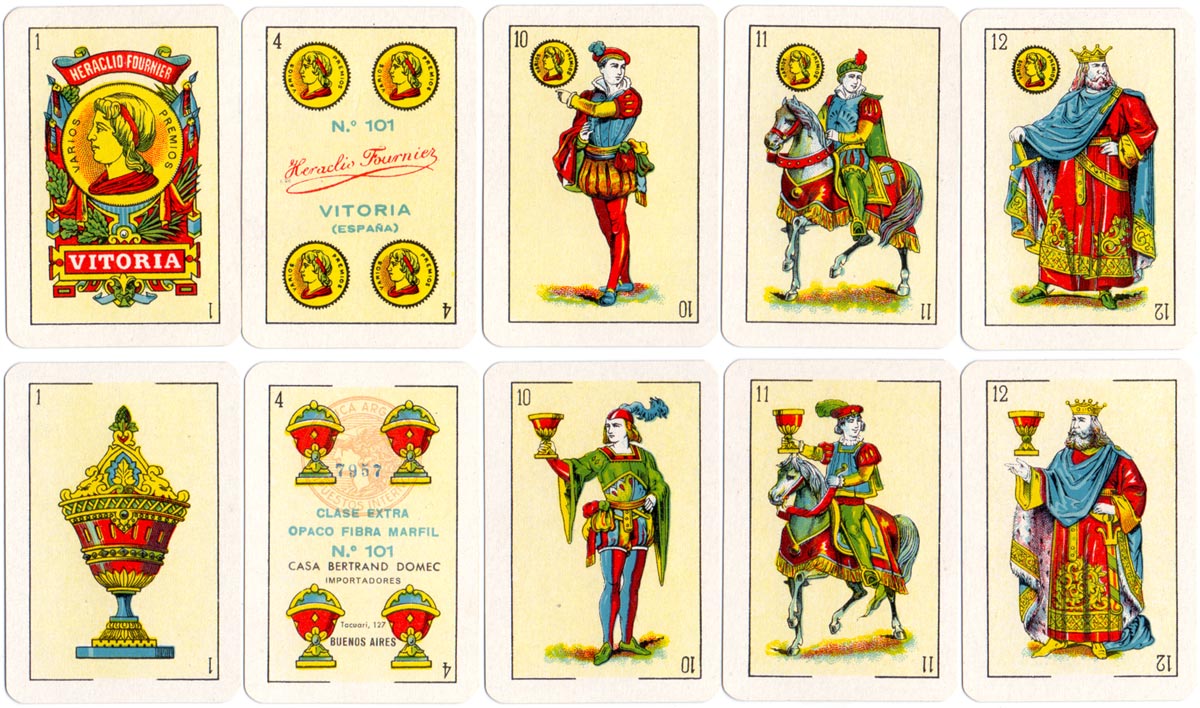 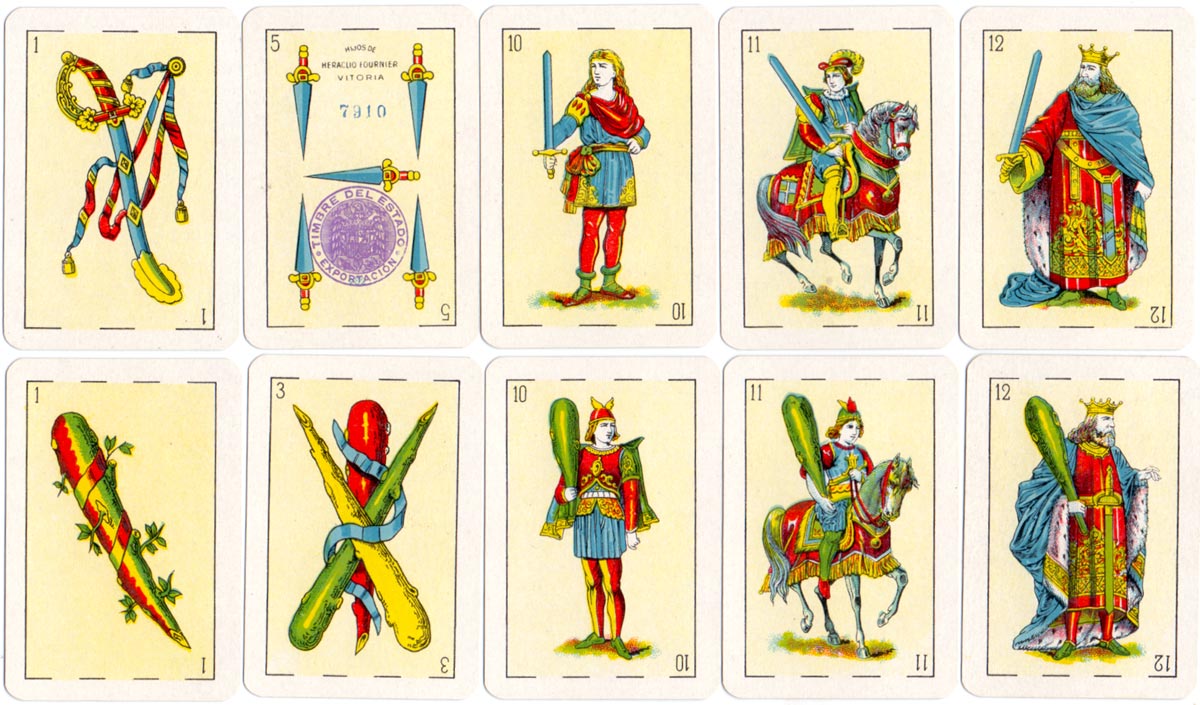 Above: Naipe Español No.101 (miniature playing cards) manufactured by Hijos de Heraclio Fournier (Vitoria) c.1940. This particular pack was exported to Argentina and has the Spanish exportation tax stamp on the five of swords. 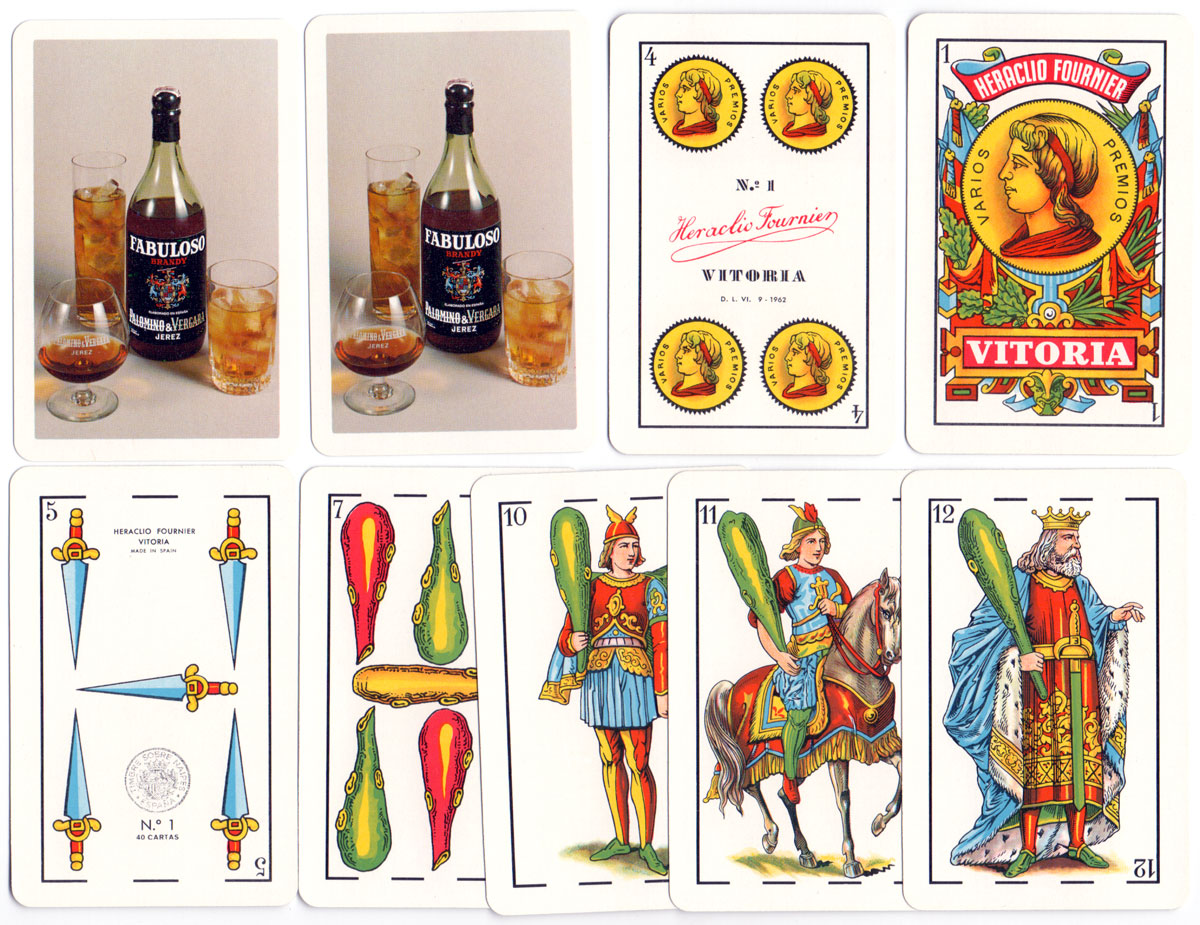 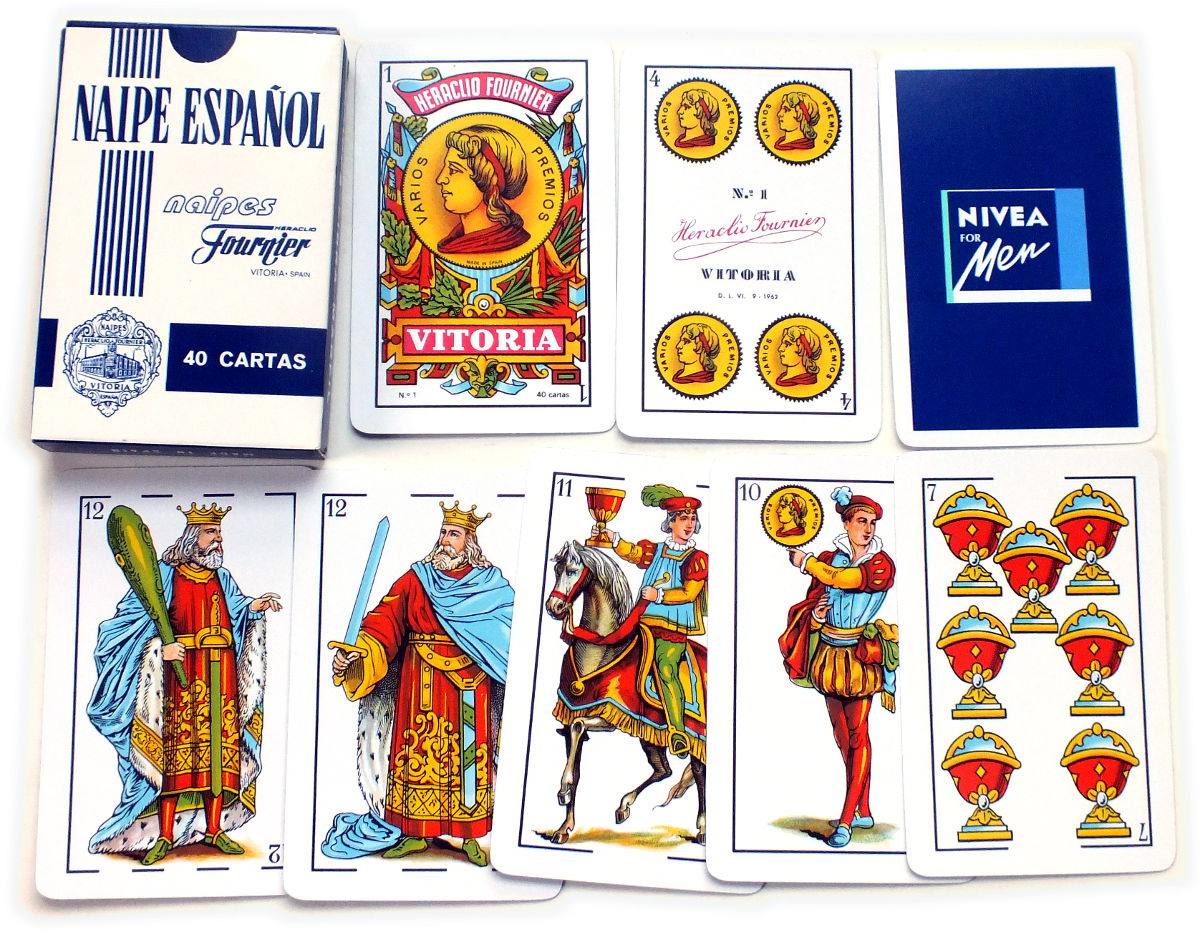 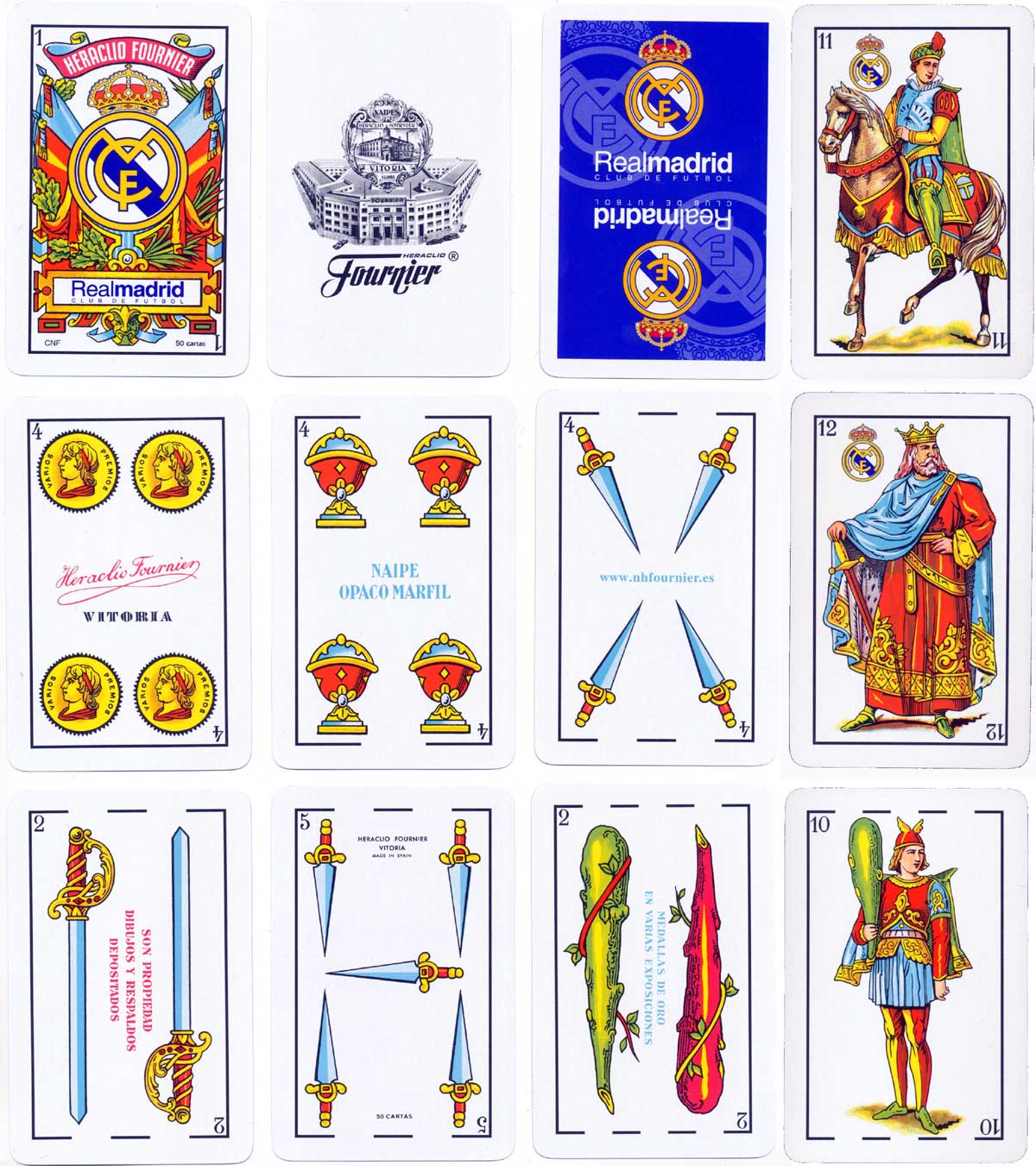