Felix the cat was created in 1919 by Pat Sullivan and Otto Messmer during the silent film era. Bonzo the pup was first created by George Studdy in 1922 and quickly rose to popularity. Cinema and sport frequently featured in Spanish promotional cards. Spanish chocolate manufacturers, such as Chocolates Juncosa (Barcelona), often inserted collectible cards like these inside each bar. Strictly-speaking, these are not proper playing cards or even proper dominoes, but they probably helped to sell more chocolate! 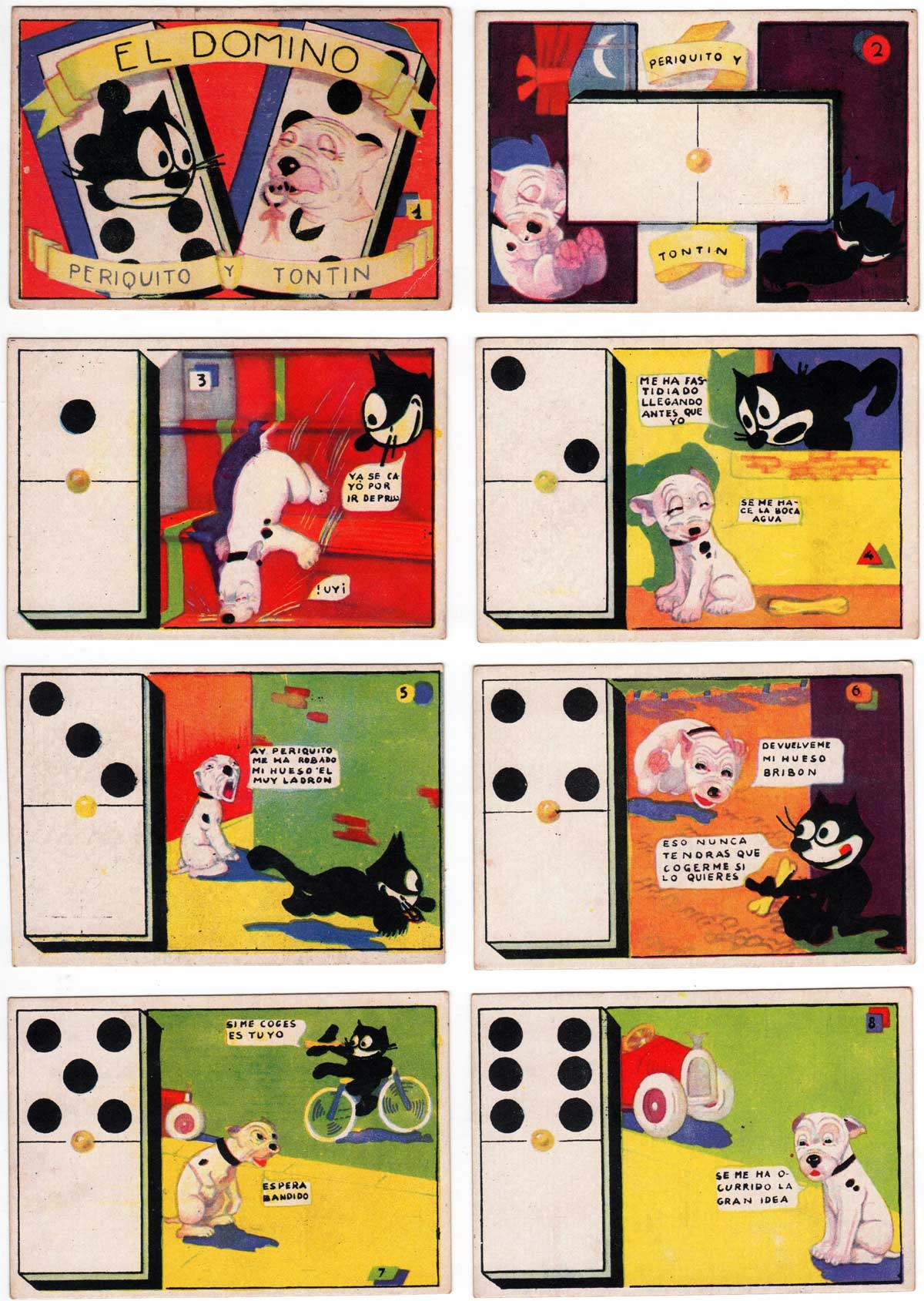 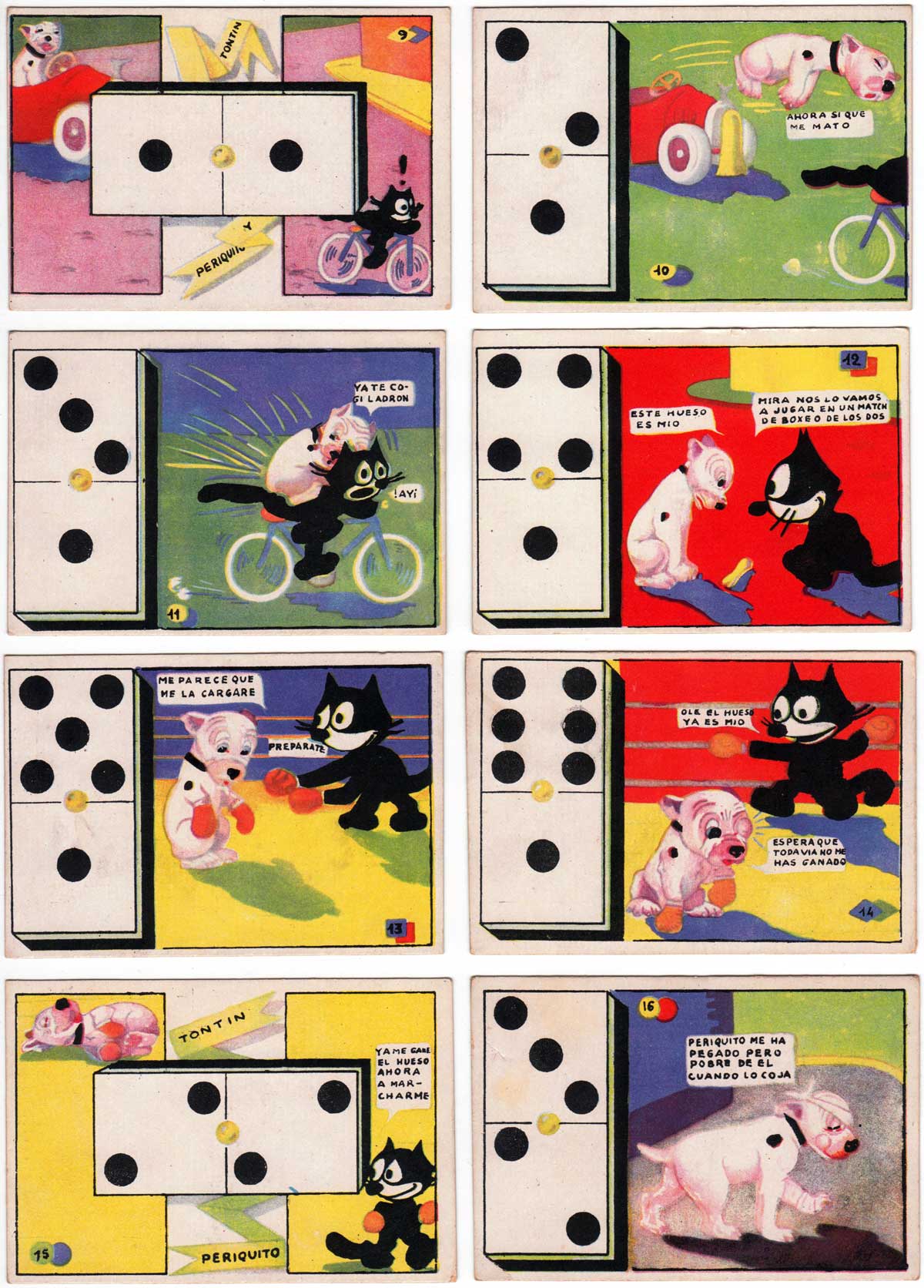 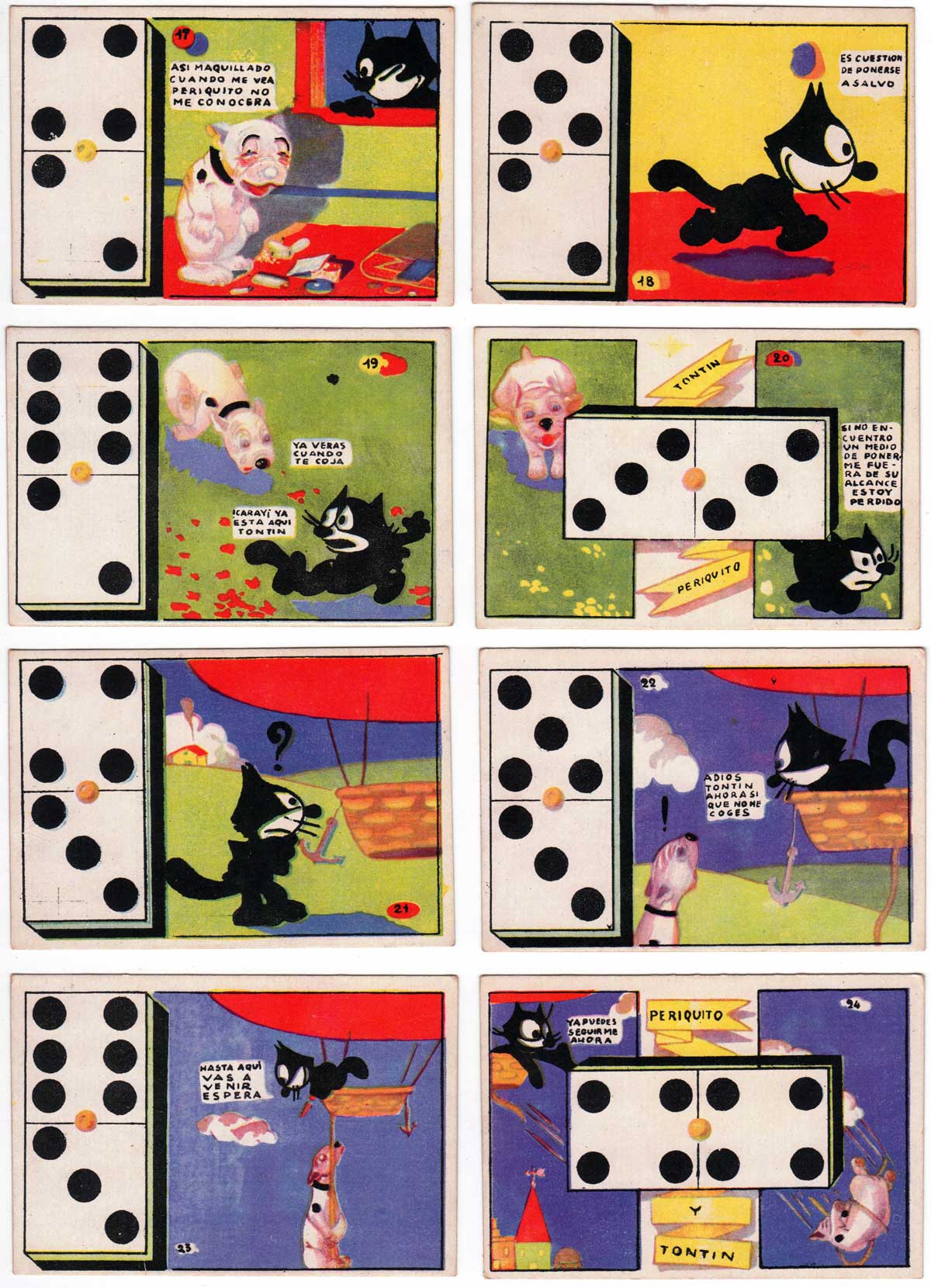 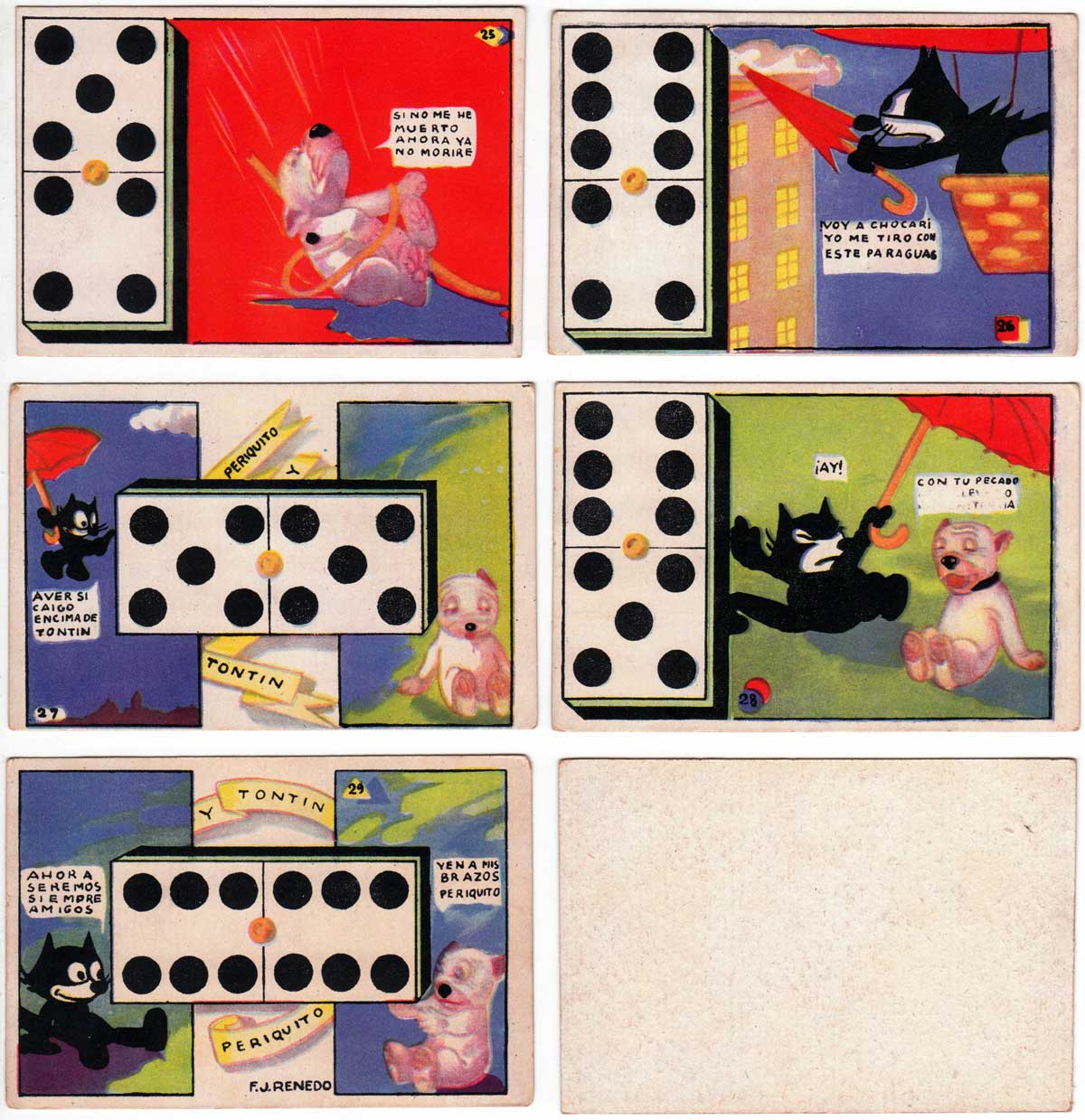 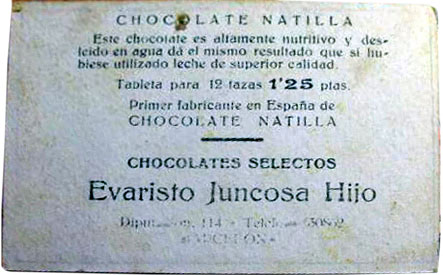 Above: Periquito y Tontín Dominoes, 1920s. 29 pieces. Cards were given away inside bars of chocolate and collected. This example has blank backs but often they have advertising printed on the reverse.