Mustering of the Mustard Club, 1926

The “Mustering of the Mustard Club” was one of many promotional items produced by Colman's for the Mustard Club which was launched in 1926. The cards were produced for Colman's of Norwich by the Chad Valley Co., Ltd of Harborne. Some of the illustrations appear to be slightly re-drawn and derived from those of an earlier Chad Valley Happy Families pack. The illustrator was the royalty artist John Thomas Young Gilroy ARCA, FRSA (1898-1985), also well known for his advertising posters for Guinness, and whose initials JG can be seen on many of the cards. In 1925 Gilroy joined the advertising agency S. H. Benson Ltd, working on major accounts including Bovril, Rowntrees and Colman’s mustard. The “Mustering of the Mustard Club” game consists of 24 cards + 6 Mustard Pot cards + a rules card inside a yellow slip case (shown right). 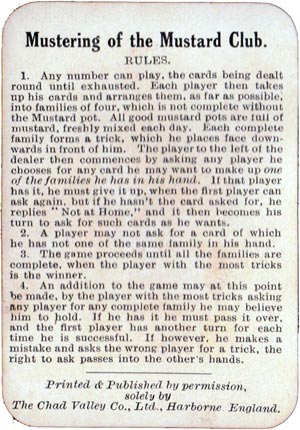 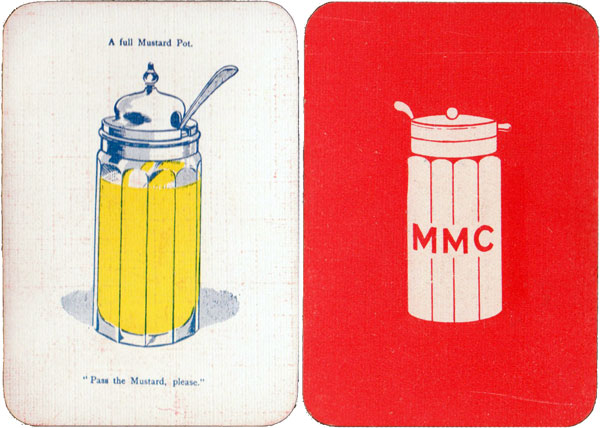