Chad Valley Toys have given pleasure to eight generations of children. Several editions of “Golden Egg” card game, which originated in the early nineteenth century as the Game of Mother Goose and the Golden Egg, were published by Chad Valley Games around the time of WW2. Whilst paying forfeits and gaining rewards as cards are played, the player who holds the “Golden Egg” card when the “Golden Goose” card is turned up is the winner. 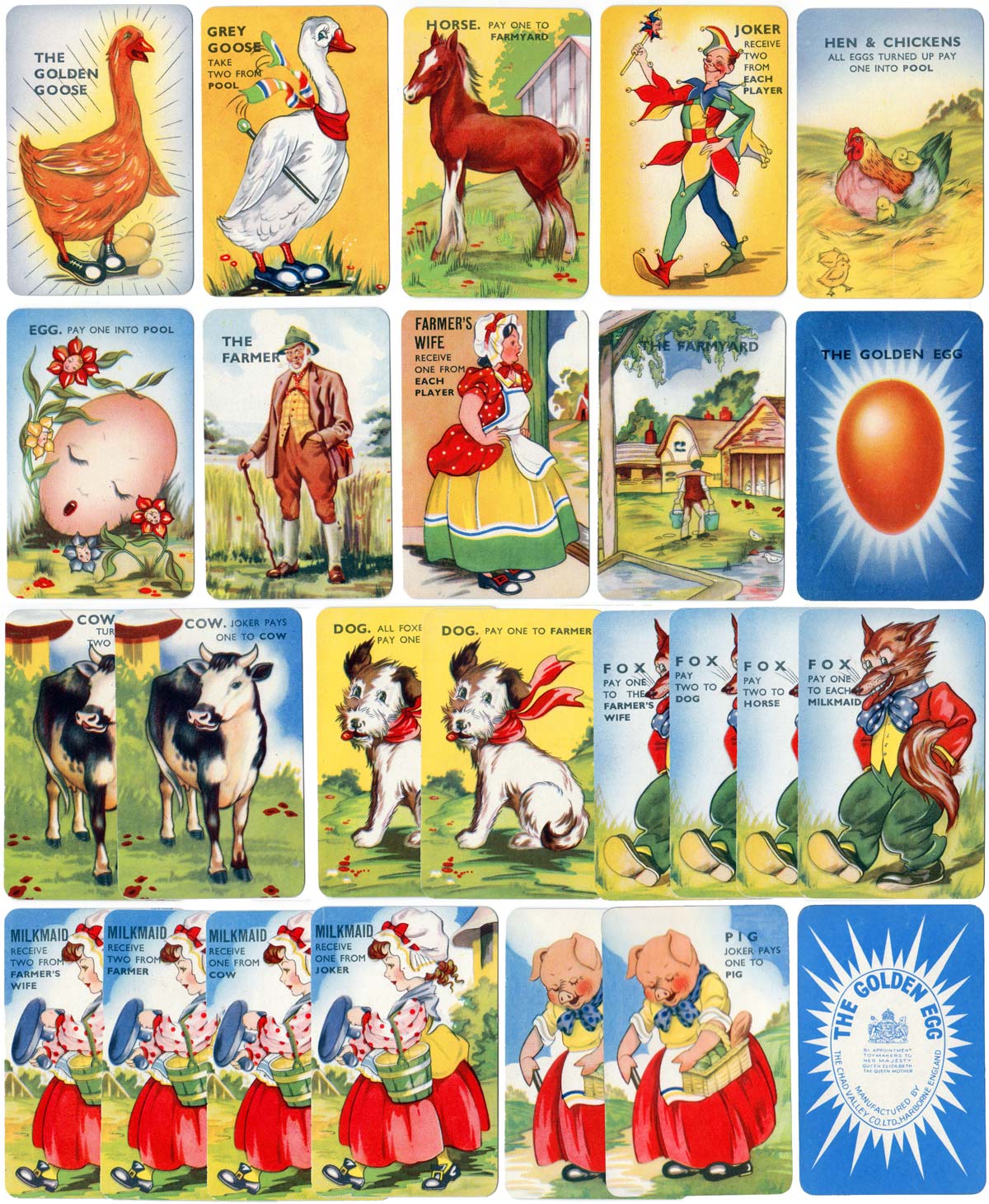