Hodges’ pack dealing with astronomy, the ‘Astrophilogeon’, was first published around 1828 in conjunction with a series of map cards. These astrological cards carried diagrams of constellations and their pictorial representations. These include the twelve Zodiac signs which is the name given to that part of the sky through which the sun travels during the year:

The Ram, the Bull, the Heavenly Twins,
And next the Crab, the Lion shines -
The Virgin and the Scales,
The Scorpion, Archer, and the Goat,
The Man that Bears the Watering Pot,
And Fish with glittering tails.

Apart from the 12 Zodiac signs, or constellations, the rest of the cards depict other constellations which are given the shapes of gods or godesses, ancient heroes or heroines, beasts and birds, all playing their part in the great heavenly drama. On dark nights, perhaps while guarding the sheep from the wolves, the Greek father would teach his son the names of the constellations and their positions. Each one had a story. The Swan and the winged horse are flying an eternal race, while Andromeda struggles with her chains... 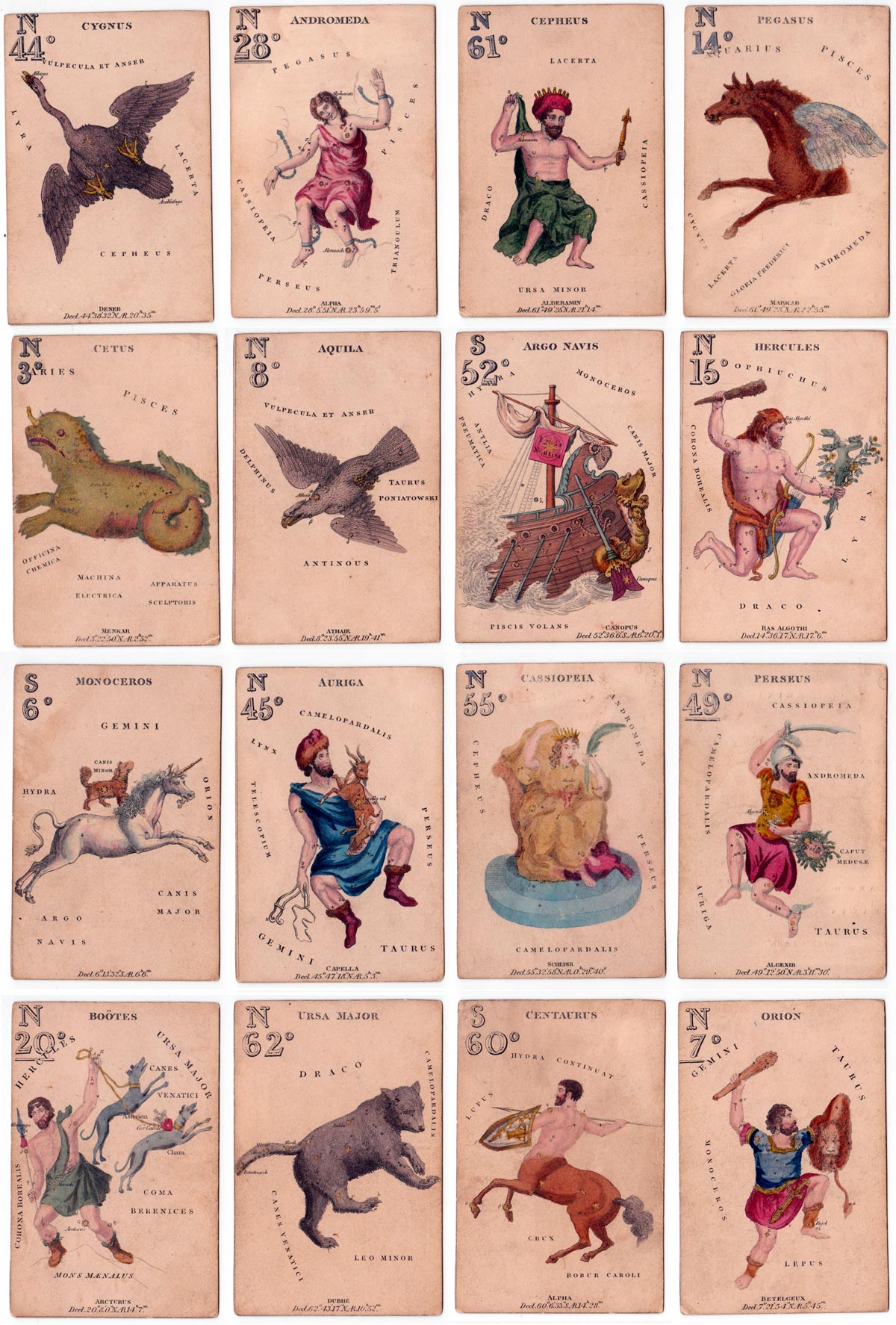 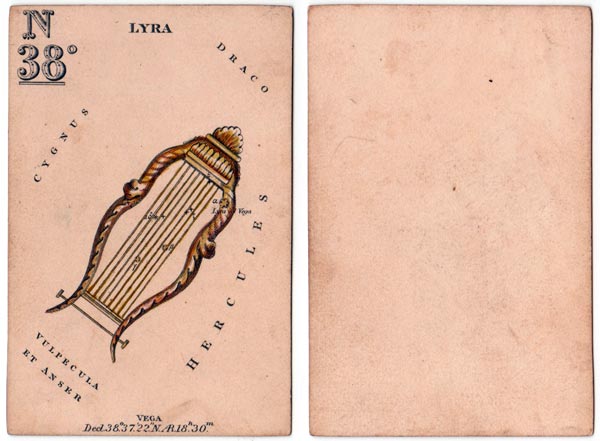 The Zodiac was established about 2000 B.C. by the Babylonians. It was adopted by the Greeks and regarded with superstitious awe. The various movements of the sun, moon and planets formed the basis upon which astrologers cast horoscopes.

These Constellation cards were published in conjunction with map cards, and the object of the game was to obtain pairs of map and constellation cards from similar parts of the terrestrial and celestial globes.