Karl Gerich’s design No.22, “Rouennais”, was published under the Victoria P.C.C. name in 1990, although the plates had been made a few years earlier. It is based on what is probably the first Rouen pattern, details of which survived into the Liège pattern until c.1900. The kings have crowned indices. All cards are double-ended, including the joker (right) who holds a diagonal staff.

The four aces have different images of a man wearing a jelly-bean hat and an Eastern girl with shawl. 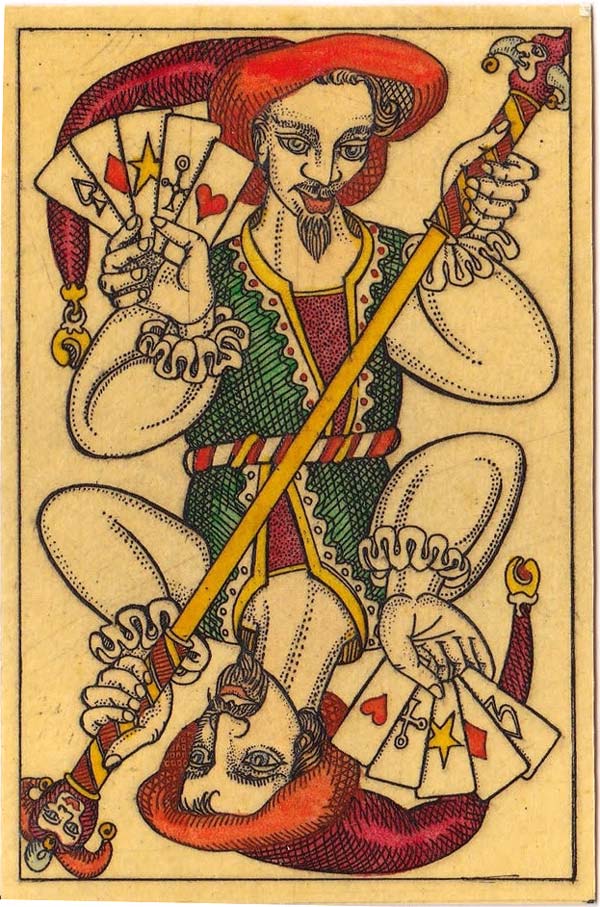 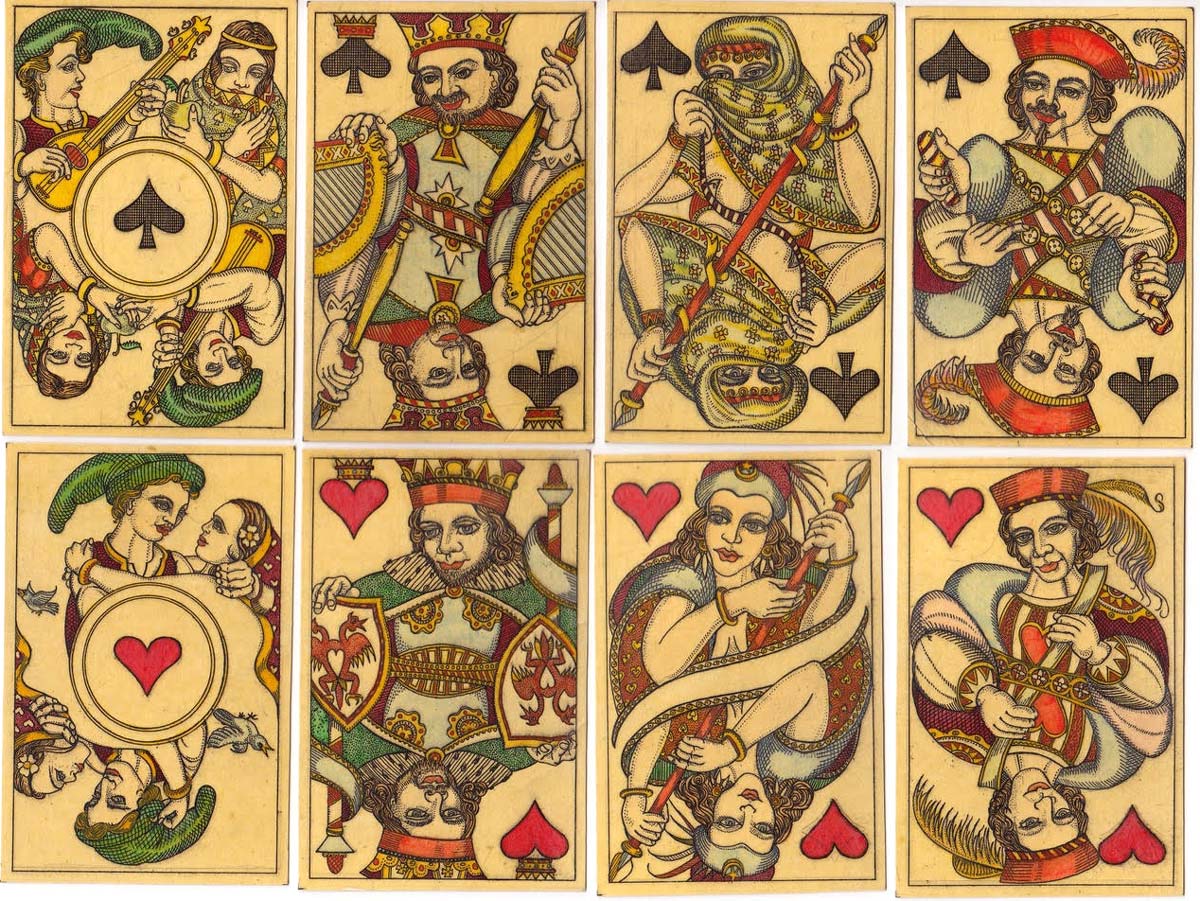 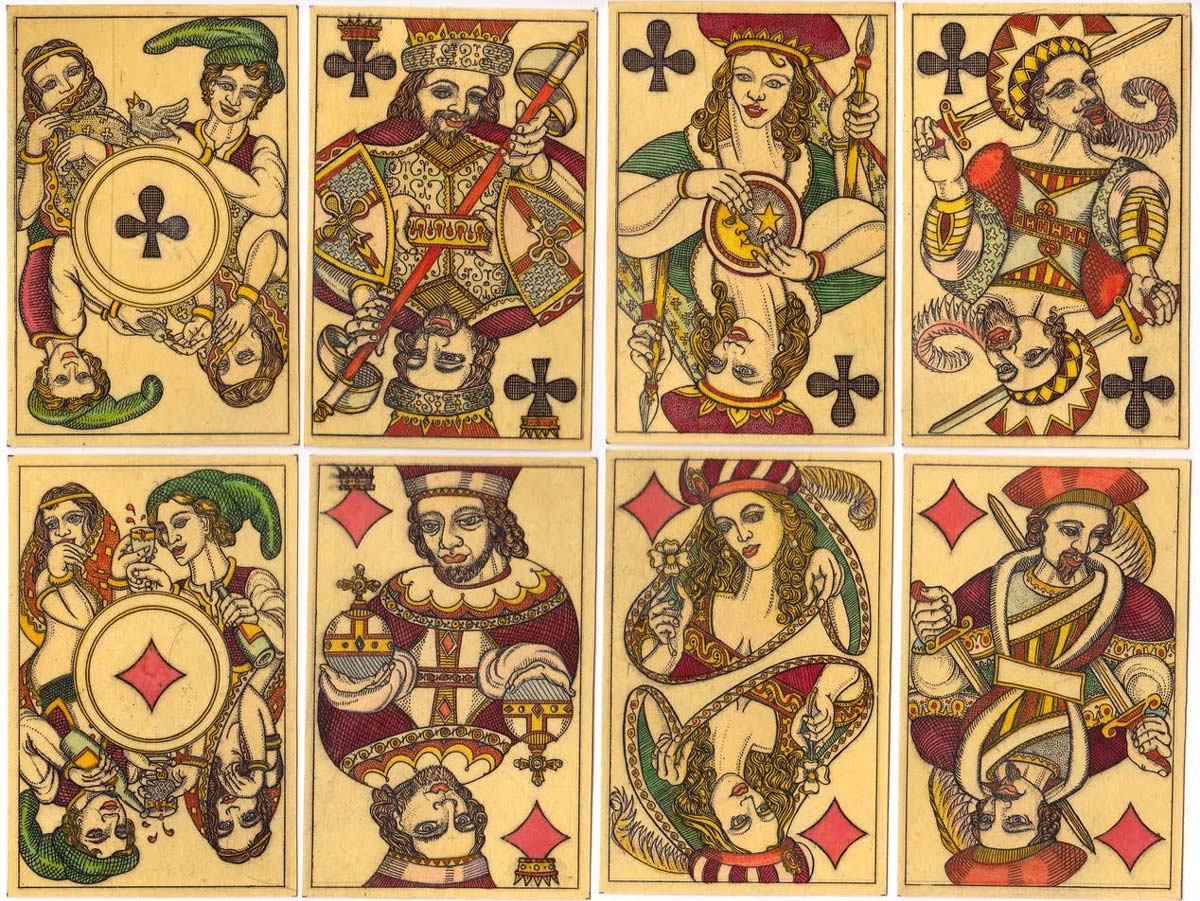