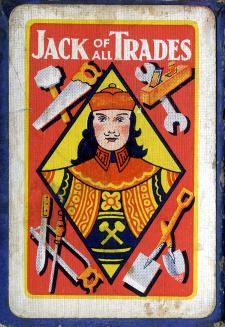 Right: the front of the telescopic box from Jack of all Trades card game, 1930s.

We can note that all the Craftsmen depicted in this card game are male. As in Kay Snap, there was not yet any expectation that women would be undertaking these traditional jobs or that they might be depicted in this card game. In a more culturally up-to-date version of the game we might expect to see female decorators, police officers, soldiers, and so on, but not in the 1930s!

“Jack of all trades, master of none, though oftentimes better than master of one” is a seventeenth century phrase suggesting a person whose knowledge is superficial. 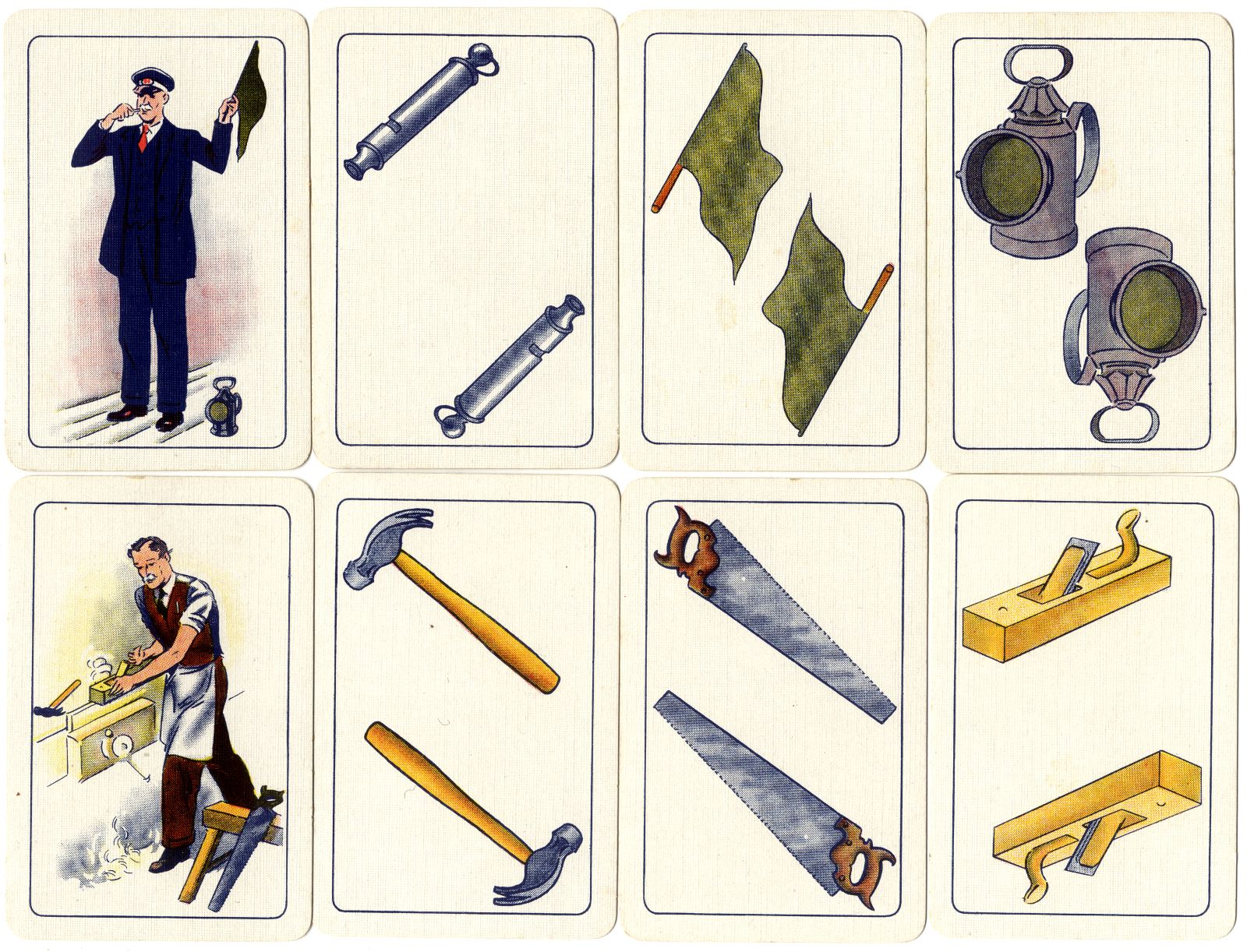 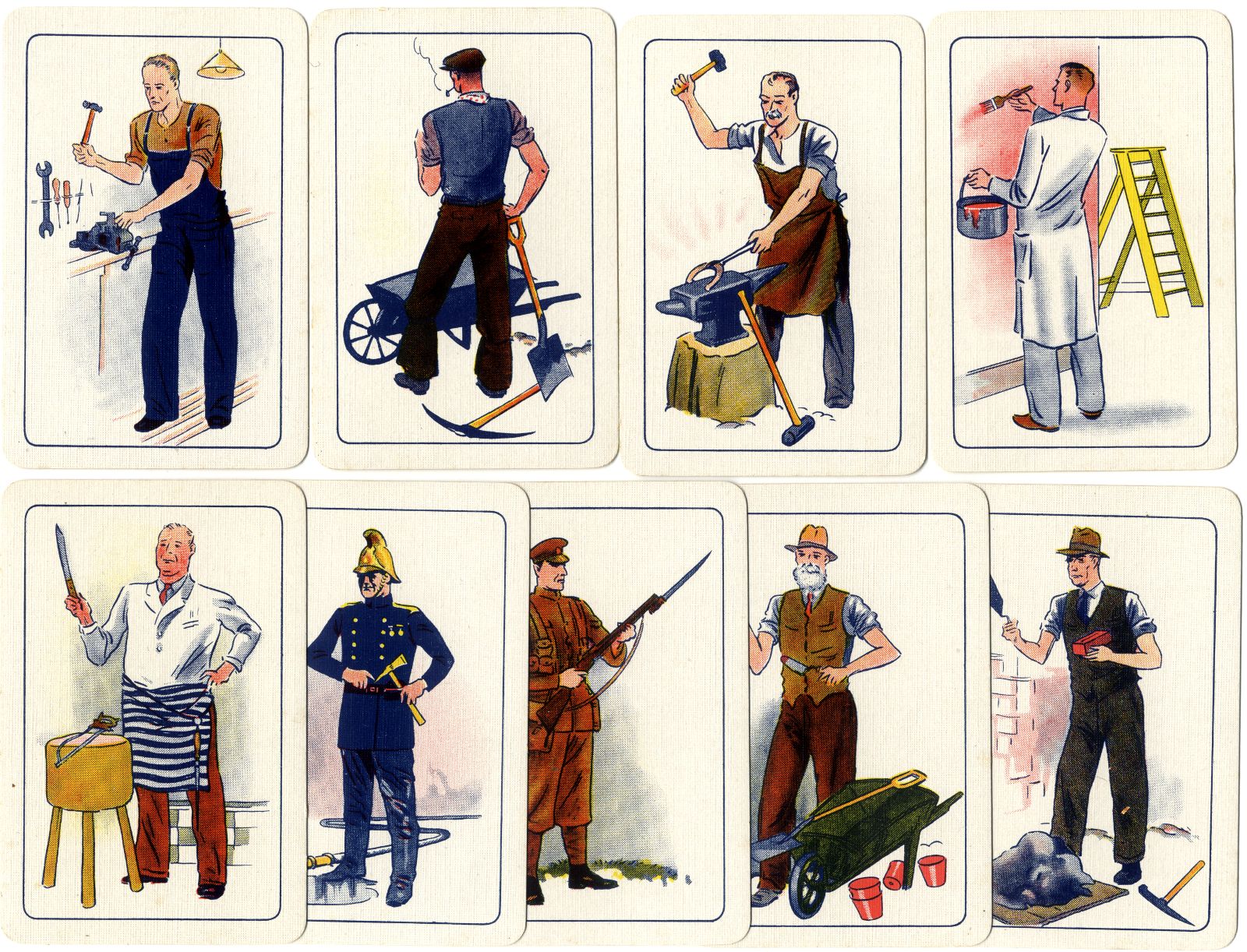 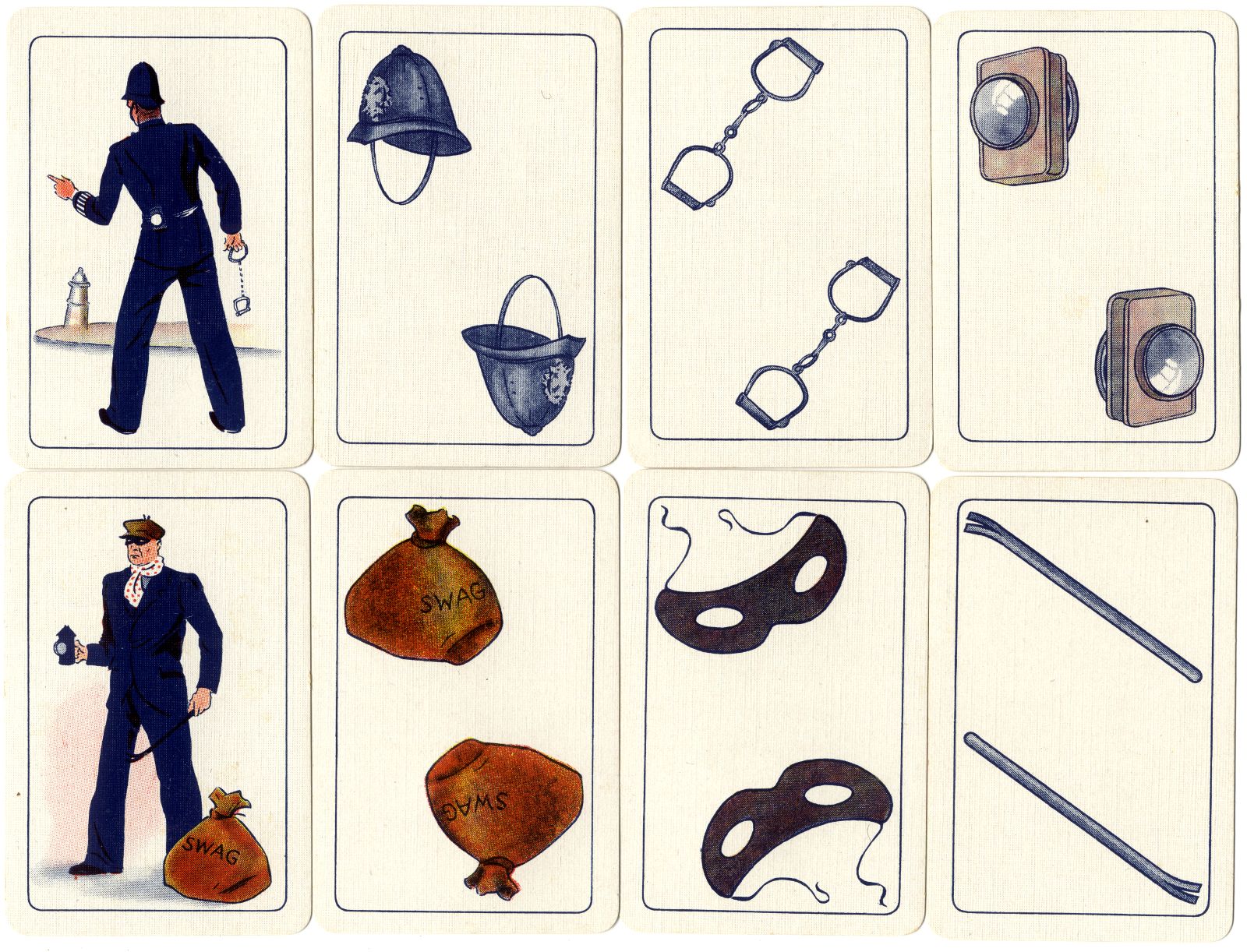 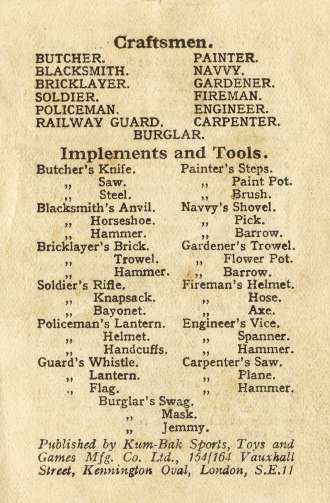 Above: cards from “Jack of all Trades” card game by Kum-Bak Sports, Toys and Games Mfg. Co. Ltd, 154/164 Vauxhall Street, Kennington Oval, London S.E.11, c.1935. The pack contains a total of 52 cards. Thirteen of the cards represent various Craftsmen, and the remainder represent the Tools and Implements used by these Craftsmen in following their employment. The back of the rules leaflet (shown right) lists all the craftsmen and their implements and tools. The Burglar is also listed as a craftsman, and presumably he provides employment for the Policeman.

The game can also be played as a form of Happy Families. If a player doesn't have a card of the set required when asked, he must reply, "On strike".

The original retail price of Jack of all Trades was 1/6d. In 1939 Kum-Bak sold their card games business to Castell Bros (Pepys Games).