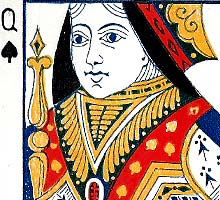 Indicators, patented in 1883, soon became the standard for use in all Dougherty decks. The first deck in this brand was issued in 1894. They proved to be one of Dougherty's biggest sellers for over 35 years. Several new brands were created using the Indicator Ace of Spades with merely a change of name on the box, also in narrower sized decks for Bridge and Whist, and with various types of Joker. In the example shown here, No.50 appears at the bottom of the Ace of Spades and the cards have corner indices and miniature suit symbols in the corners. 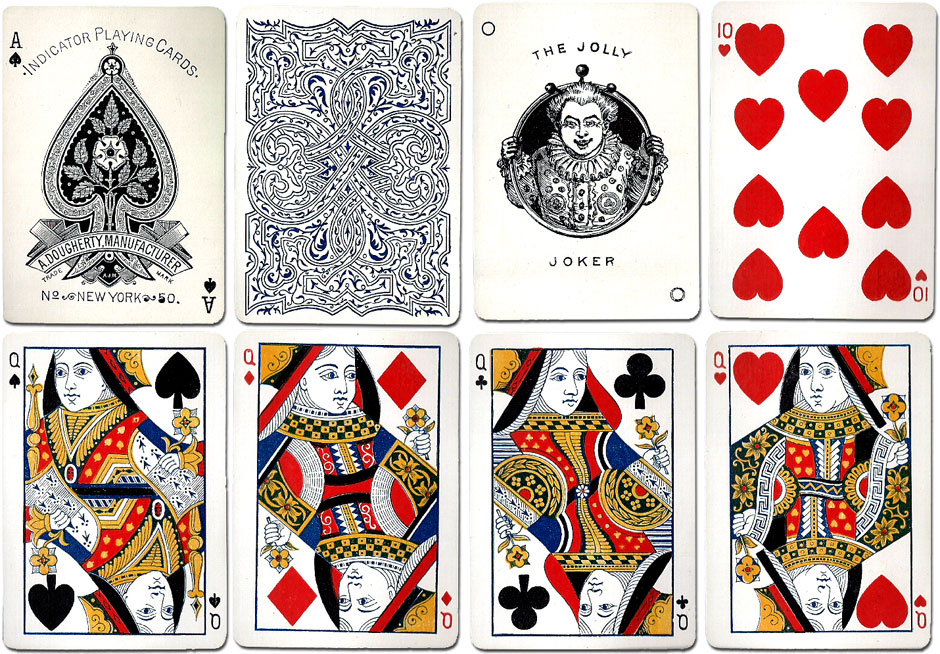 Above: A. Dougherty’s 'Indicator No.50' playing cards, c.1896. The back design appears to be inspired by the work of the English card back designer, Owen Jones. Dougherty is reckoned to have copied back designs of Owen Jones and others. However, an almost identical design was published by as Charles Bartlet some years earlier. Images courtesy Rod Starling. 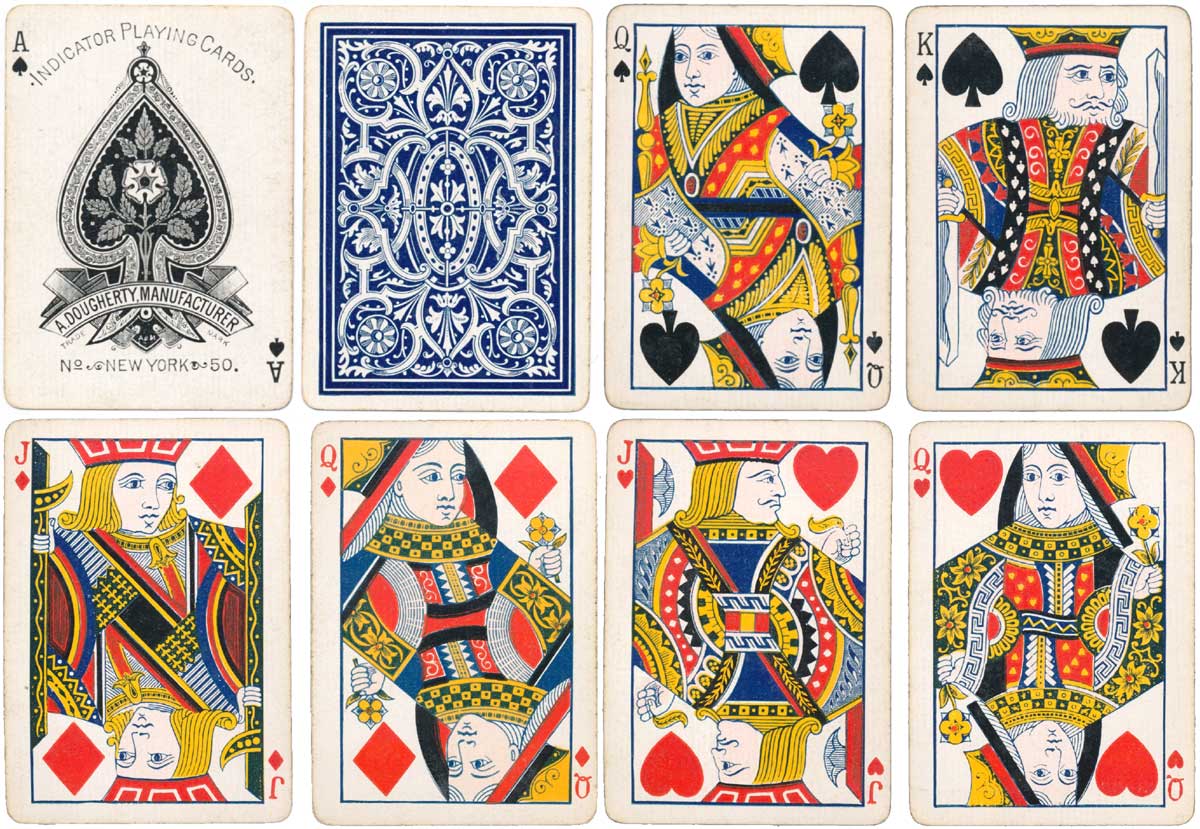