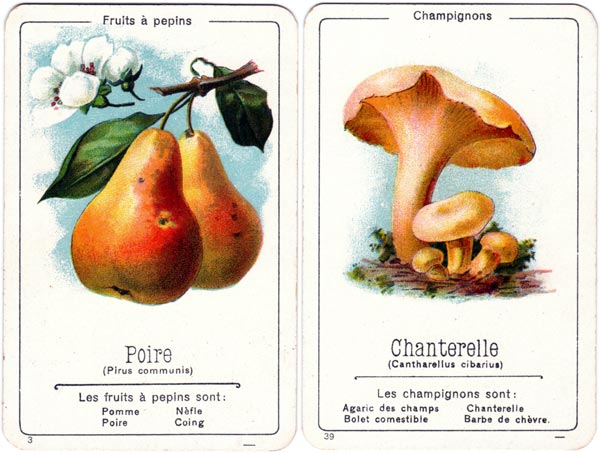 All the green, healthy food you could ever want... reduce your stress and lose weight! The beautiful artwork in Dondorf's “Fruits et Légumes des Champs et des Jardins” reminds us of the benefits of natural food without additives. The game contains 40 cards divided into ten sets of four cards each being a different type of fruit, vegetable or cereal. The winner, as in most ‘Happy Families’ or quartet games, is the player who completes the highest number of sets. 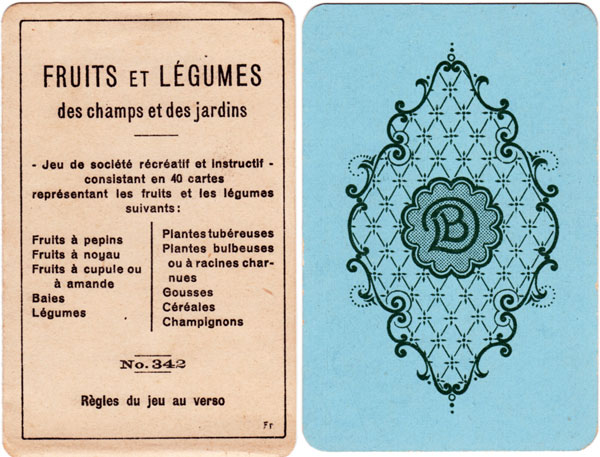