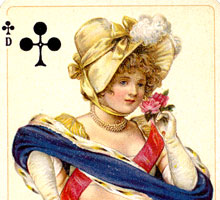 The costumes in these luxury playing cards first published by Dondorf towards the end of the 19th century are in the style of c.1800; the days of brocades, lace and periwigs are over but costumes still look like pieces of art! The four Kings carry the usual insignia and are clean shaven. The Queens, who wear short sleeved dresses with bonnets adorned with chin straps and roses, hold a rose, a fan, a bird or a letter. The Jacks, one of whom carries a sealed letter and another holds a dagger, are reminiscent of lads from the time of the French Revolution. The four Aces are decorated with ribbons and vines. Printed by chromolithography in 13 colours with the addition of red and black suit symbols. 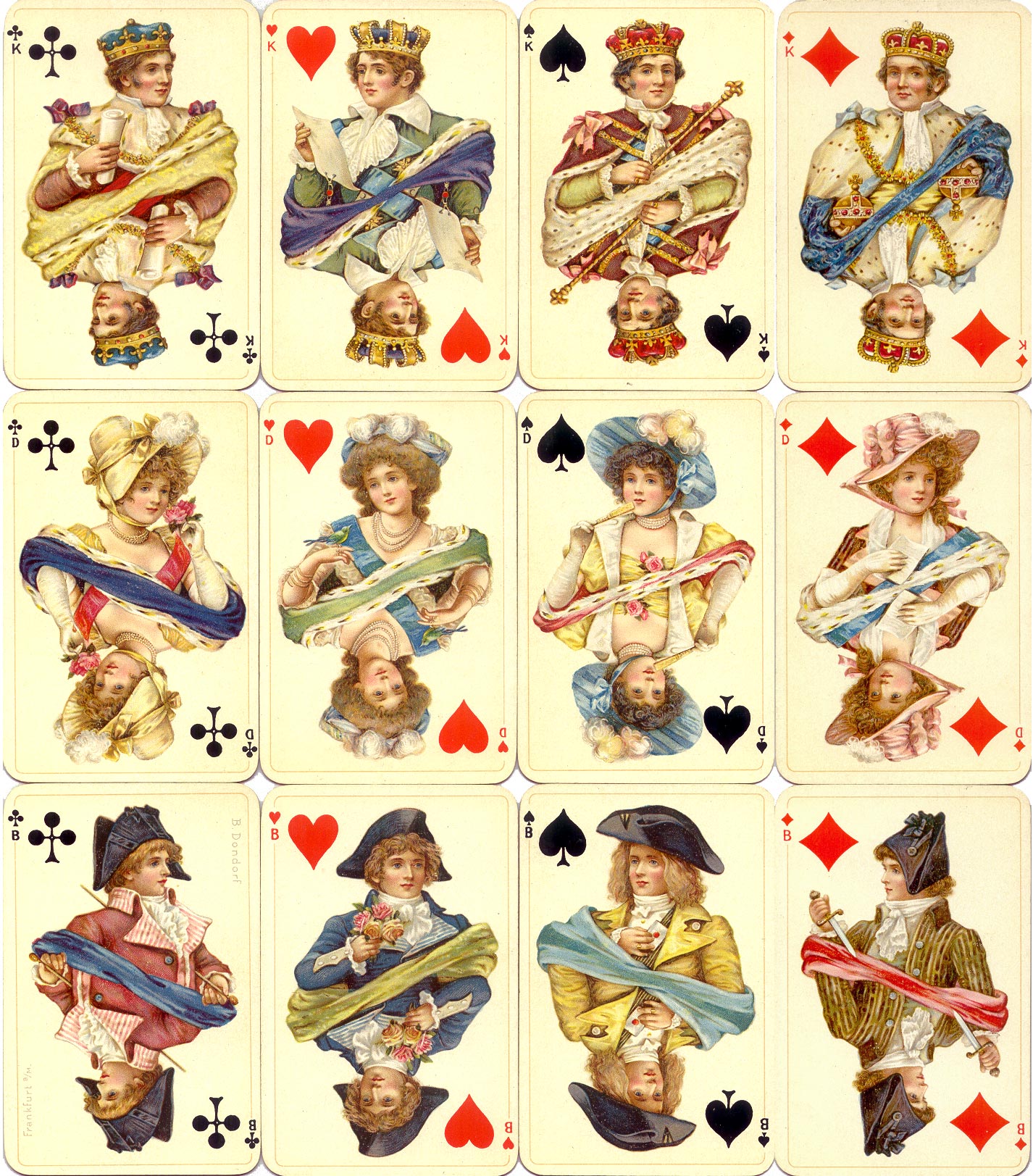 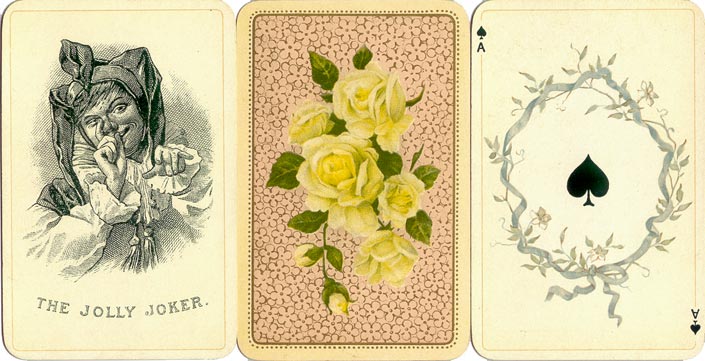 The maker's name can be read on the Jack of Clubs. The deck was exported to Switzerland and Denmark, and was sold in England through the importing agent Edward Hamilton (later Hamilton, Hills & Co., London E.C.), as “The Imperial Pack of Unique Playing Cards No.172”. It was also produced in patience size during the 1980s. Images courtesy Barney Townshend.