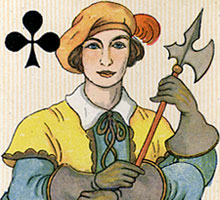 Walter Scharff was of Jewish descent. After some early experiences working in a cardboard factory and printing business cards, Walter Scharff established a playing card factory in 1923 and published a small but elegant range of German, Swiss and French-suited decks. There was a lot of competition in the playing card industry in those days, and in 1931 his business was taken over by V.A.S.S. For a time he was a member of the board of directors and his cards were sold under his old trademark, but with the rise of Hitler's dictatorship he lost his shares and commercial interests in Germany and in 1937 Walter Scharff and his family emigrated to Egypt where he founded “Moharrem Press” in Alexandria. His new trademark was a camel. However, due to political events, in 1962 he was forced to emigrate once again, this time to Switzerland. He died in 1967, aged 74. 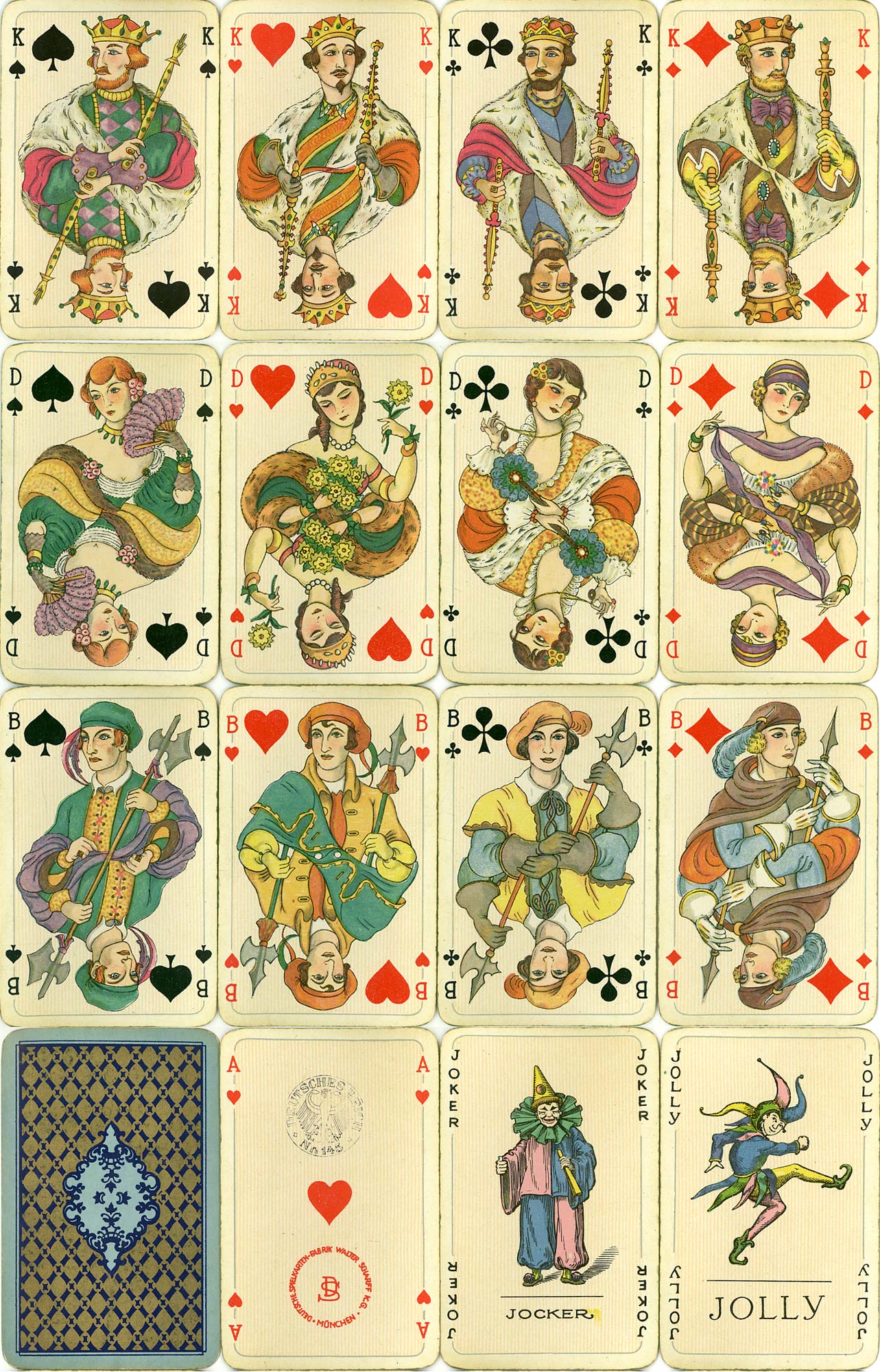