Dal Negro’s boxed Bridge set features a 19th century Vienna pattern court (which in turn has earlier French ancestry). From time to time regional patterns from one area migrate or are exported to others. In this case a pattern used in Austria has been produced in Italy to be used as a standard French-suited deck with English indices. The maker’s name appears on the king of spades’ sash. The jack of clubs carries a corrupt version of an ancient weapon. The back designs show classical Roman antiquities. See the Box► 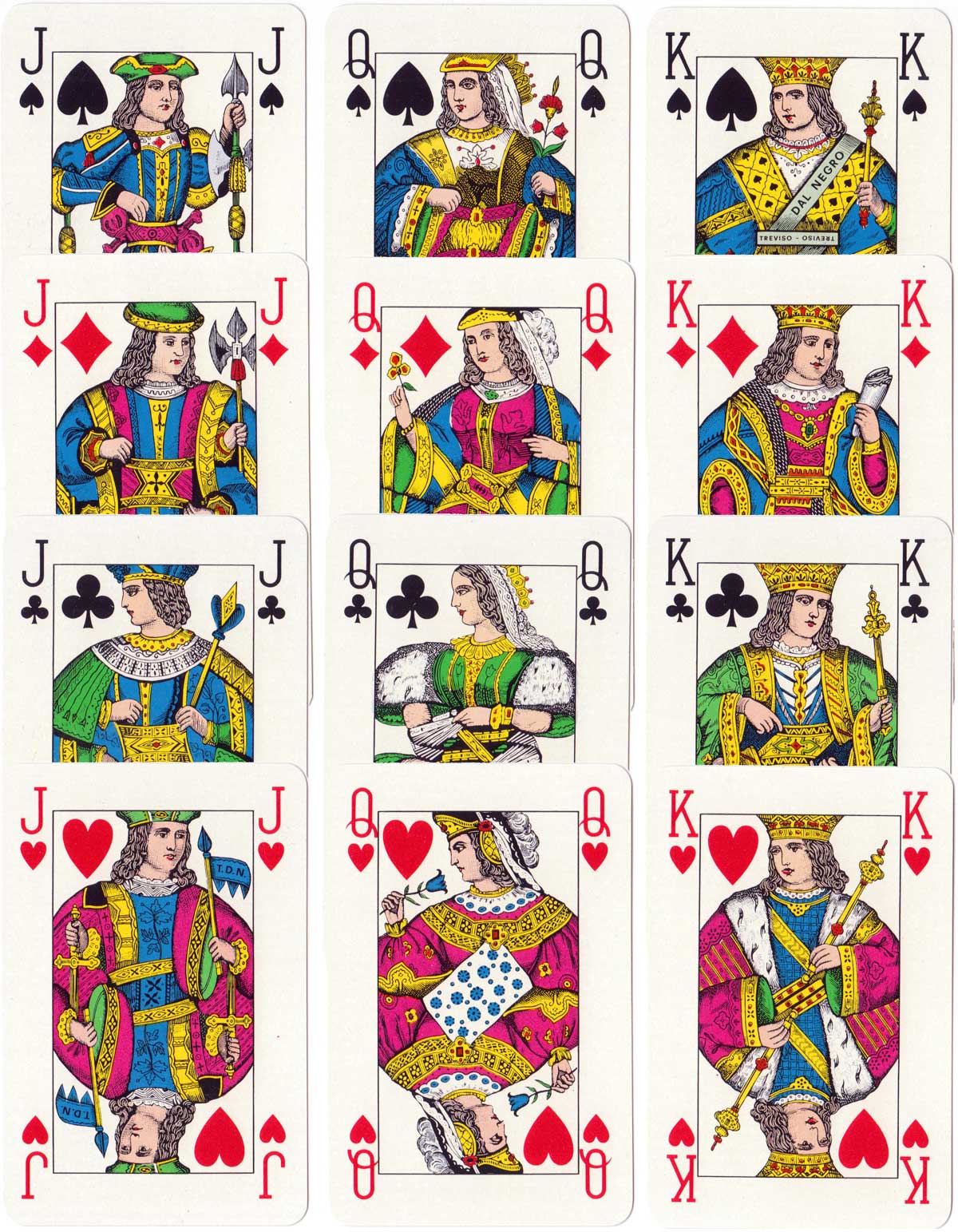 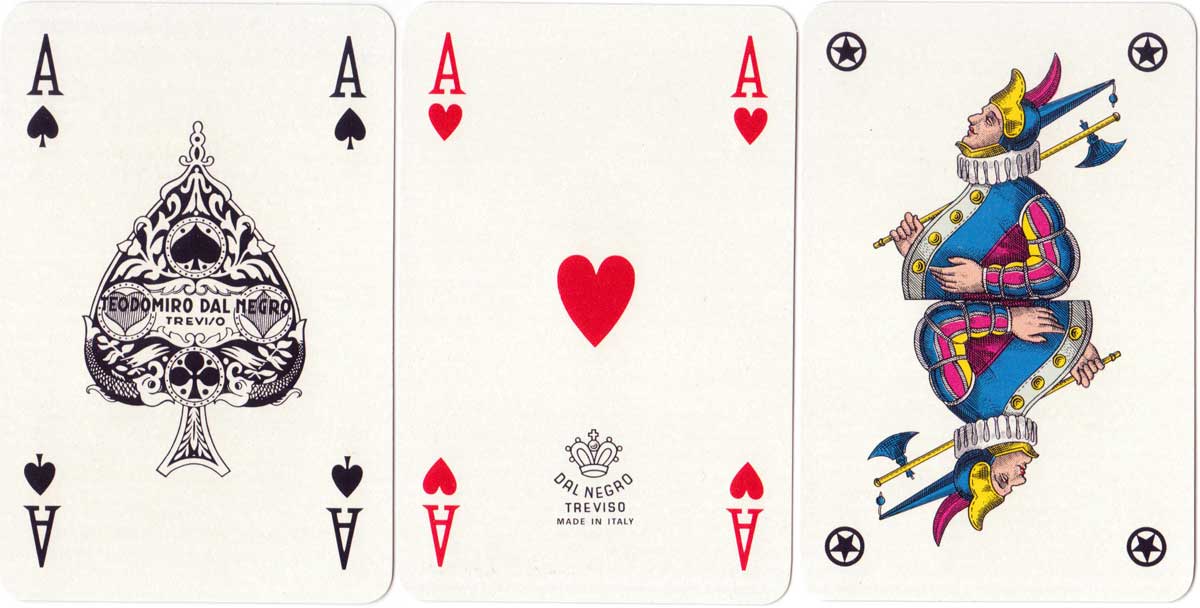 Right: three cards from mid-19th century Vienna pattern made in Austria by C. Titze & Schinkay showing the original queen and king of hearts which now appear as diamonds. 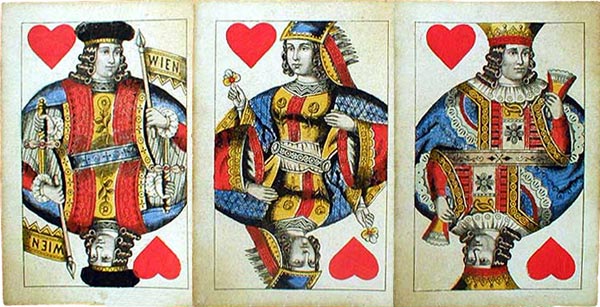 There is a tenuous connection between Dal Negro and Austria. The company was originally founded by an Austrian and acquired by the Dal Negro family in 1928  more →