The double ended version of the Piedmontese Tarot evolved during the second half of the nineteenth century, most probably in Turin. It is still produced and used today.

Although it originally was a single-figured, or full-length design, the double ended version of the Piedmontese Tarot shown on this page evolved during the second half of the nineteenth century, most probably in Turin. It is still produced and used today. The usual format is with Italian inscriptions (instead of French) and Arabic numerals on the trumps. The manufacturer's details can be read on the ace of coins. In the top row this reads: “Viassone Alessandro, Torino, Fabbrica Via Nizza 104, Deposito Via Arsenale 4” and there are two duty stamps, one dated “13 Gen 85”. 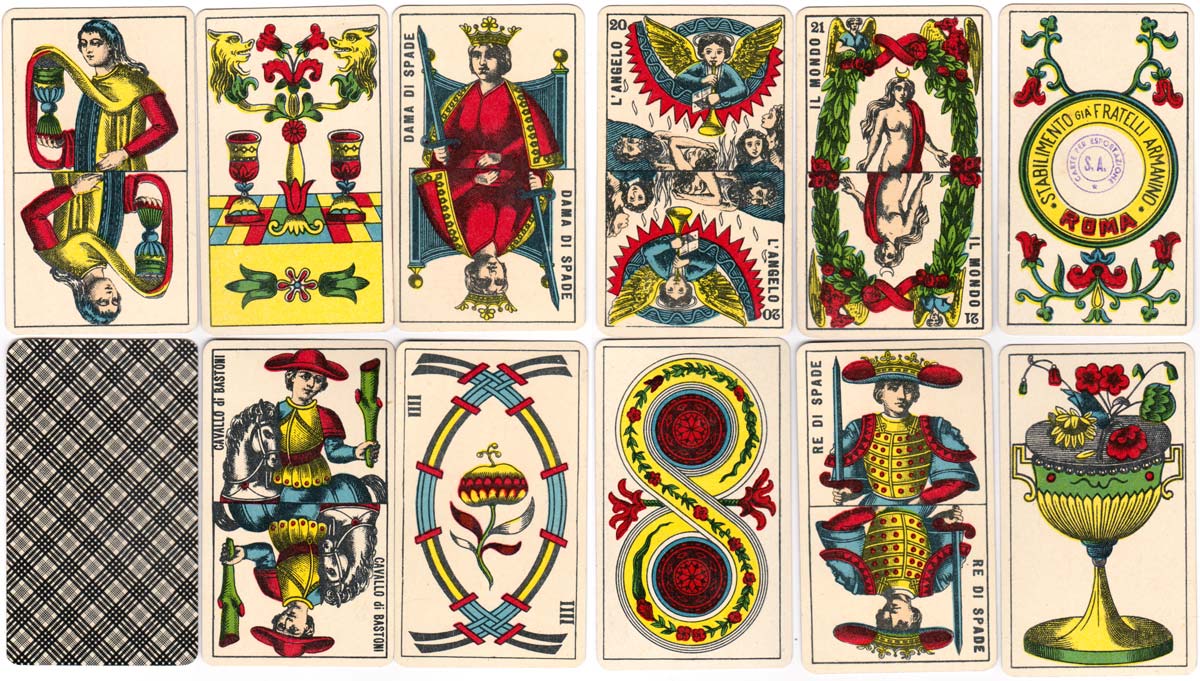 Above: Tarocchi Piemontesi manufactured by Armanino, Rome, c.1965. The Ace of Cups is a chalice containing flowers. 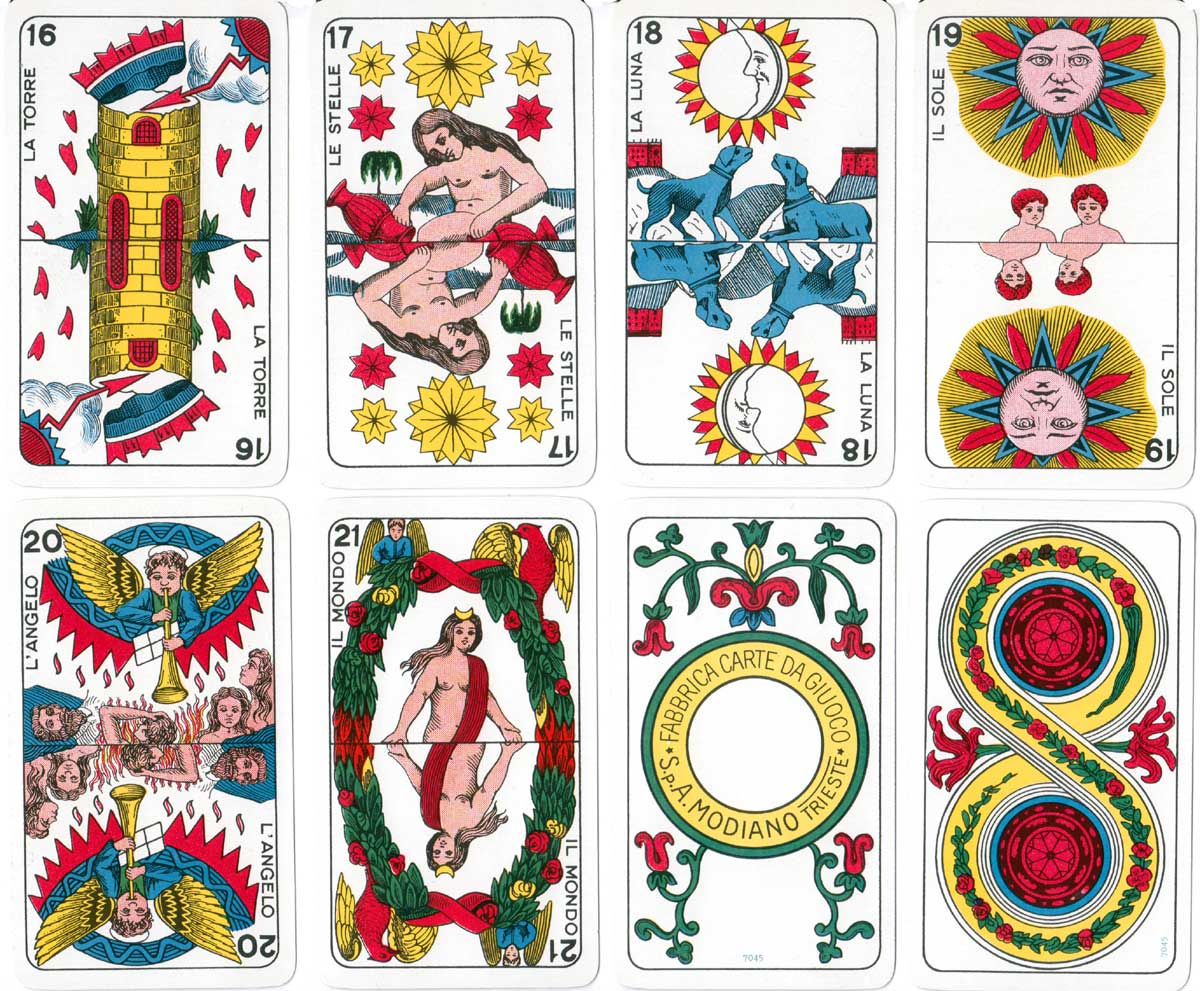 The 78-card Italian ‘Piedmontese’ Tarot has survived where other styles have become extinct and is used outside Italy. 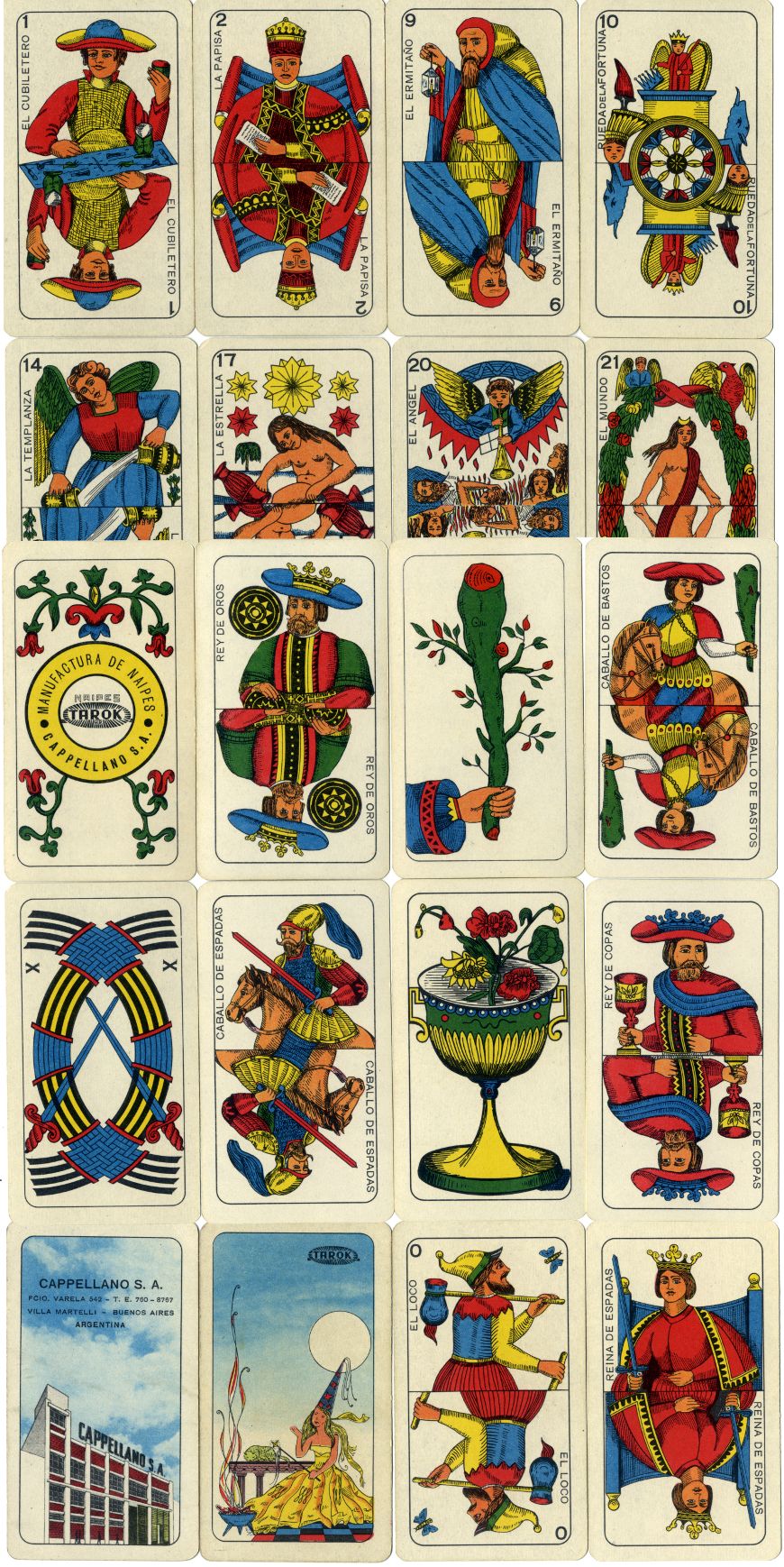