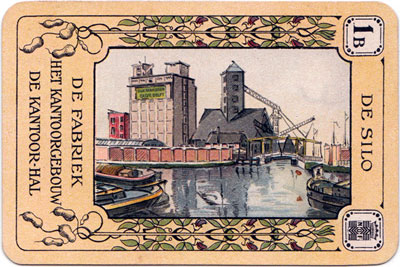 The Nederlandsche Oliefabriek Calvé of Delft (Dutch Oil Factory) was formed when Nederlandsche Oliefabriek and the French company Calvé merged in 1897. NOF had been founded in 1883 and had become renowned for its acclaimed poster art. They employed Jan Toorop (1858-1928) to design their posters and advertising material including the labels for their products. Toorop was born in Java of mixed Indonesian/Dutch and English parentage. When he was 11 years old his English mother brought him to England and he eventually married an English wife. He studied art in Brussels and travelled around Europe, living in Belgium, England and Holland. NOP were processors of peanuts from the Dutch East Indies where they had long been introduced from South America. They produced not only peanut butter but also large quantities of peanut oil, known to the Dutch as salad oil. The style of Jan Toorop’s work was, at the time, Art Noveau or Jugendstil as it was known on the continent. Such was the quality of Toorop’s work that the Dutch often referred to Art Nouveau as “Slaolie Stijl” or Salad Oil Style. 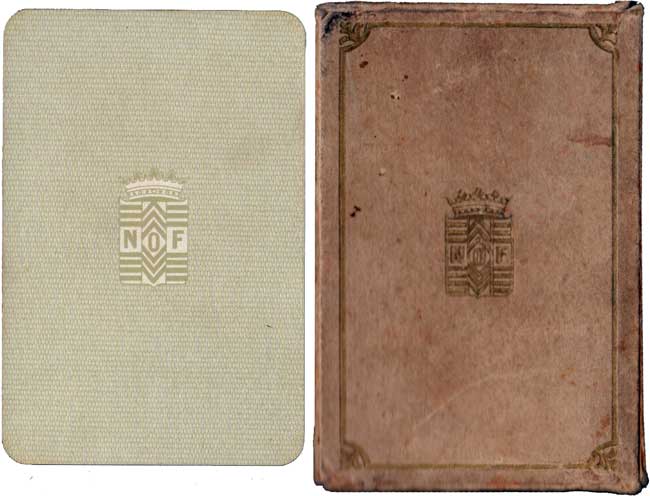 Above: Nederlandsche Oliefabriek Calvé quartet game, c.1920, illustrating the life cycle of the peanut. This beautiful quartet game must have been published before the takeover in 1928 of NOF by Unilever which was founded by Van den Bergh & Jurgens. The decorative borders around each card also depict peanut plants.

Right: the back design and the box →