Spanish National pattern re-printed from original woodblocks which are preserved in the monastery at Valdemosa, Mallorca, c.1960. No inscription remains on the Ace of Coins block, but the name and date have been applied later. The attribution to 16th century on the Ace is incorrect; probably they are mid-18th century blocks, although the Casa Guasp printing press was first established in 1579. 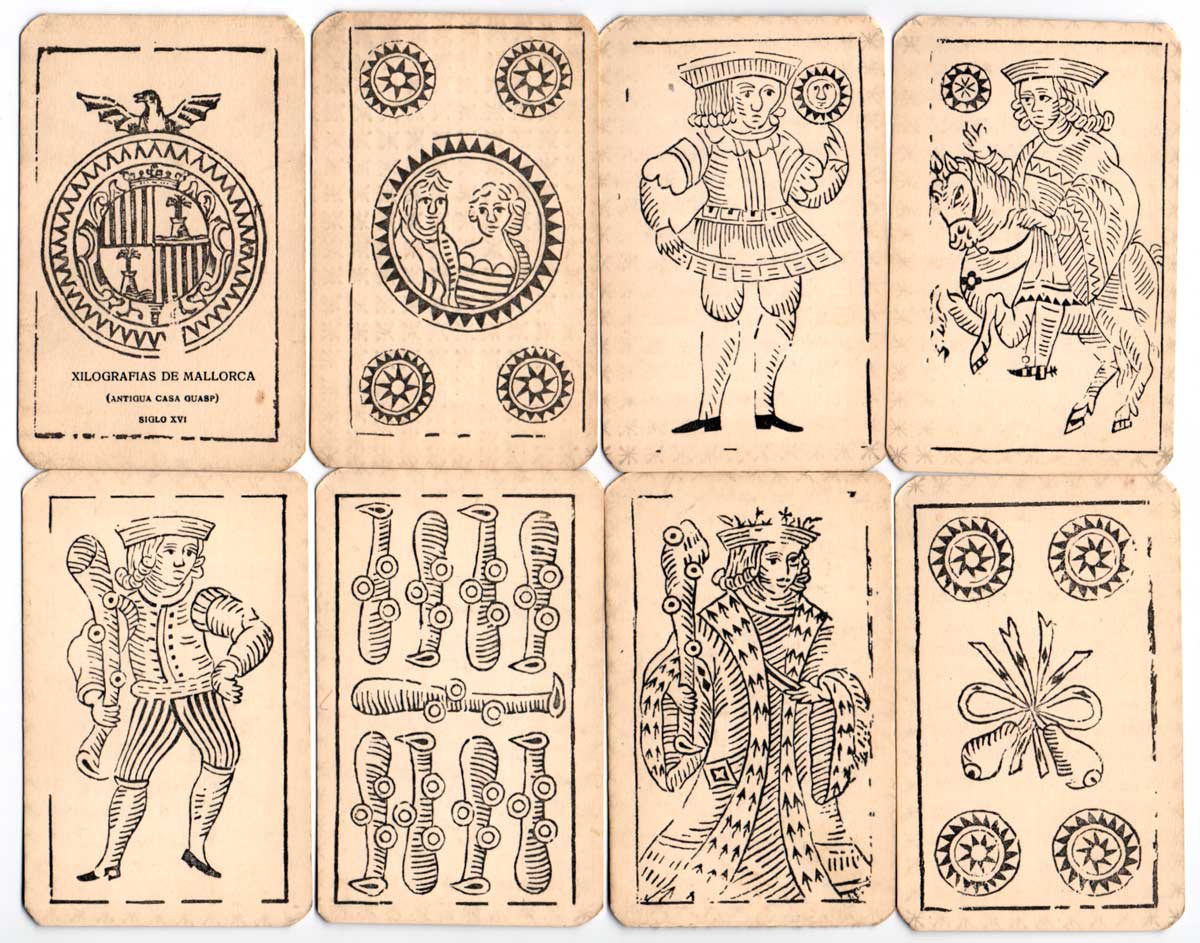 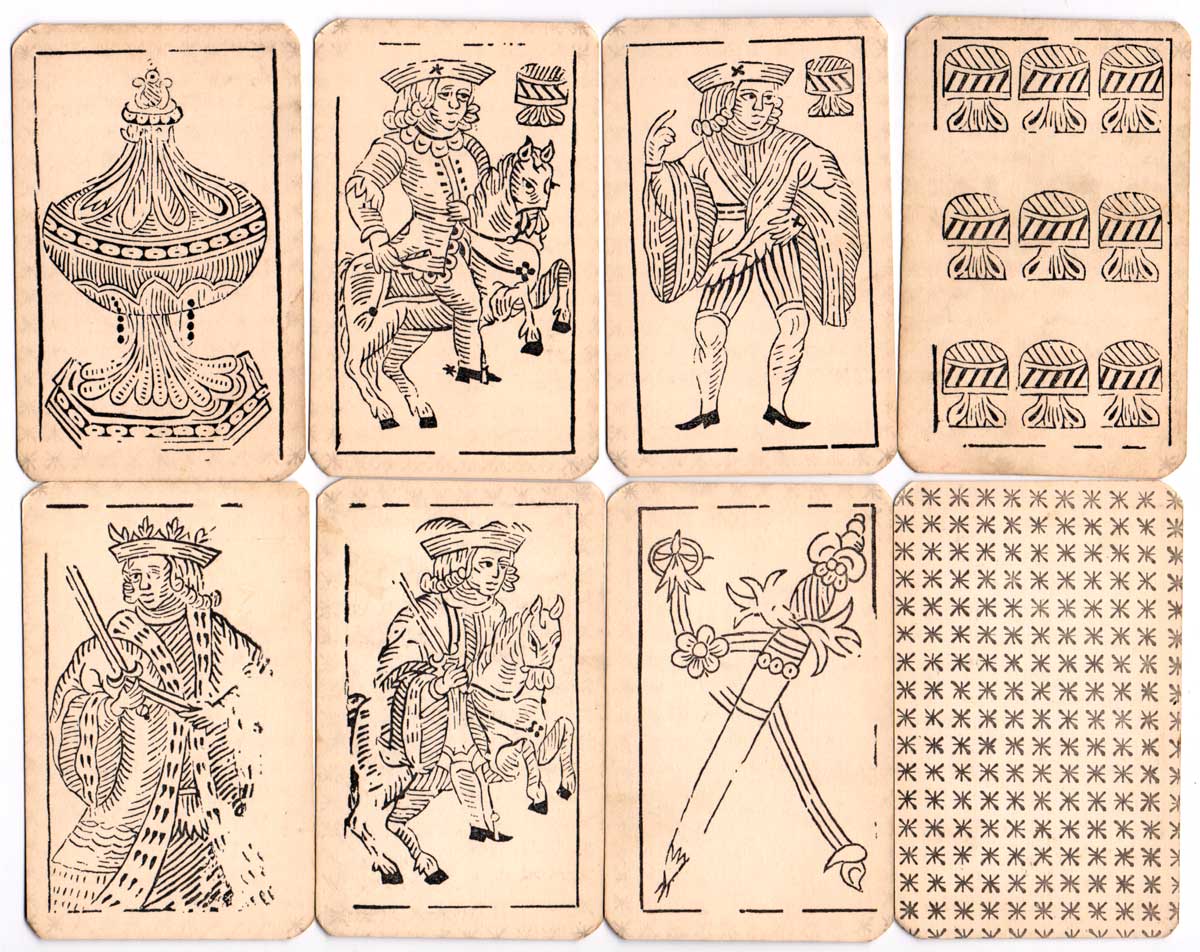 Above: Spanish National pattern printed from woodblocks which are preserved in the monastery at Valdemosa, Mallorca, probably mid-18th century blocks re-printed c.1960. The woodblocks were already worn and damaged at the time of the re-print so some details are lost. 48 cards, uncoloured.