Standard Swedish type playing cards manufactured by J.O. Öberg & Son, Eskilstuna, 1929. Where Sweden had traditionally produced playing cards based on the French 'Paris' pattern, more recently these have been replaced by newer designs, as shown below, which were perfected by Öberg and have become the new 'standard' pattern used in Sweden. The Ace of Hearts has the manufacturer's stamp and a tax stamp. The indices E, Kn, D and K are usually seen on Scandinavian cards. The detail from the box (above right) shows a number of exhibition medals, the earliest of which is dated 1897. 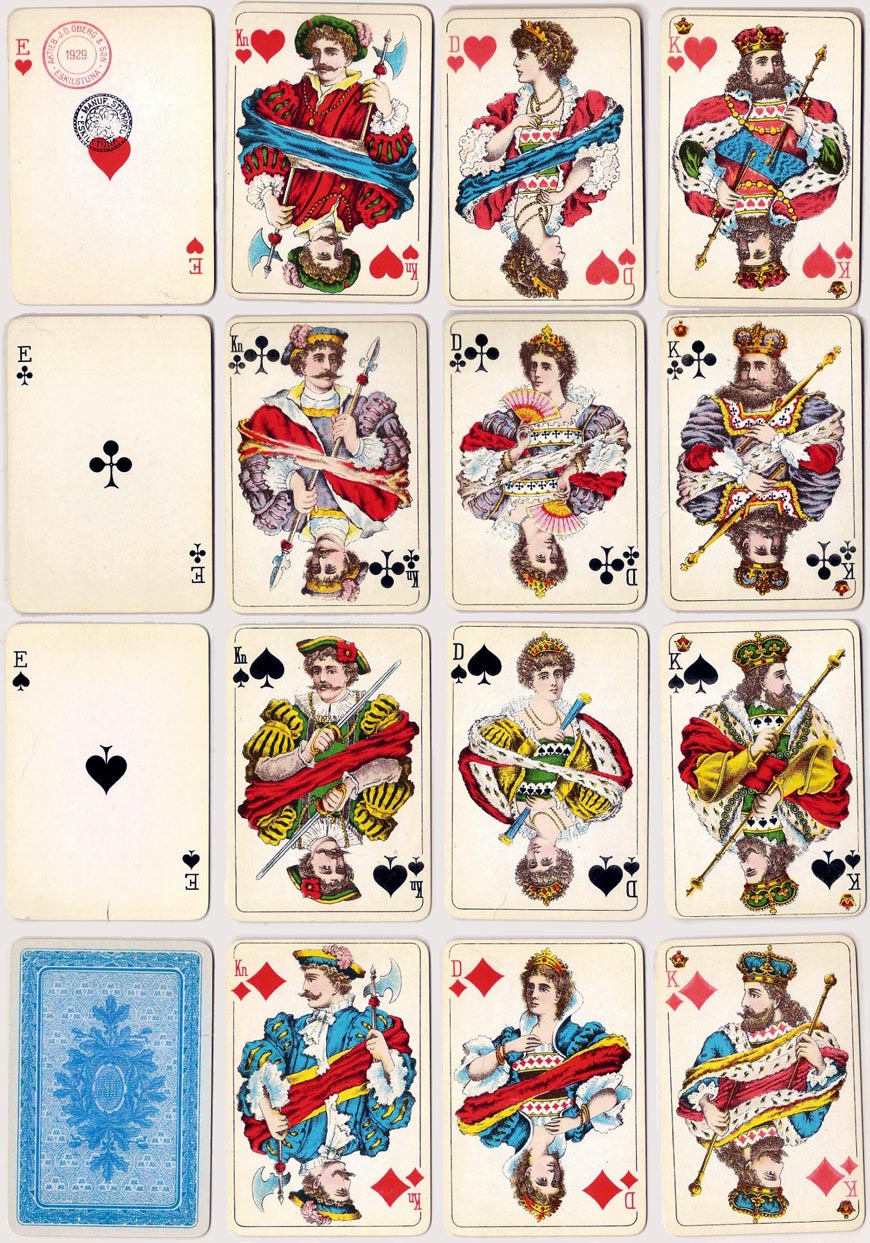 Above: Standard Swedish type playing cards manufactured by J.O. Öberg & Son, Eskilstuna, 1929. The court cards in each suit are colour-coordinated and the indices are: E, Kn, D and K.