Aesop was the most famous fable-teller of ancient Greece, over 2,500 years ago. He told fables on all matters where a moral could be added. Over the centuries these fables have been translated, re-told and presented in many different formats, registers and regional styles.

Above: the Boar and Ass illustration from a woodcut series of Aesop, Genoa, 1557. 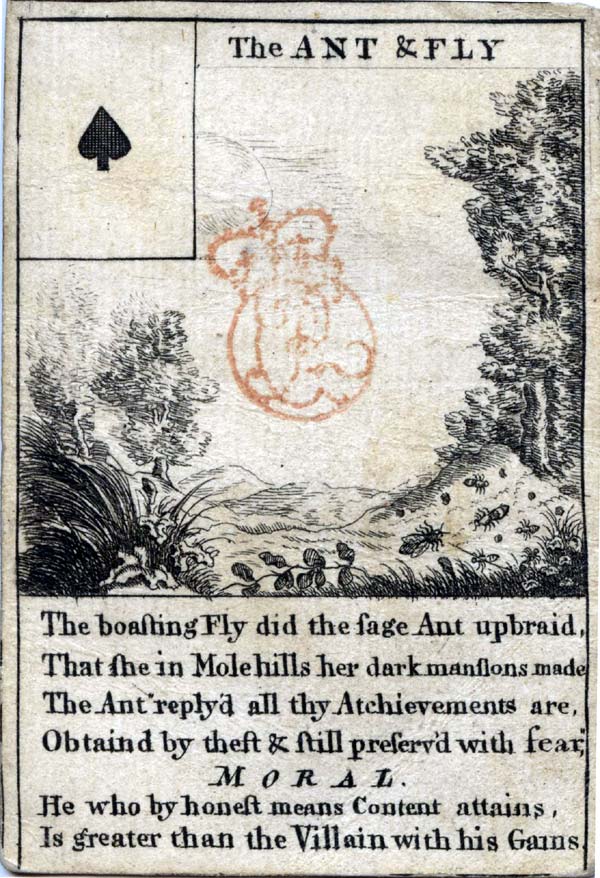 Above: Ace of Spades from the 1759 edition by I. Kirk (London) with the red tax stamp and ‘GR’ cypher. Image courtesy WCMPC► 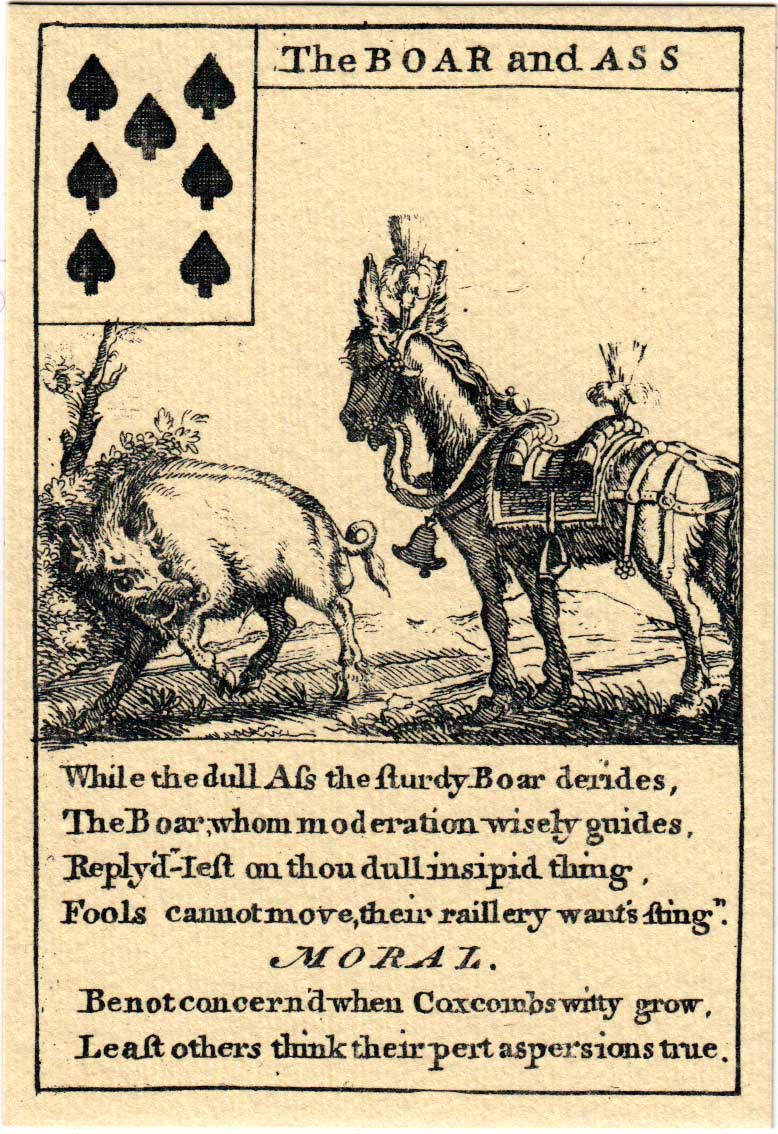 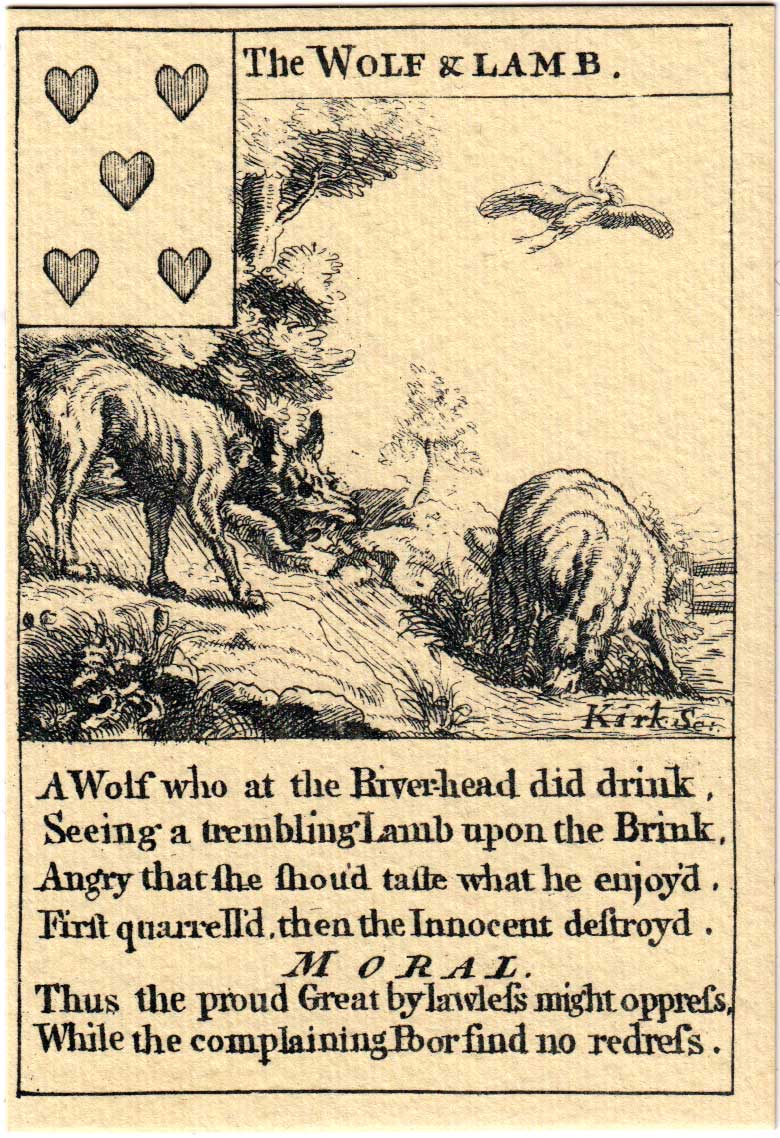 An advertisement in the Public Advertiser for December 17, 1759 reads “Æsop's Fables exactly copied after Barlow, with fables and morals in verse, to be had of the proprietor, I. Kirk at the Grotto Toy Shop in St Paul’s Churchyard.” 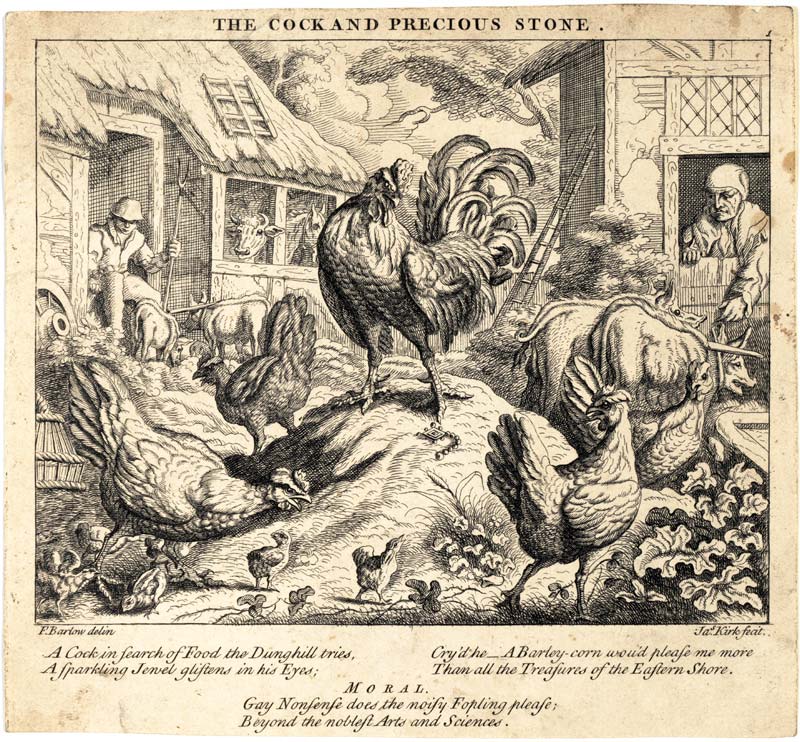 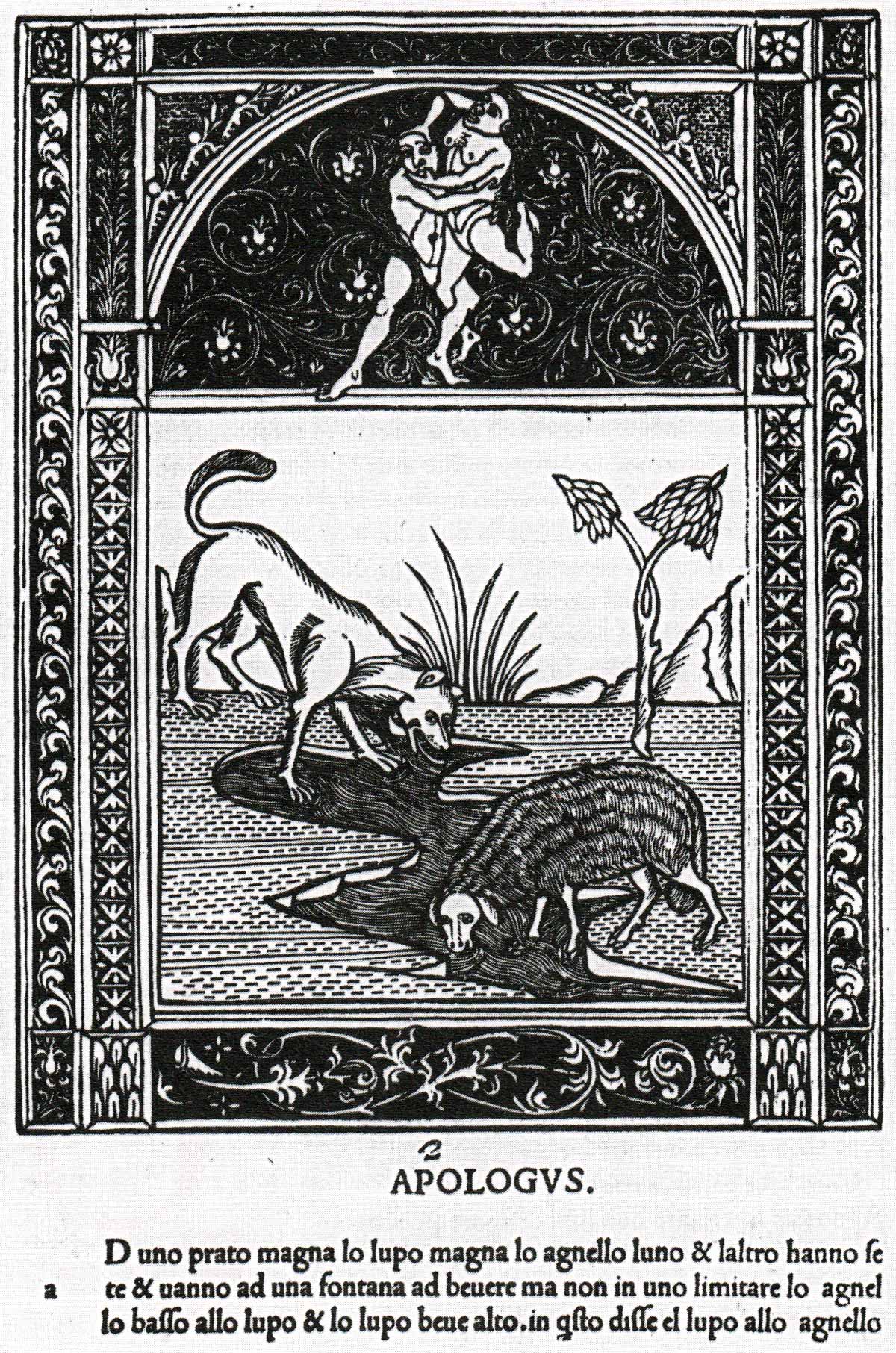