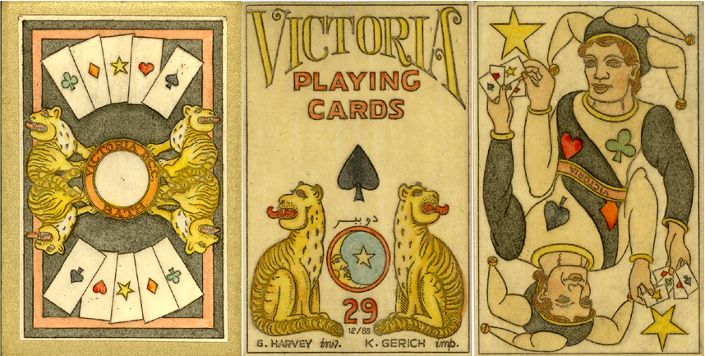 Georgina Harvey's first design, the double-ended courts show men and women working at various tasks, or just relaxing. Karl's “Dos Tigres” and moon/star motifs appear on the title card. The pack has no indices on the court cards, however the pip on the Kings is crowned. The suits are black for spades, red for hearts, green for clubs and orange for diamonds. 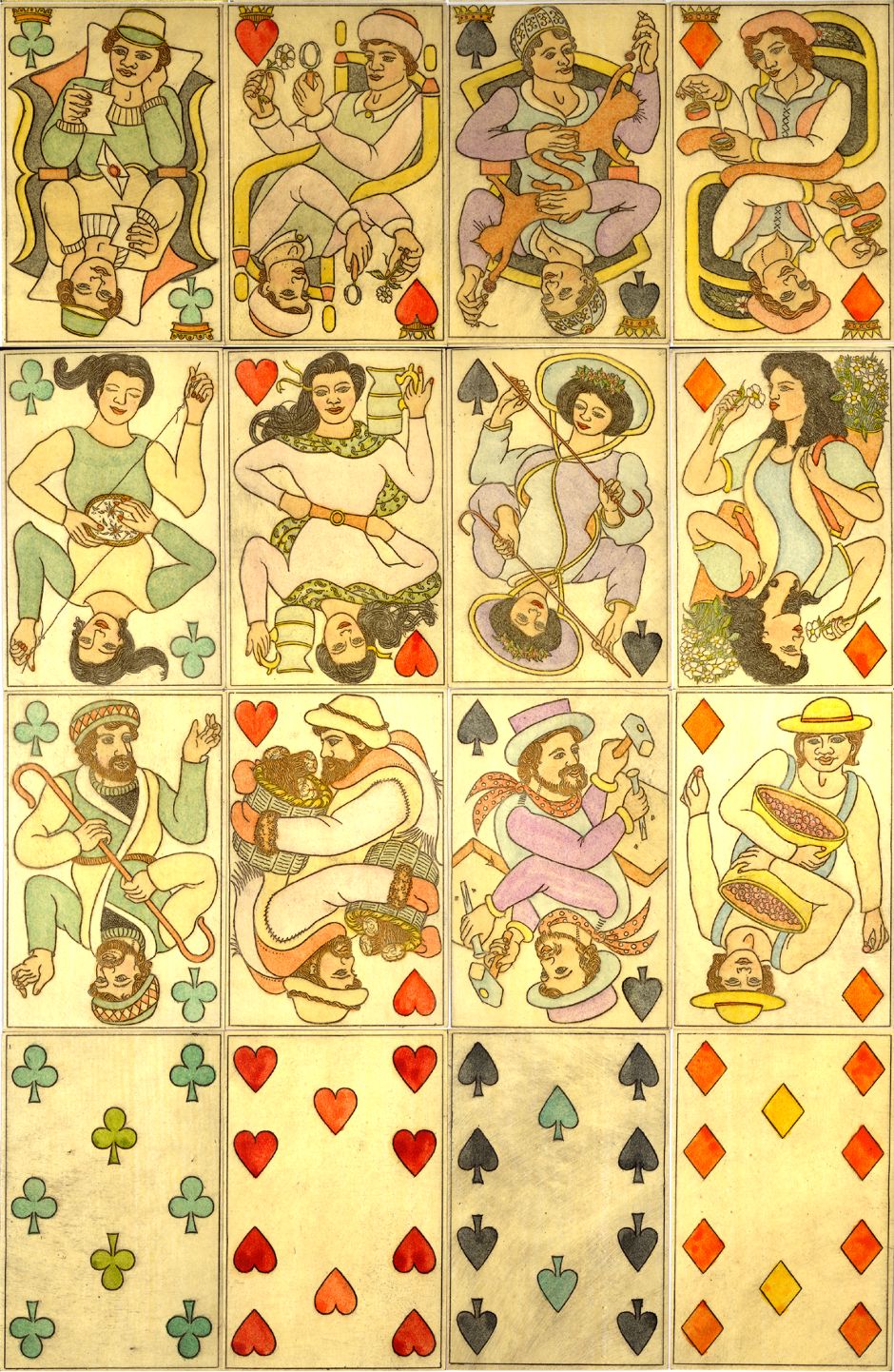 Above: cards from “Victoria Playing Cards” designed by Georgina Harvey and produced by Karl Gerich, Bath (UK), 1988. Printed from copperplate etching; hand-coloured. The suit symbols have non-standard colours, and the suit signs on the Kings are crowned. Victoria P.C.C. traded between 1st May 1989 until 17 December 1990. Cards measure 88mm x 57mm.