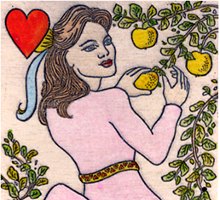 ‘Aquae Sulis’ is Georgina Harvey's second design, in which the double-ended courts are reminiscent of classical gods & goddesses. ‘Aquae Sulis’ refers to the City of Bath: Sulis was the local Celtic goddess of the thermal springs that still feed the spa baths, which the Romans called ‘Aquae Sulis’ (“the waters of Sulis”). She was worshipped by the Romano-British as Sulis Minerva. The four Aces are in formal frames with single-ended Roman scenes, and the set is completed with a double-ended ‘Hermes’ Joker holding a caduceus and a scroll. The title card features two tigers tamed by a seated lady, probably Sulis herself. The deck was printed by Karl Gerich in 1990. 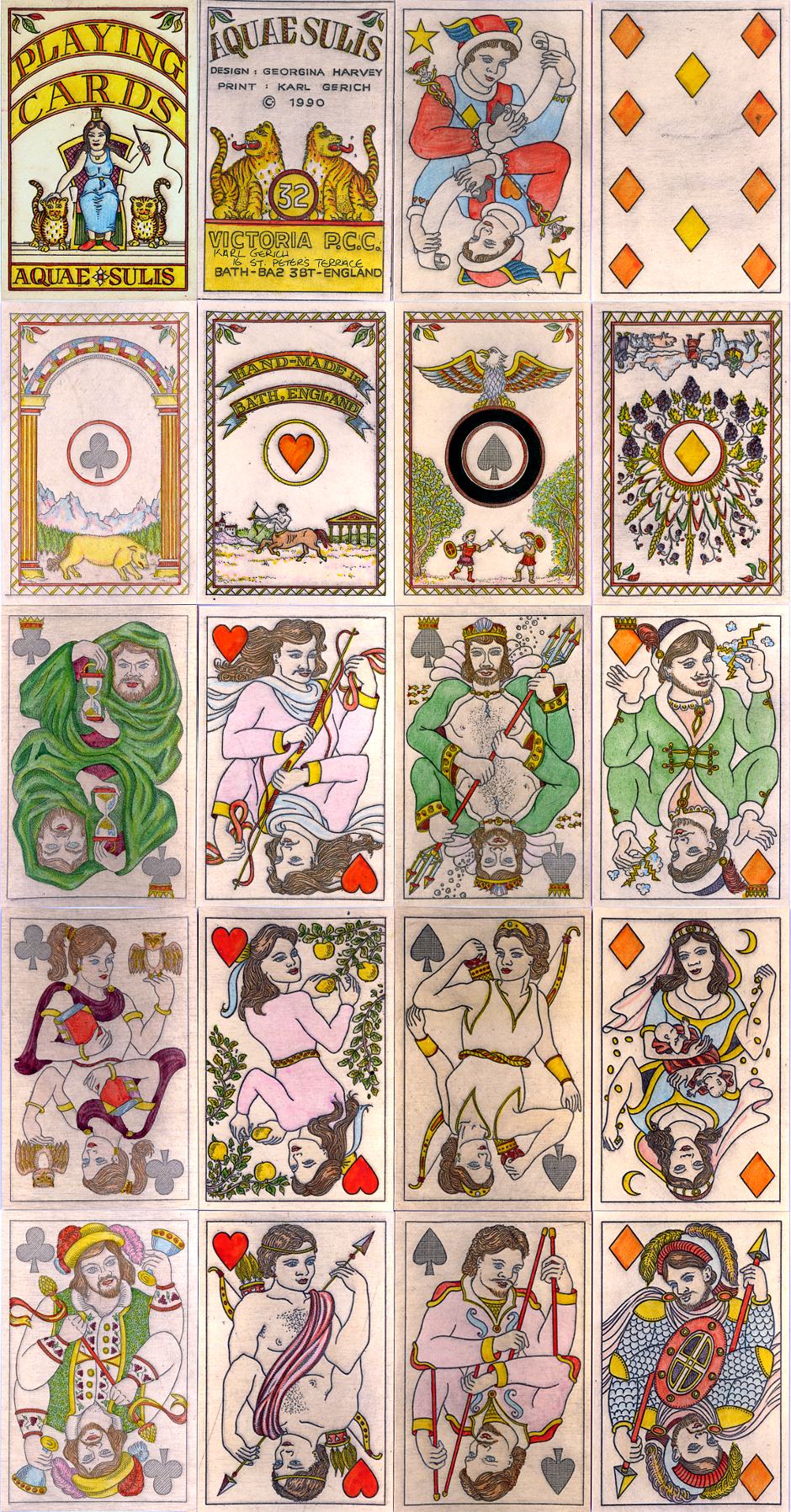 Above: ‘Aquae Sulis’ playing cards no.32, designed by Georgina Harvey and printed from copperplate etching by Karl Gerich trading as Victoria P.C.C., 1990. The courts are in plain clothing in a number of styles from various times which are however reminiscent of classical gods and goddesses. The Aces are in a decorated frame with the lower part of each card showing a scene from Roman life. 32 cards + joker + extra card, 92mm x 60mm. Images courtesy Barney Townshend.