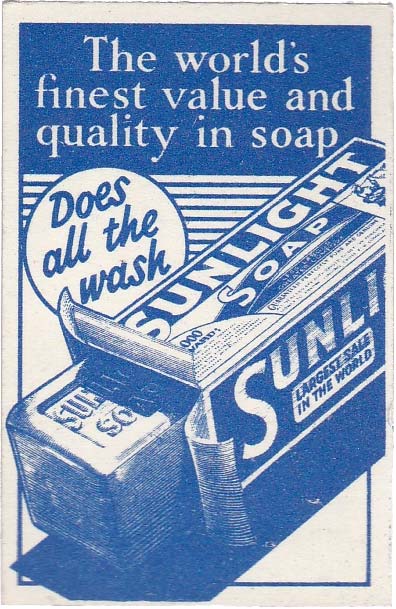 Sunlight household soap was introduced by the British company Lever Brothers in 1884. The Sunlight Geographic Game cards (published c.1930s) make up a map of England and Wales. See the Box►

The index numbers on the cards are used for scoring. See the Rules► 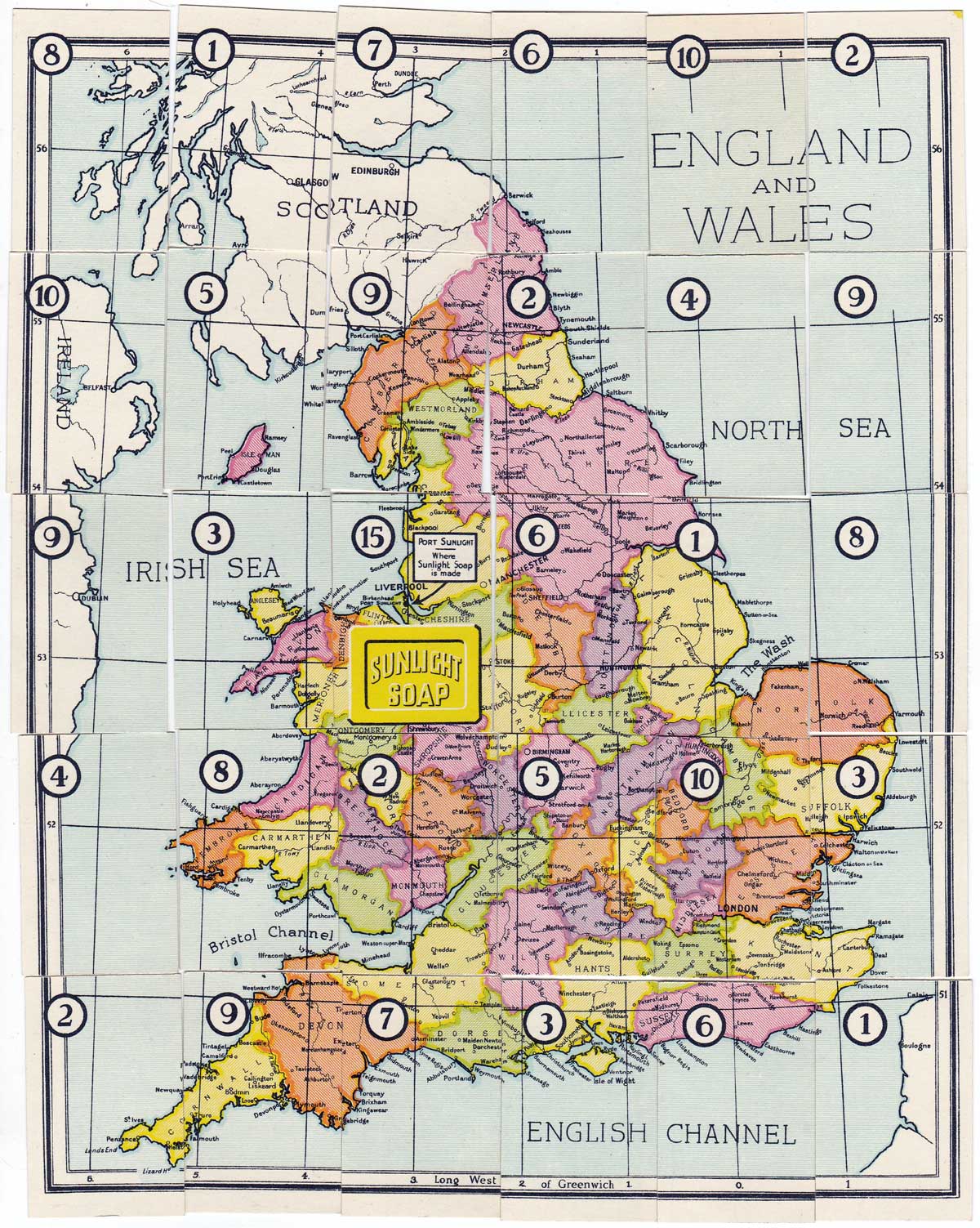 The Game of Vim Pairs

Vim Scouring Powder first appeared on the market in 1904 and was a Lever Brothers product at the time but the brand is currently owned by European multi-national Henkel Group. Vim was produced at Port Sunlight near Liverpool which is shown on the Geographical Game map (above). See the Rules►   See the Box►