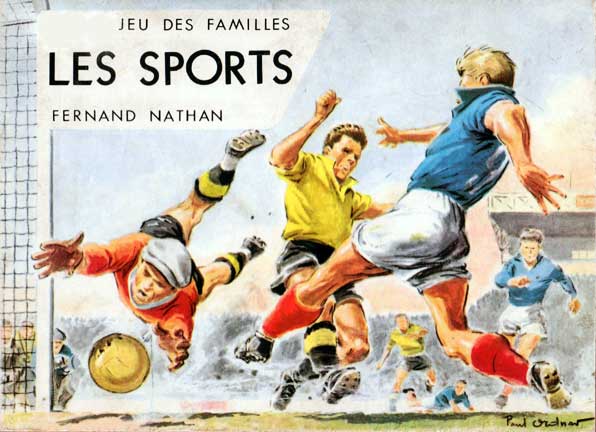 “Les Sports” quartet game was designed by cartoonist and artist Paul Ordner (1901-1969) and published by Fernand Nathan, c.1960. His drawing talents were recognised very early at Rollin School (Paris) and first appear in 1923 in an advertisement for Spidoleïne engine oil. After a short time working at the stock exchange he became interested in cartoons and published cartoons for various newspapers. His career as a sports artist began to take off in the 1930s. He became a journalist, travelling across Europe to follow events, and was able to continue this career successfully after the war. 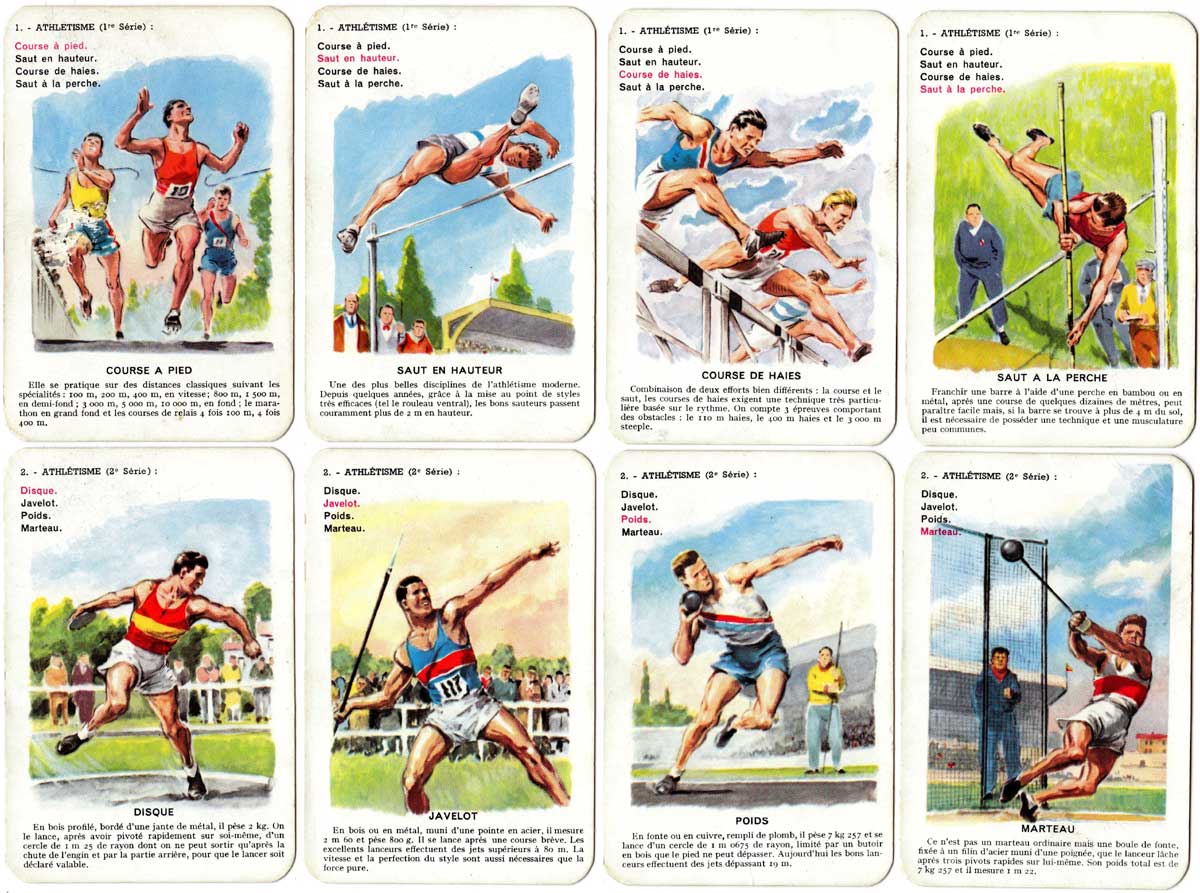 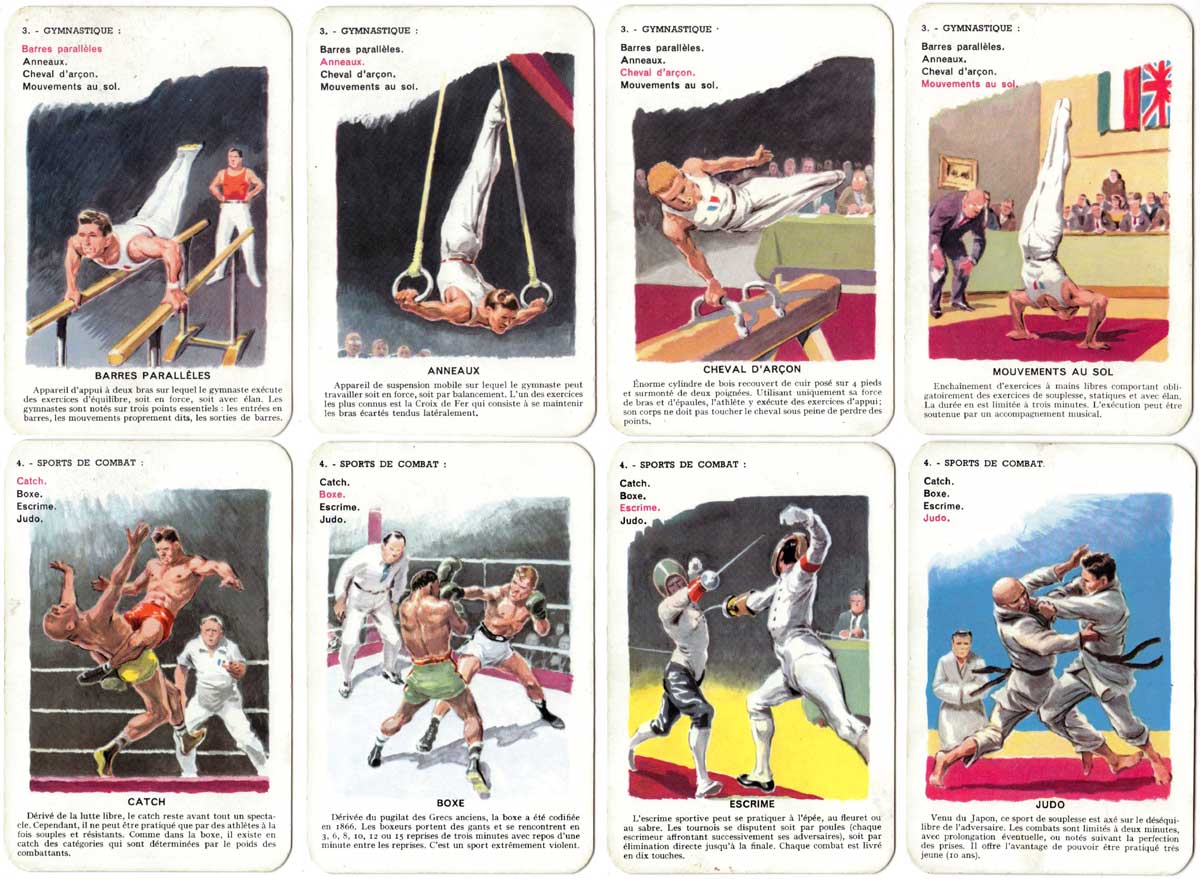 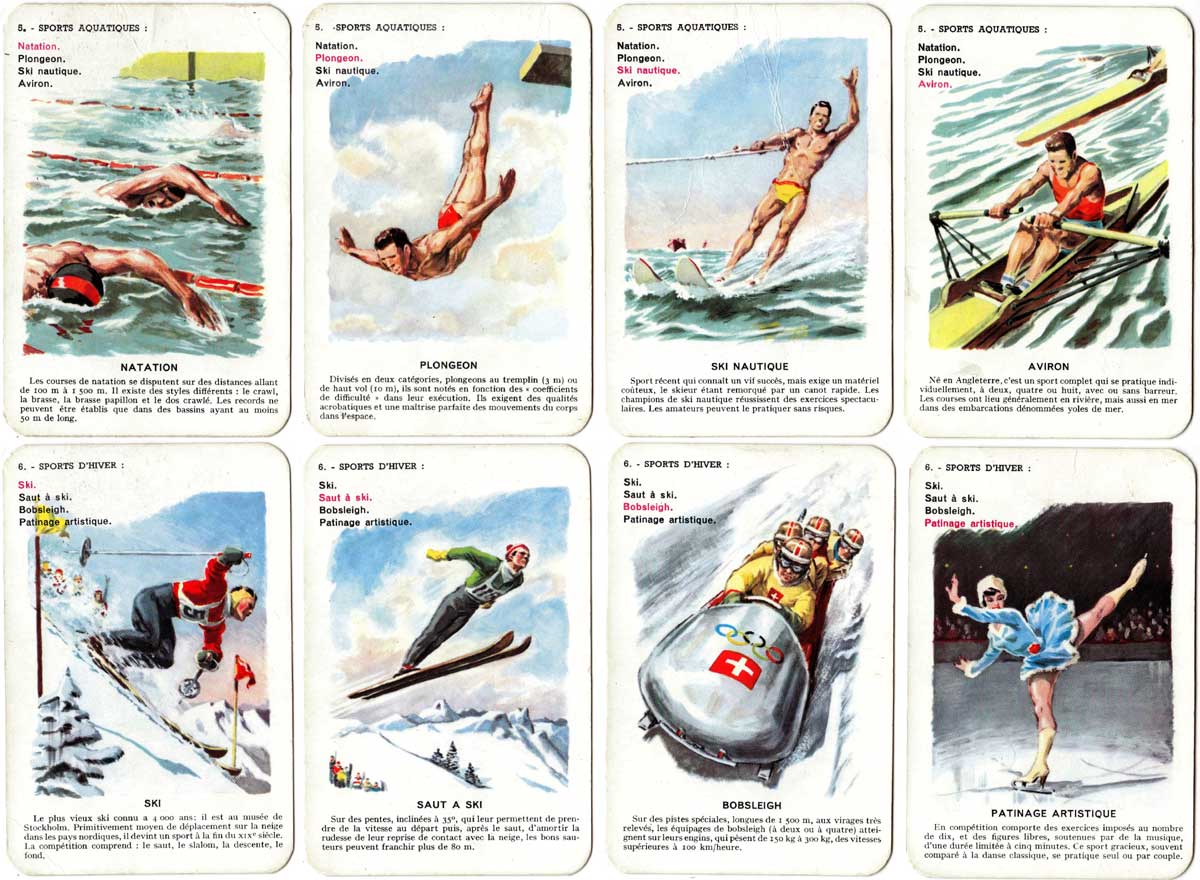 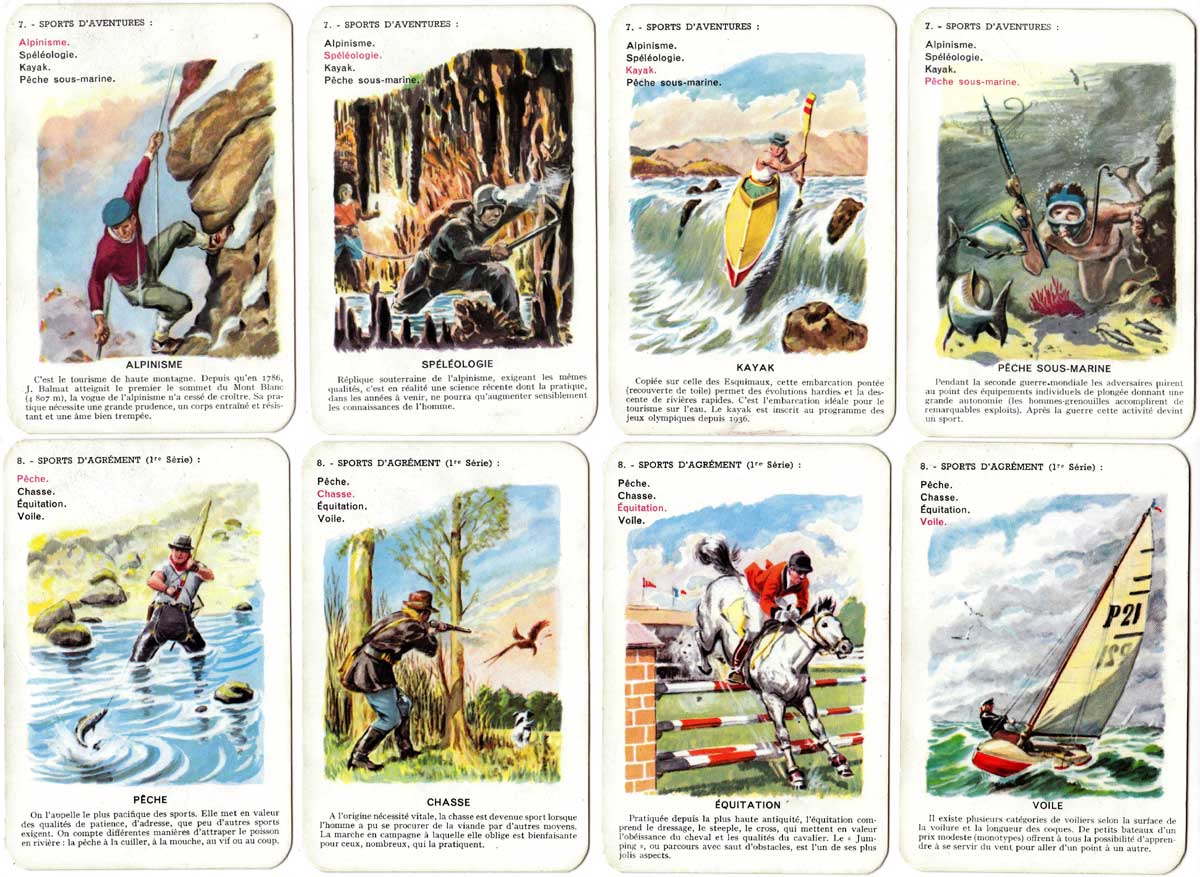 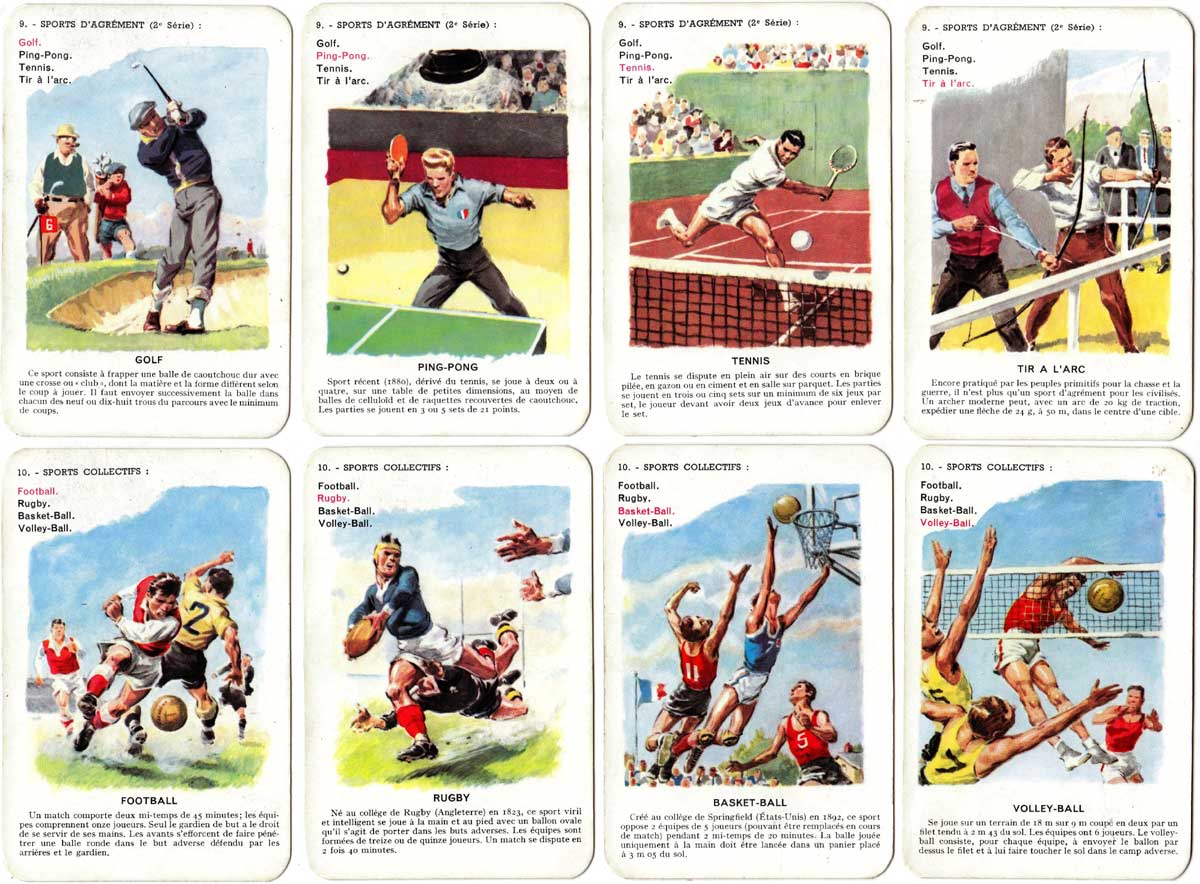 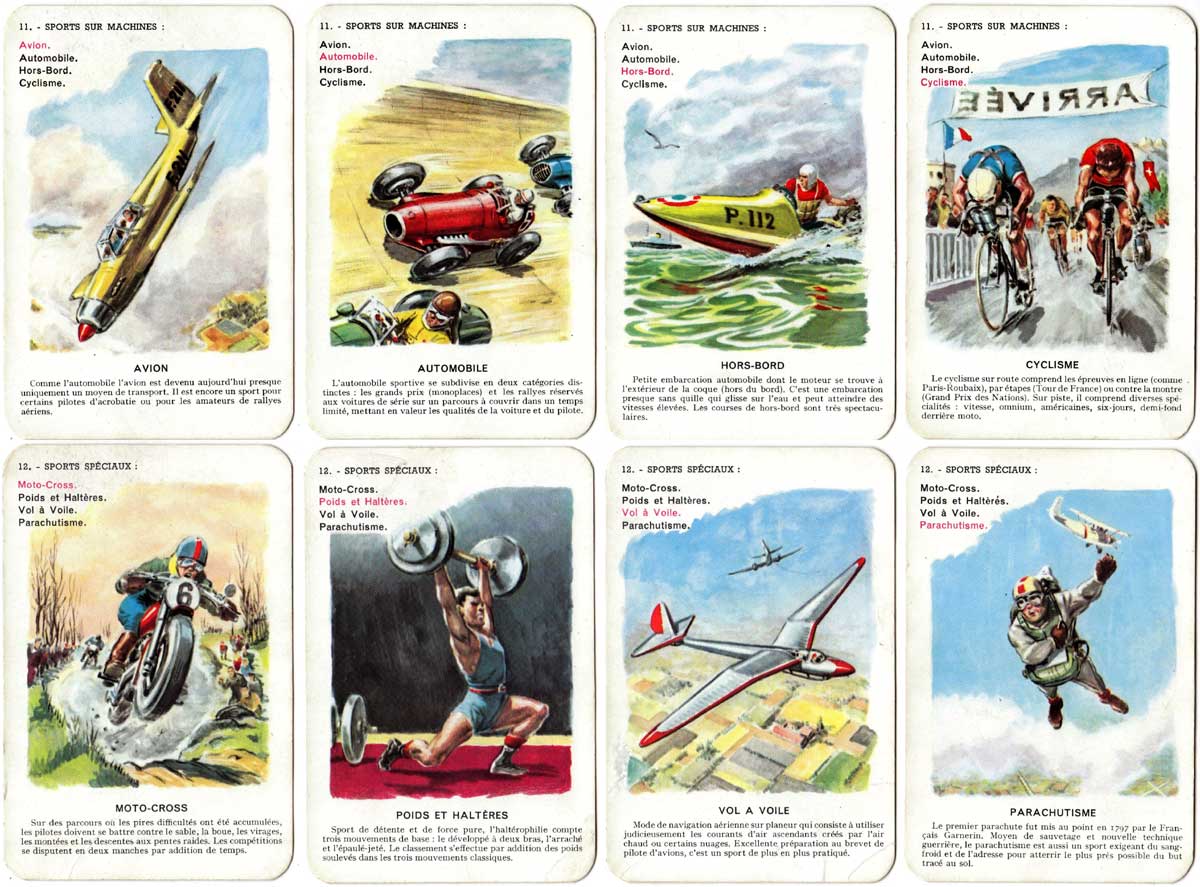