The Genoese pattern (along with the Piedmontese) is a French suited design derived from the Paris pattern which had formerly been exported throughout Europe, used widely in casinos. The courts are not named and are divided diagonally with a plain bar. The jack of clubs has a triangular shield bearing the coat of arms of the former Spanish Netherlands. The colouring is often green, gold, red and black instead of the more usual French blue, red and yellow. Genoese packs have either 36, 40 or 52 cards and no corner indices. The pattern is also used in Belgium, so a maker's name helps with identification. 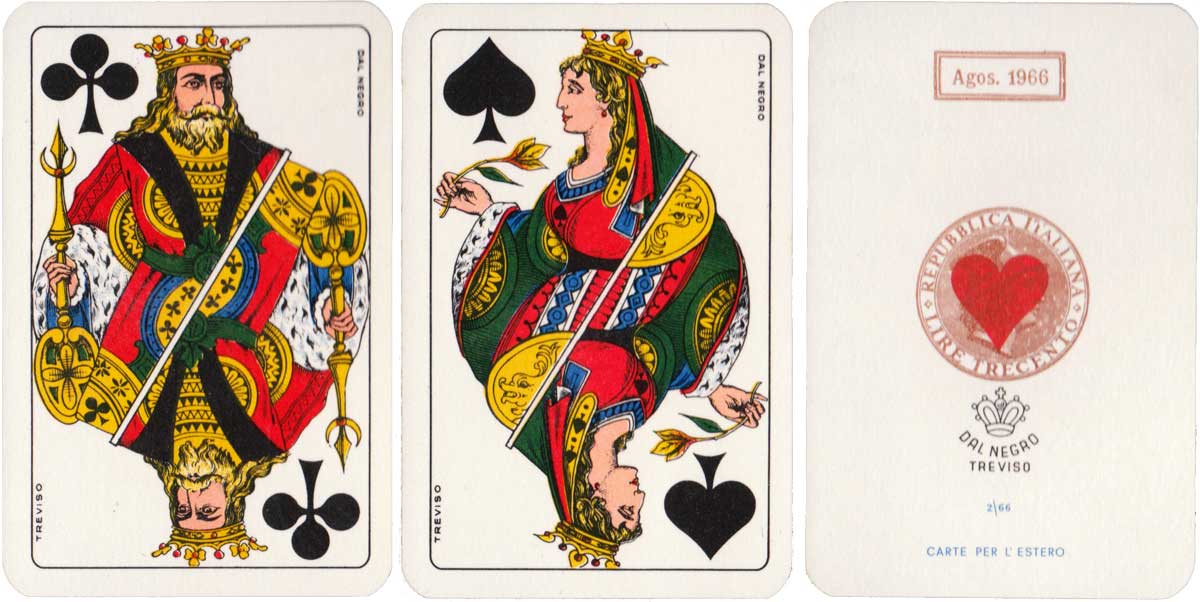 Above: Genoese pattern by Dal Negro, c.1966. The ace of hearts has the tax stamp and the year of production. The 300 Lire tax stamp was in use in Italy from 1954 to 1972, after which date tax stamps were abandoned. See the Box► 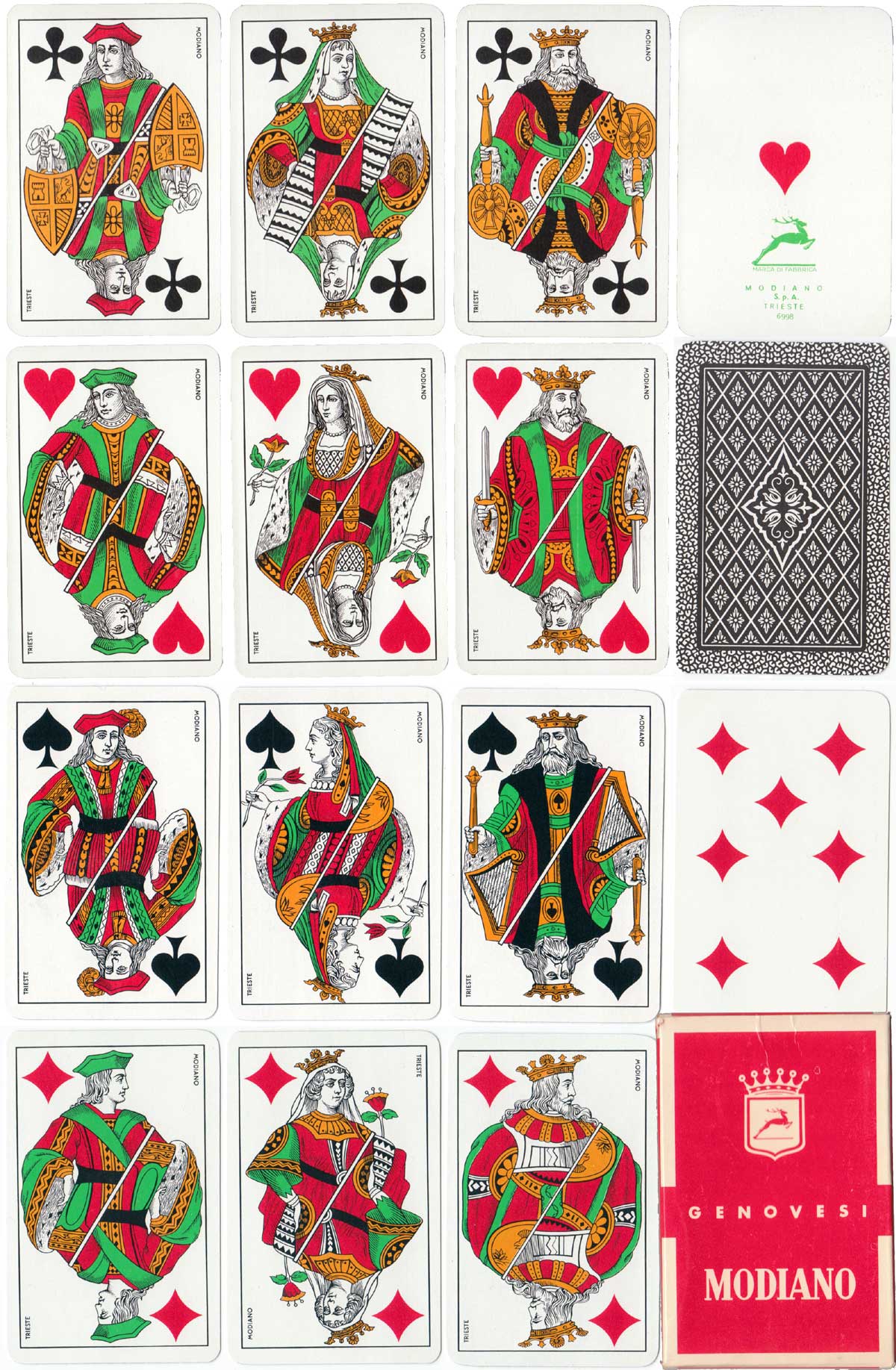