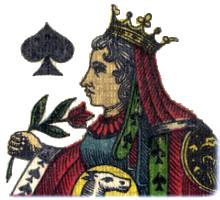 The Piedmont pattern is a very close relative to the French 'Paris' pattern. The designs also have resemblances to the archaic French Dauphiné pattern which was used in Piedmont until superseded by the one shown on this page, as well as the Genoese Pattern. Early 19th century examples have full-length courts, but they became double ended within a decade or two. The courts are not named, however, and are divided horizontally (rather than diagonally). There are no indices. 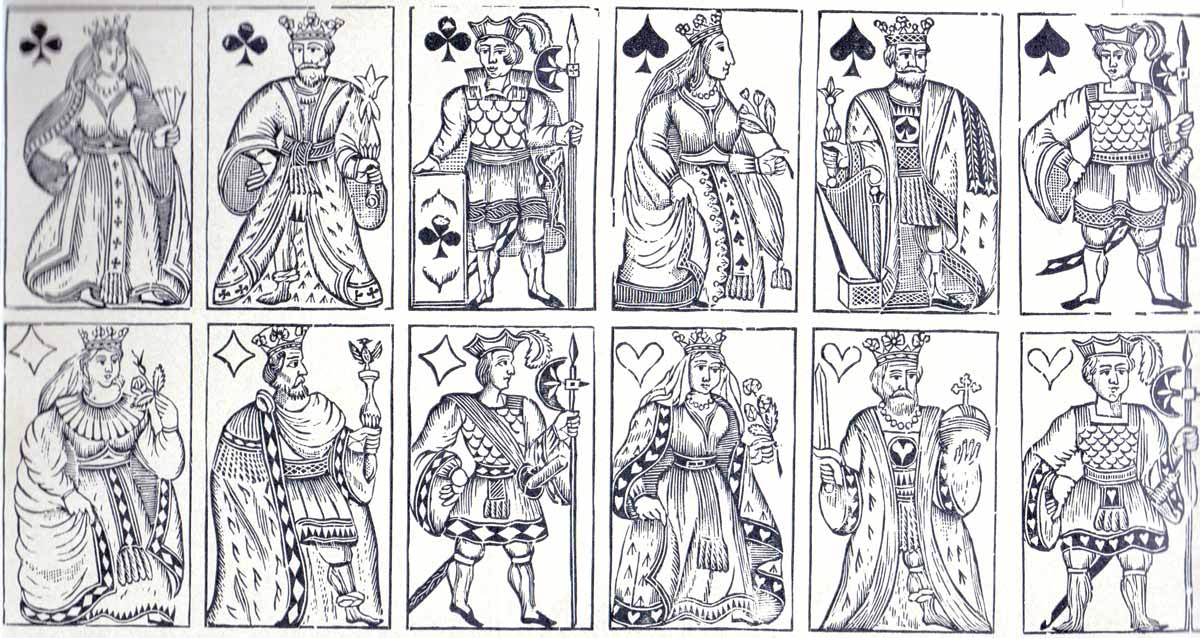 Above: full-length 'Carte Piemontesi' printed from woodblocks carved by an anonymous artist in imitation of cards of the 19th century. Published by Vito Arienti, Edizioni del Solleone, 1970. 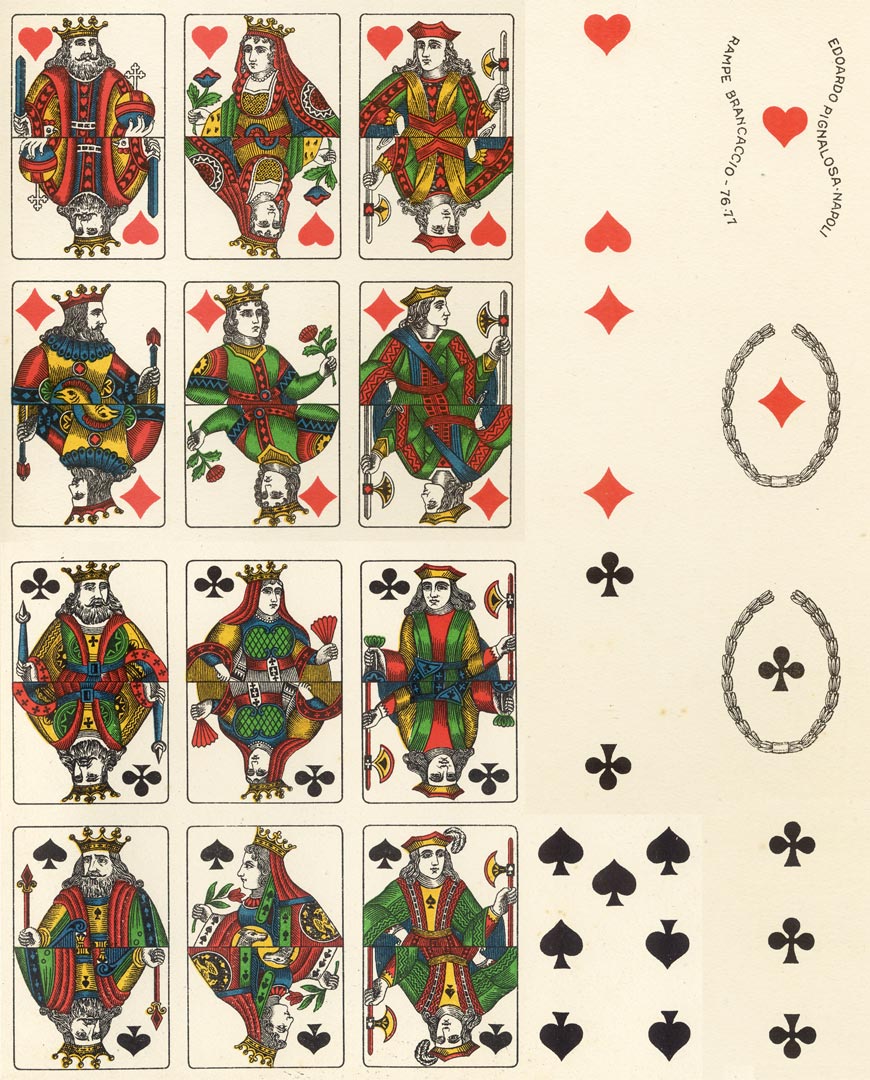 Above: cards from an uncut sheet by Edoardo Pignalosa, dated 1949. 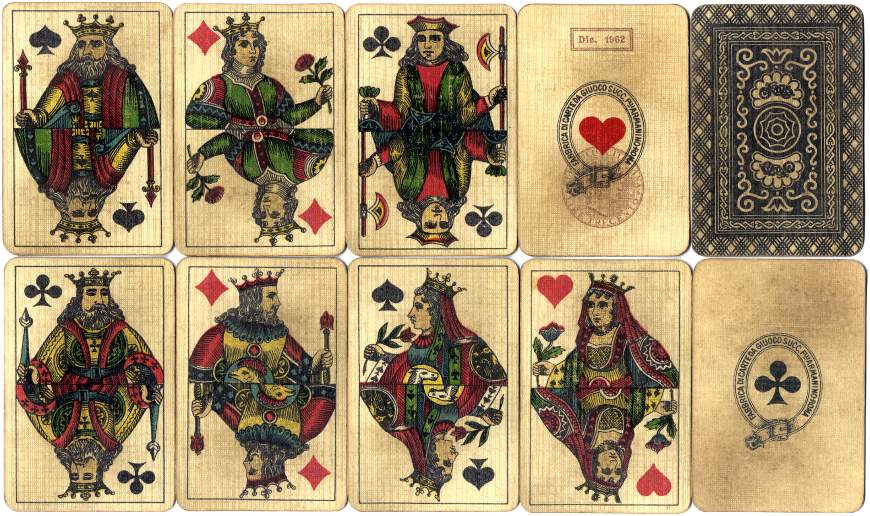 Above: cards from a soiled example of 'Carte Piemontesi' manufactured by Armanino, Rome, dated 1962. The Ace of Hearts has a 300 lire tax stamp. The back design incorporates two small motorcycles. 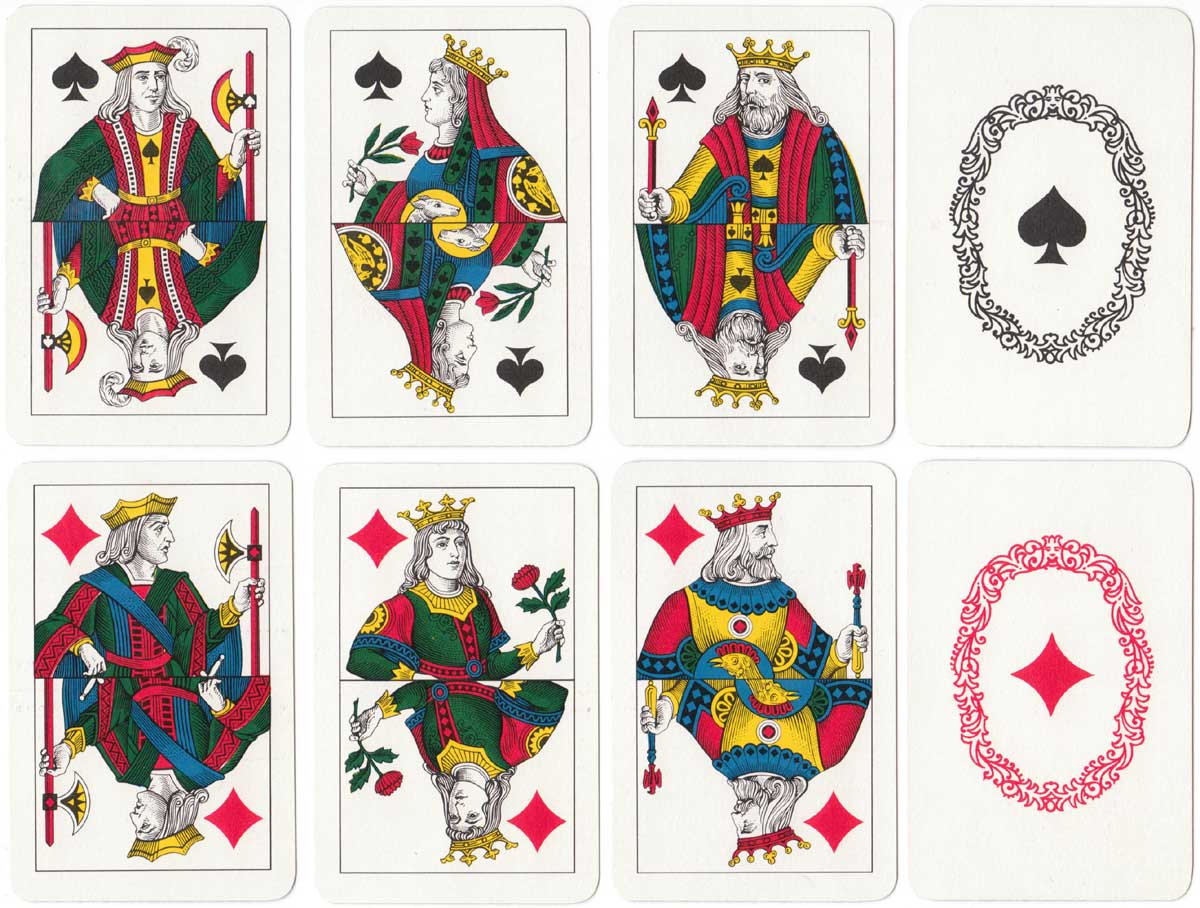 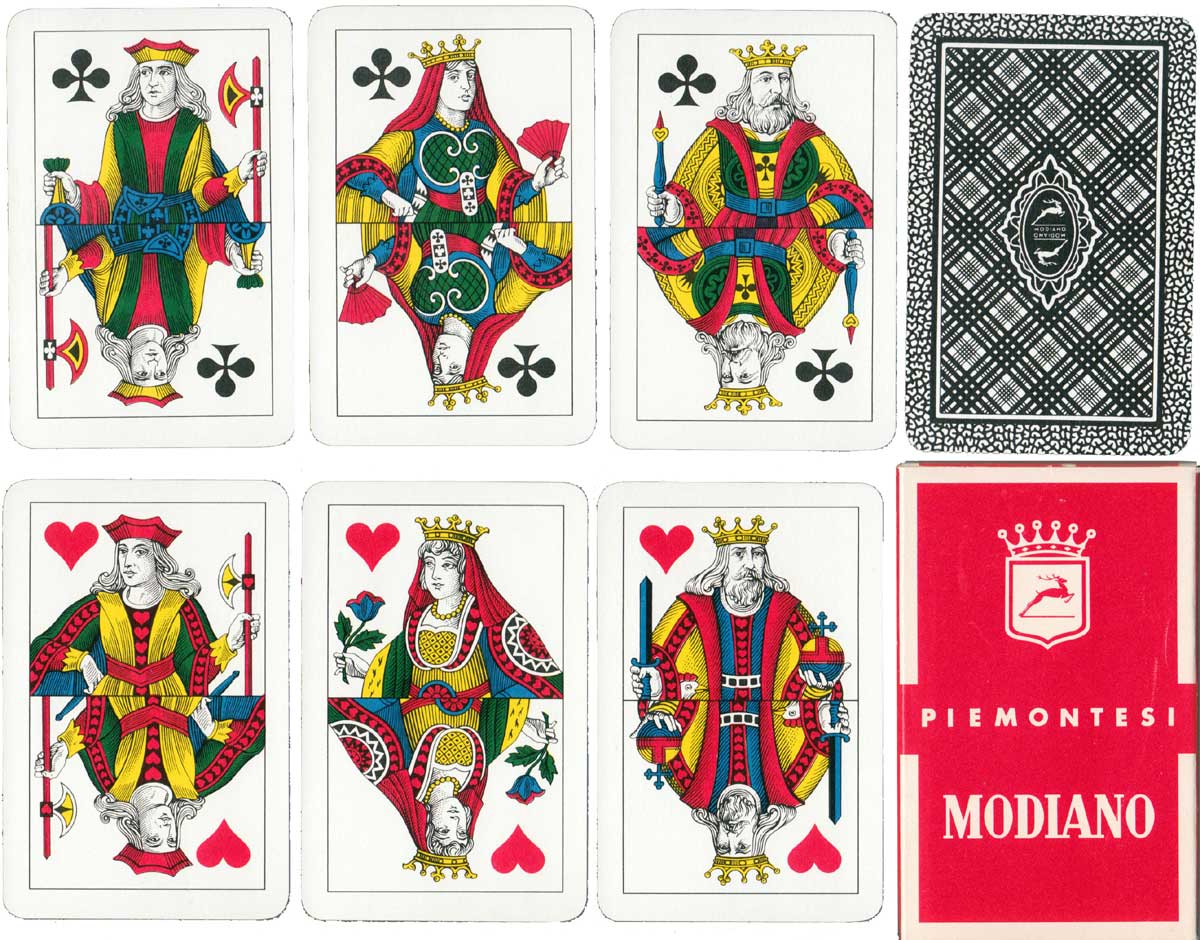