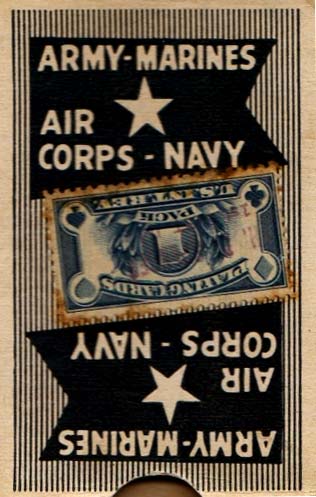 Anma US Armed Forces non-standard playing cards designed to teach US military ranks and insignias, published by the Amna Card Company, Tulsa, Oklahoma, 1942. This company was the trading name of Earl Pleasant Butler, a resident of Tulsa Oklahoma. Each suit (Army, Navy, Marine & Air Corps) is distinguished by a different colour, so it could be used to play any game - the same as a standard deck. The Internal Revenue stamp on the box was in use from 1940 to 1965. See the Box► 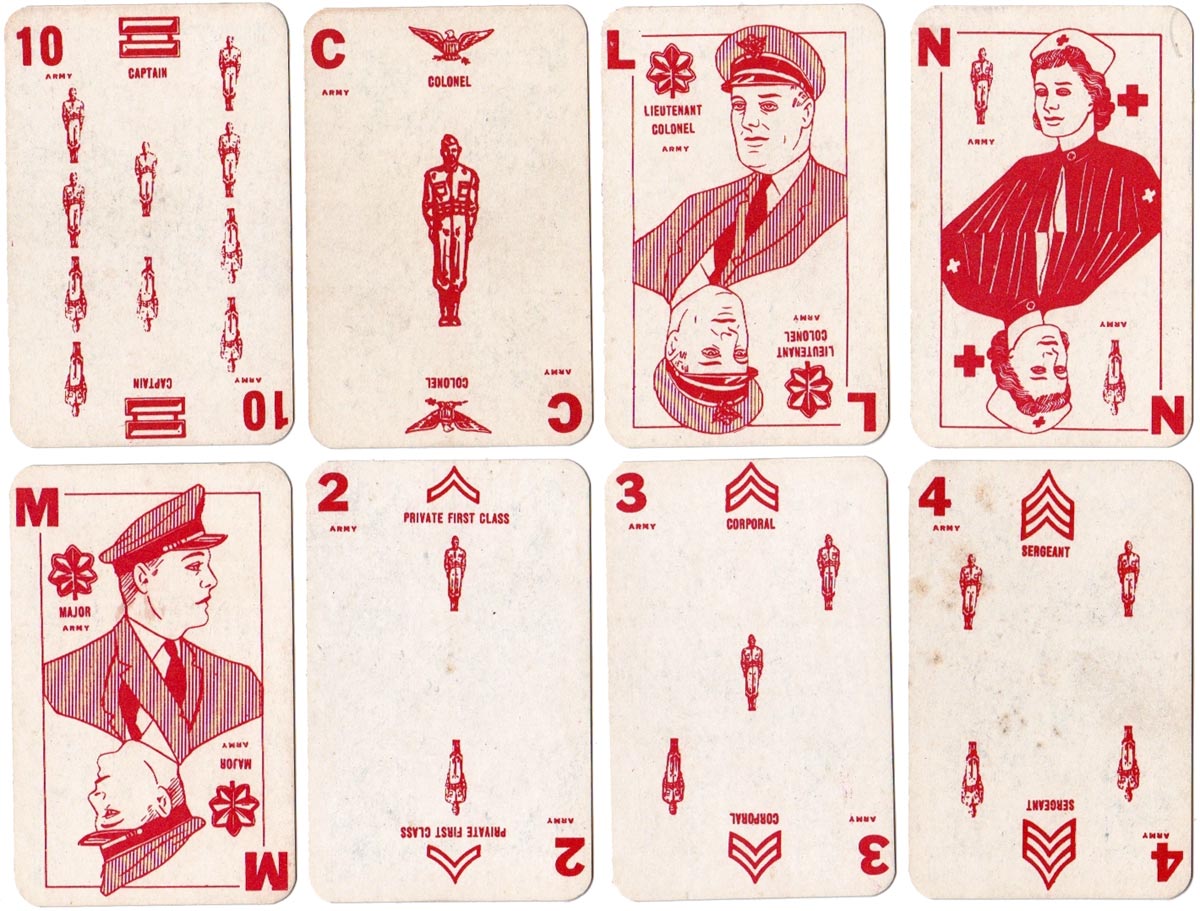 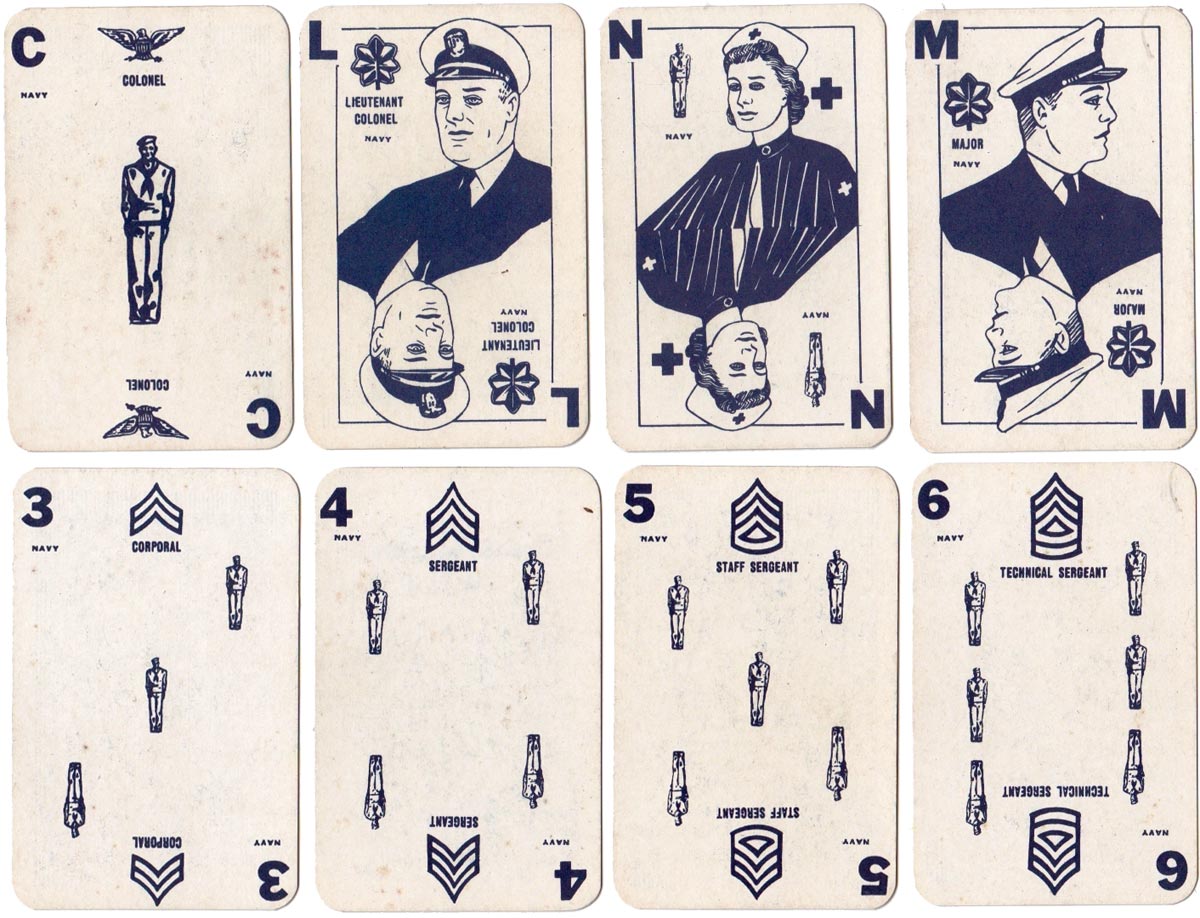 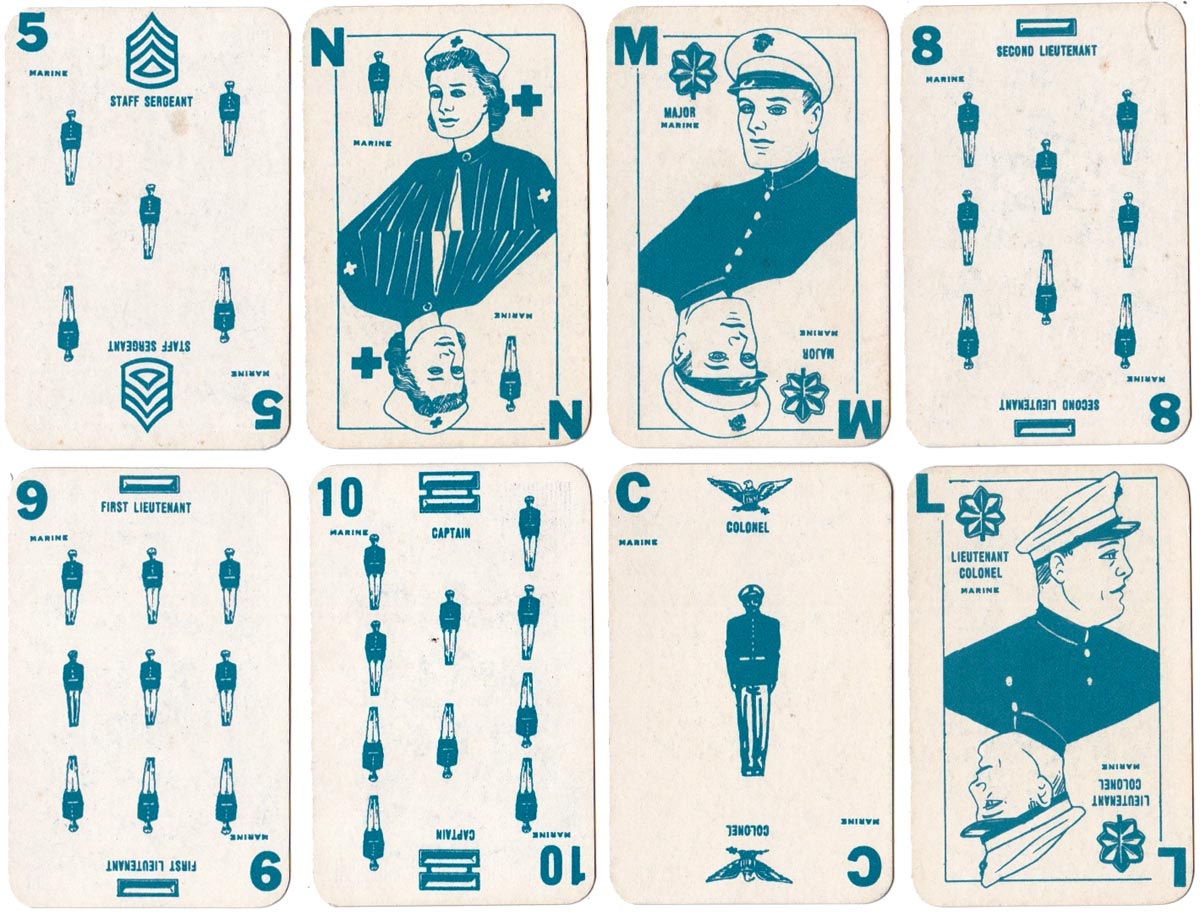 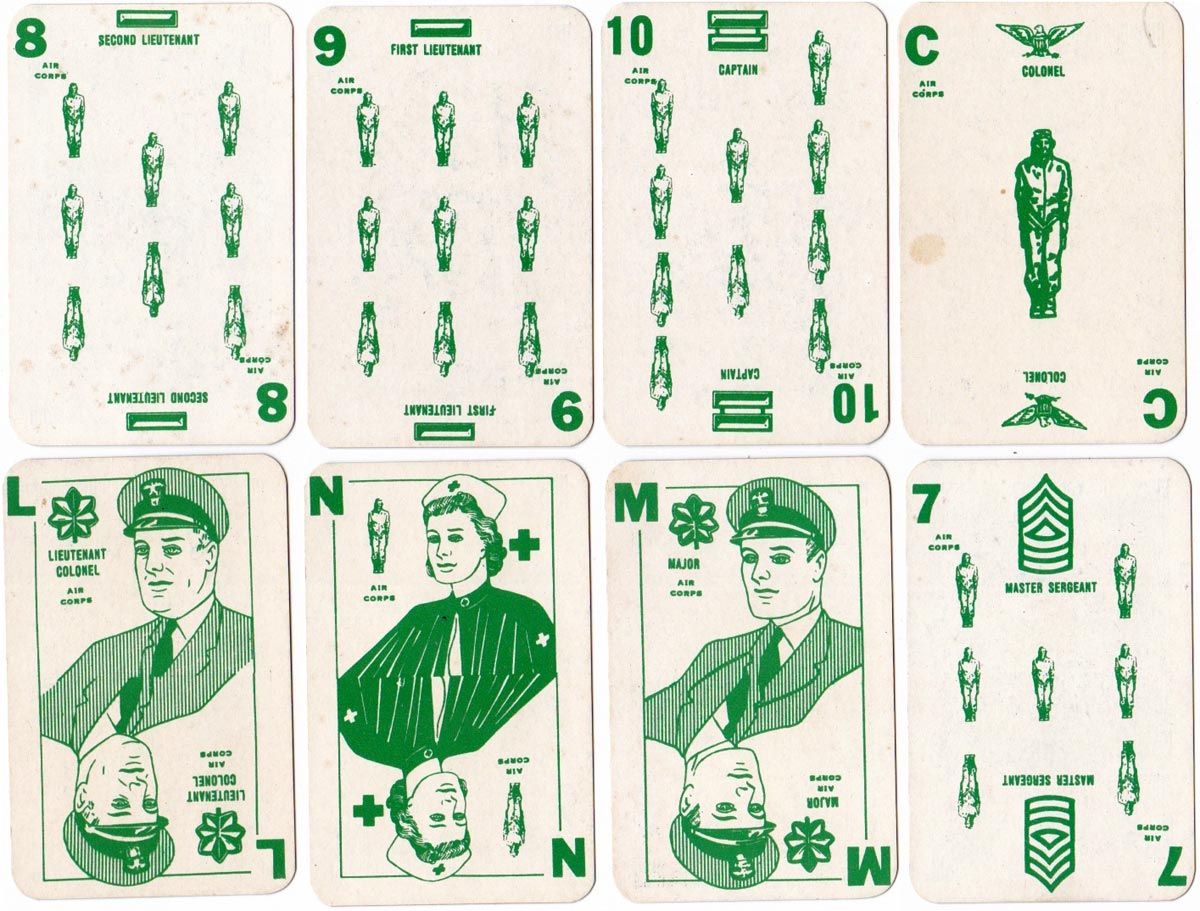 Official Gazette of the United States Patent Office, Vol.550, May 1943 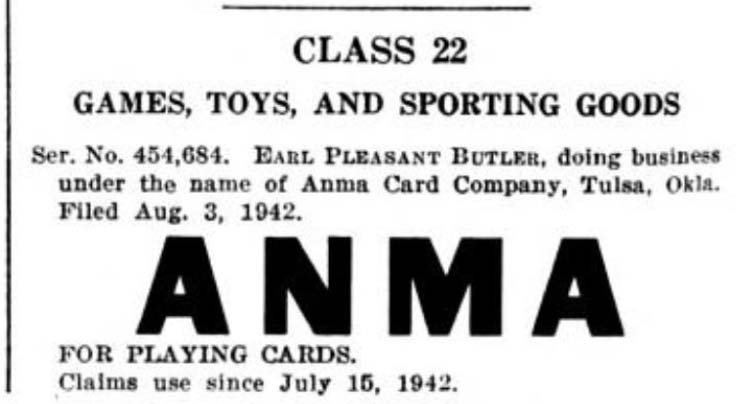