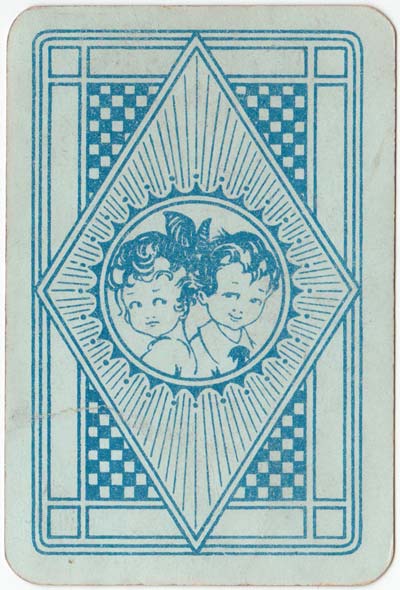 Schwarzer Peter animal pairs card game produced in Germany, c.1920s. The pairs of comical animal carictures each have a matching symbol at the top left-hand corner (fish, cup, sausage, etc), except the black cat card of which only one will be used in play (the other will be set aside). Thus the game resembles ‘Old Maid’ in English-speaking countries.

The back design is a pair of children in a circular border inside a diamond shape and an outline border, which is common to several card games sold in UK by Oppenheimer und Sulzbacher (Globe Series). However, this Schwarzer Peter game was not marketed in UK. 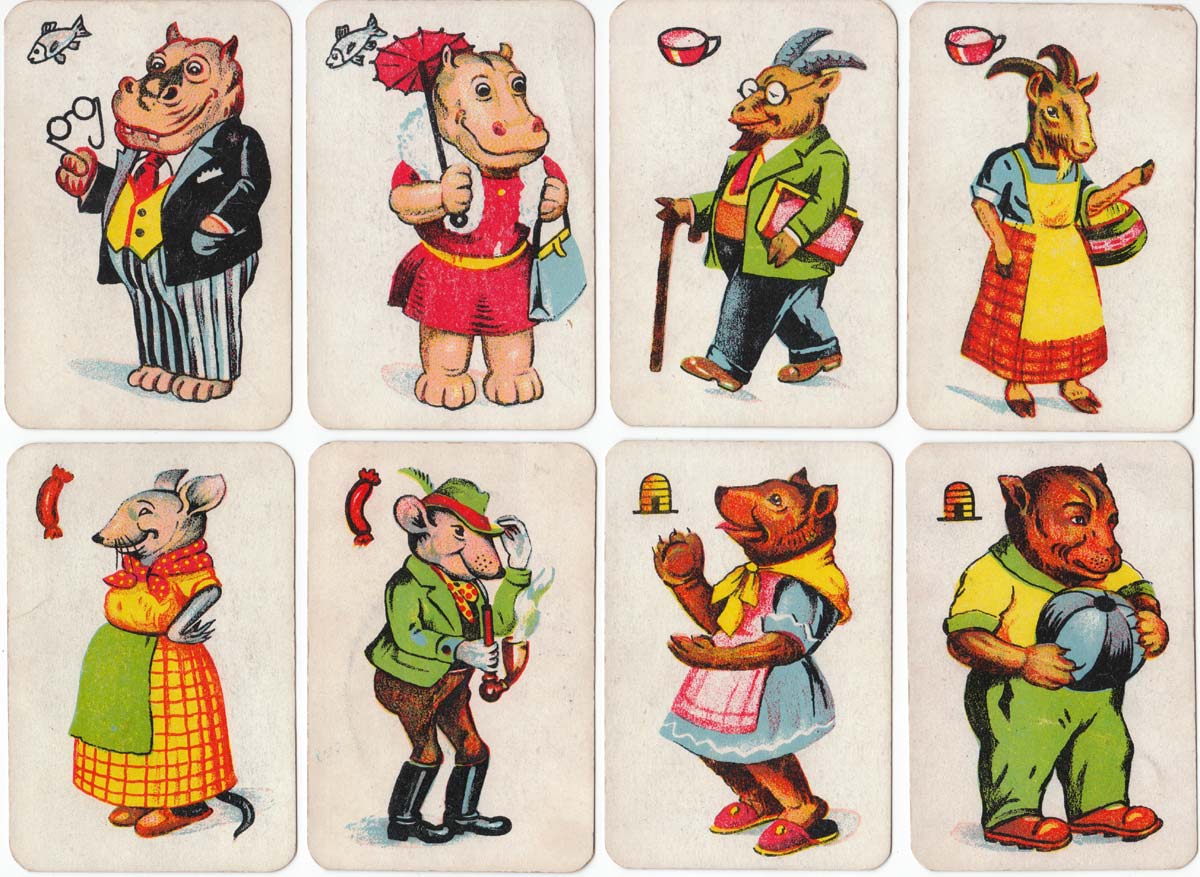 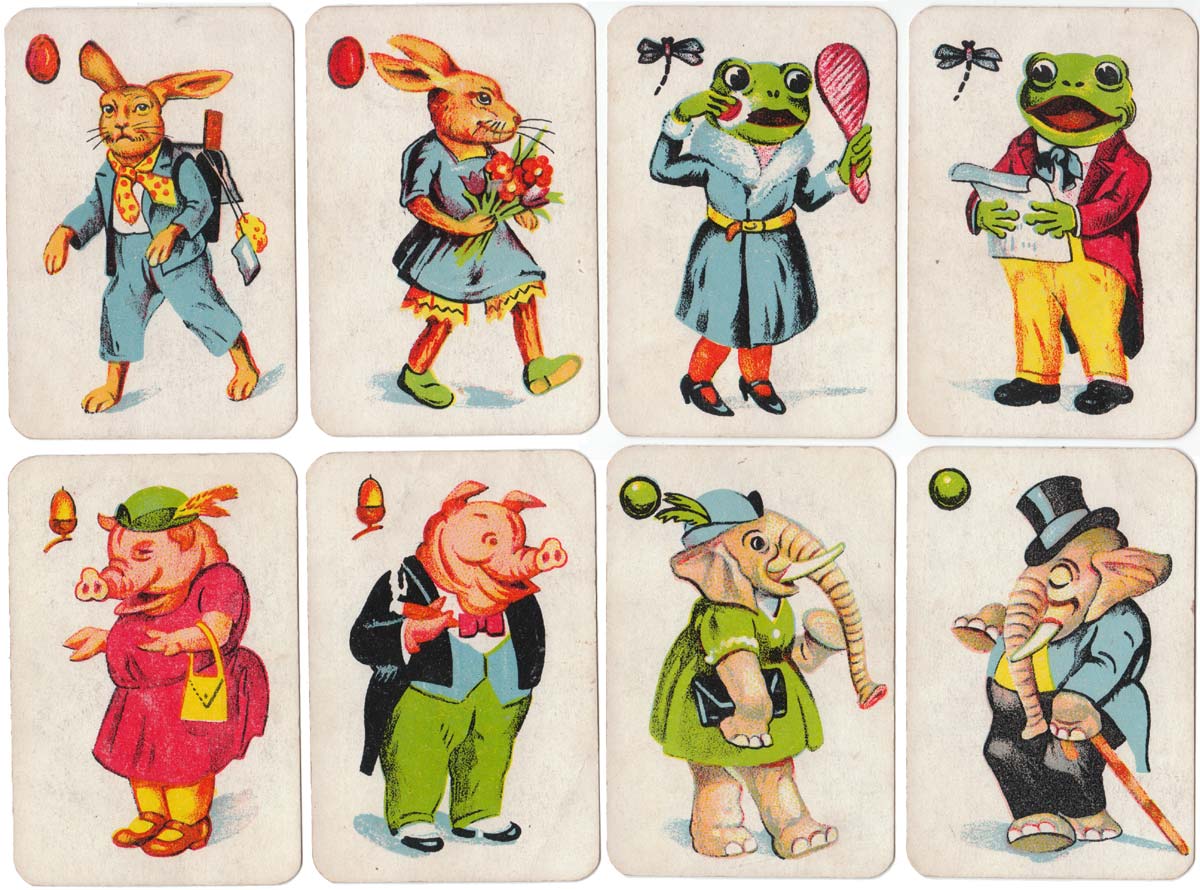 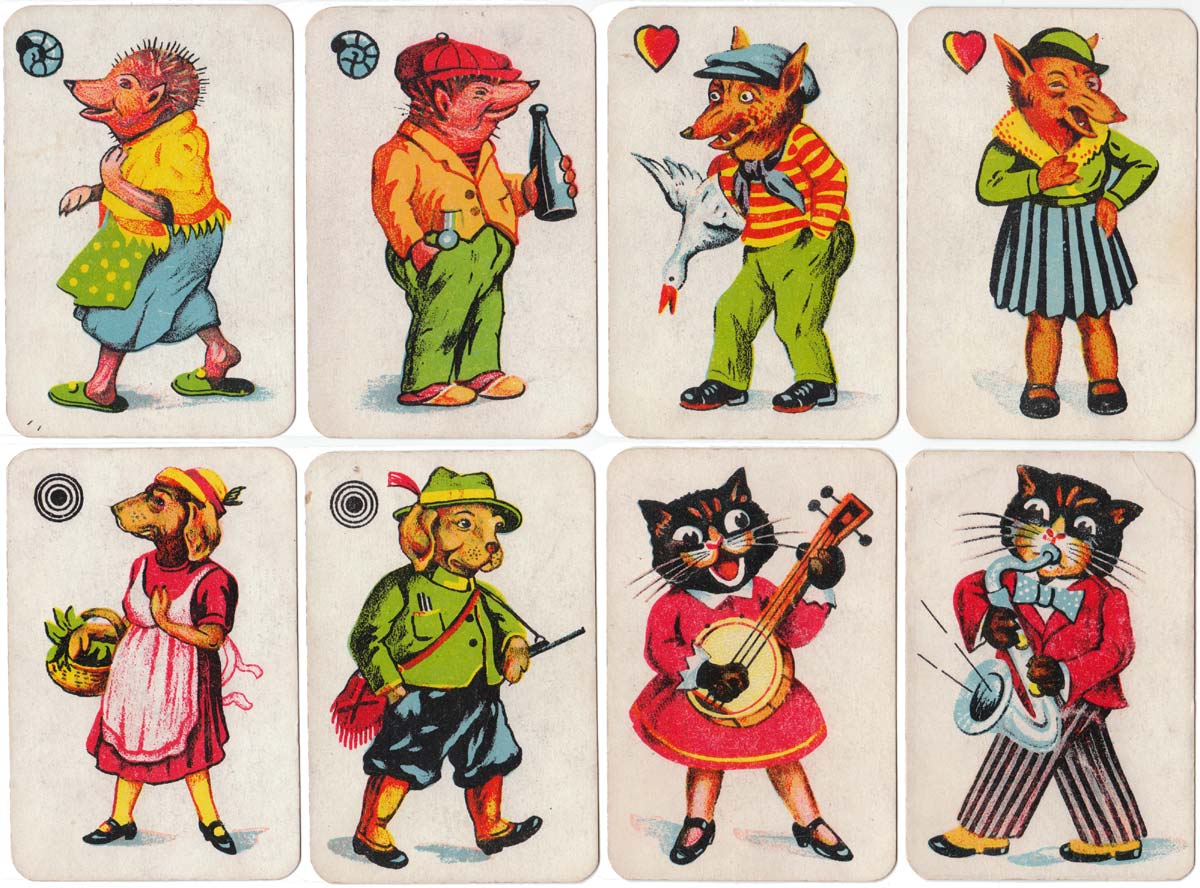