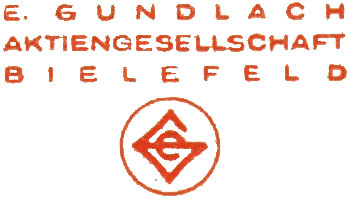 Skat No.100 by E. Gundlach, Bielefeld, 1949. This is the second version where the jack of spades has no flag.

The firm was founded in 1847 as a bookbinder by Ernst Gundlach (1818-1888) and over the years diversified into various branches of the paper, cardboard, graphic and publishing industries. The playing card department was added in 1948. The earliest packs are named "E. Gundlach", but in 1950 an independent subsidiary was established: "Bielefelder Spielkarten GmbH". The business was sold to Vereinigte Altenburger and Stralsunder Spielkarten AG (ASS) in 1972. 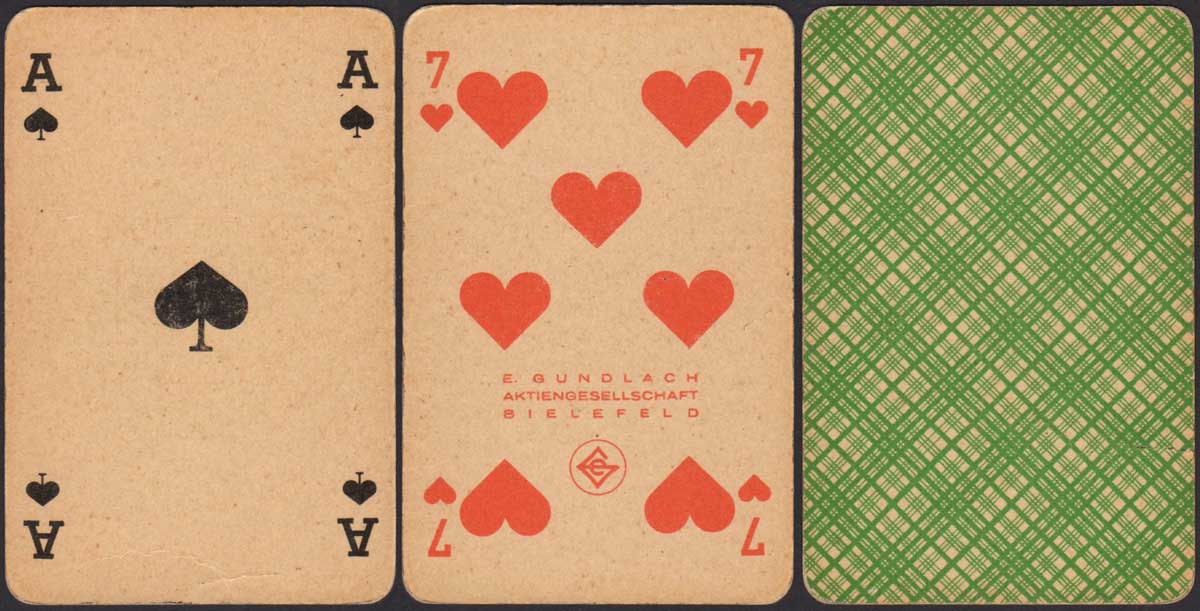 Above: Skat No.100 by E. Gundlach, Bielefeld, 1949. 32 cards. Images courtesy Jon Randall. An earlier edition of this design features the jack of spades with a banner and yellow feather►