An uncut sheet containing half of a set of 36 playing-cards of the Old Bavarian type, which has roots in the early 16th century. The cards are the twelve court cards, the four deuces, the 10 of leaves and the 7 of hearts. Several newer regional patterns, such the Bavarian, the Bohemian or Prague, the Franconian, the Salzburg and the Tyrolean patterns are derived from this. The images recall some 16th century German cards by Heinrich Hauk► 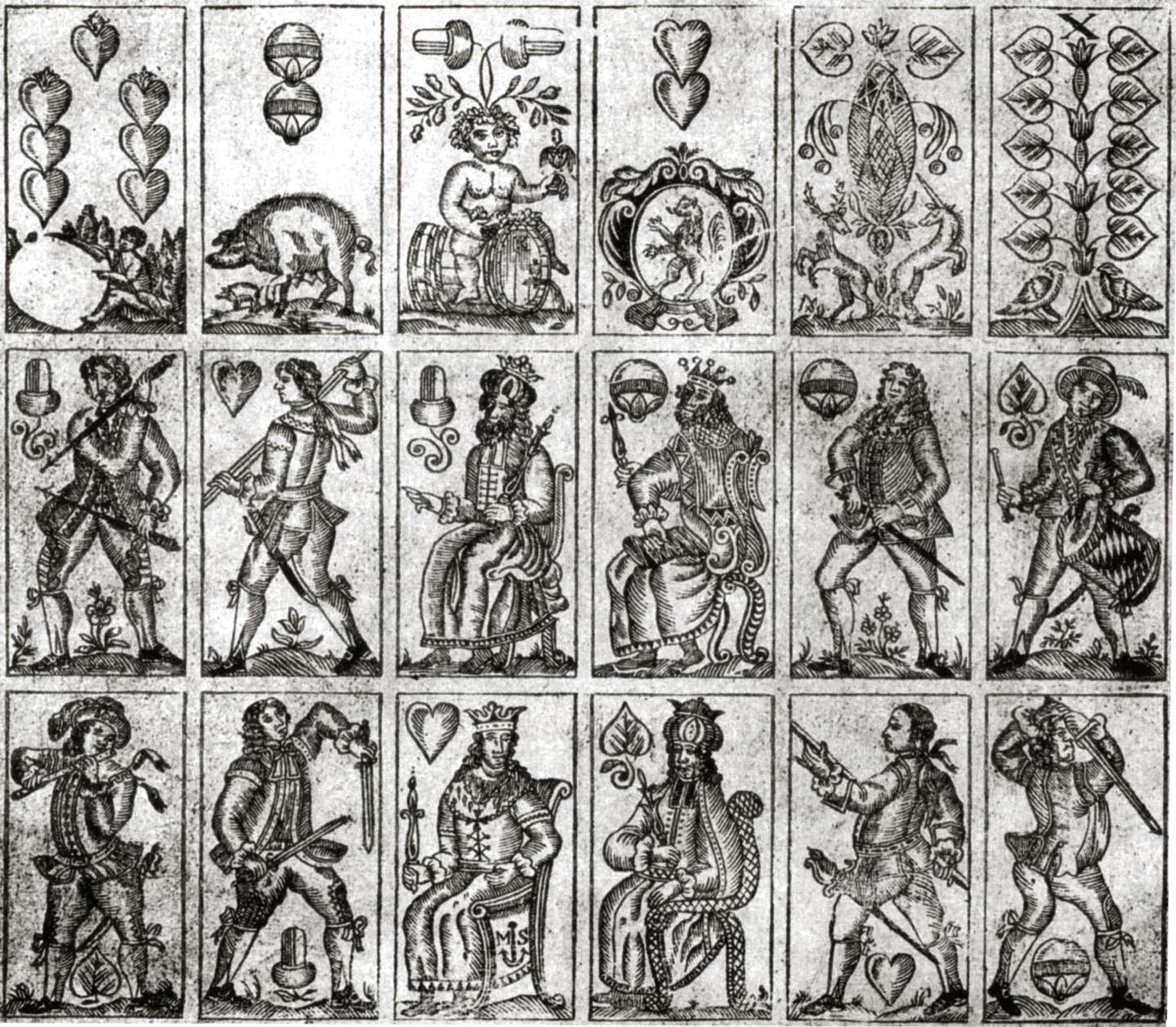 Above: uncut sheet of German-suited playing cards in the old Bavarian pattern, c.1790. The back of the sheet is printed in black with a pattern of fleurs-de-lis. The monogram M.S. (Michael Schatzberger, Passau) appears on the king of hearts. Image taken from Fisher (1946) where it is incorrectly assigned to Martin Schongauer.