Mas Reynals Naipes was founded by Miguel Mas Reynals in Barcelona in 1989. Earlier decks have the name ‘Mas-Reynals’, but since 2003 the firm trades as ‘Varitemas S.L’ producing or importing a range of manufactured items including English or Spanish-suited playing cards, souvenir, novelty, miniature and children's card games. 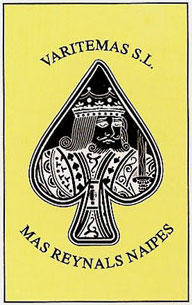 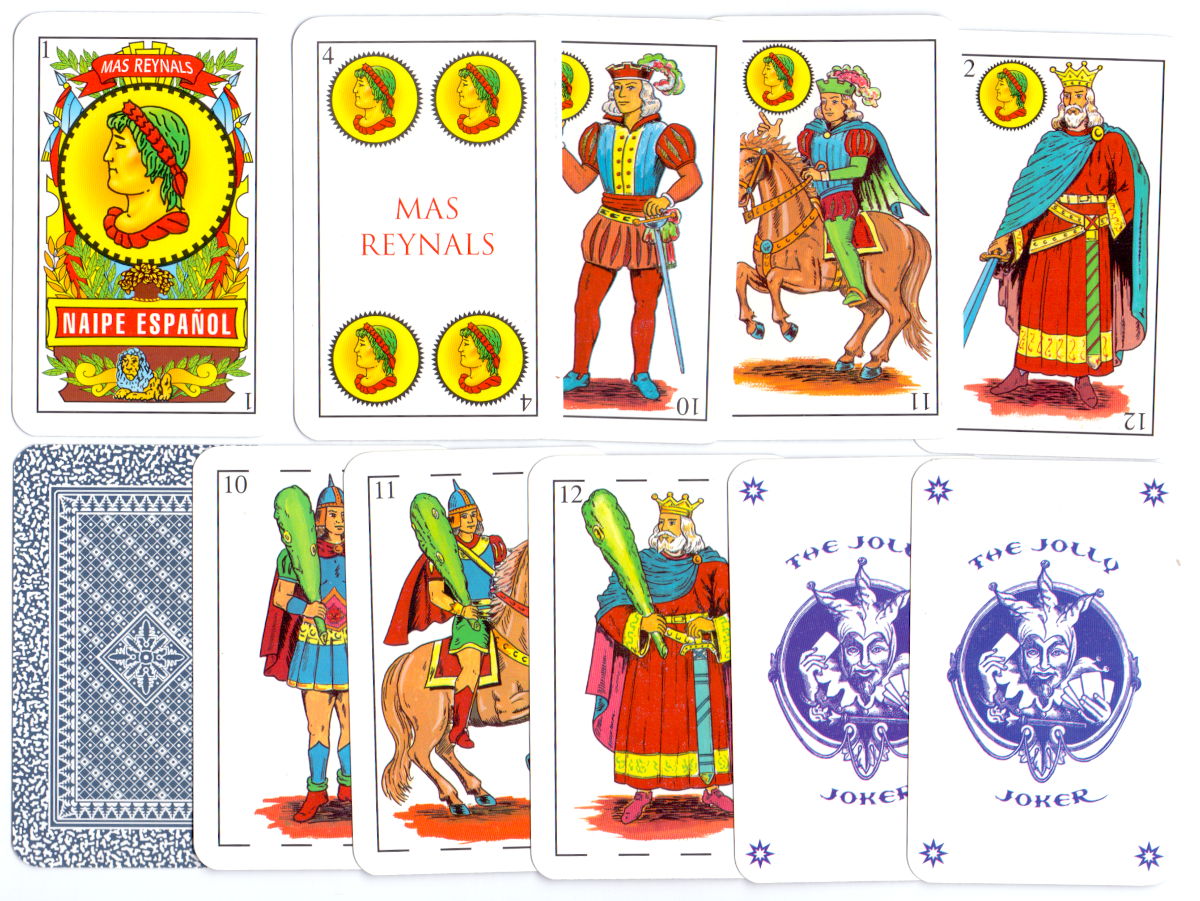 Above: Varitemas standard anglo-american pattern as seen in a Souvenir deck, c.2012. 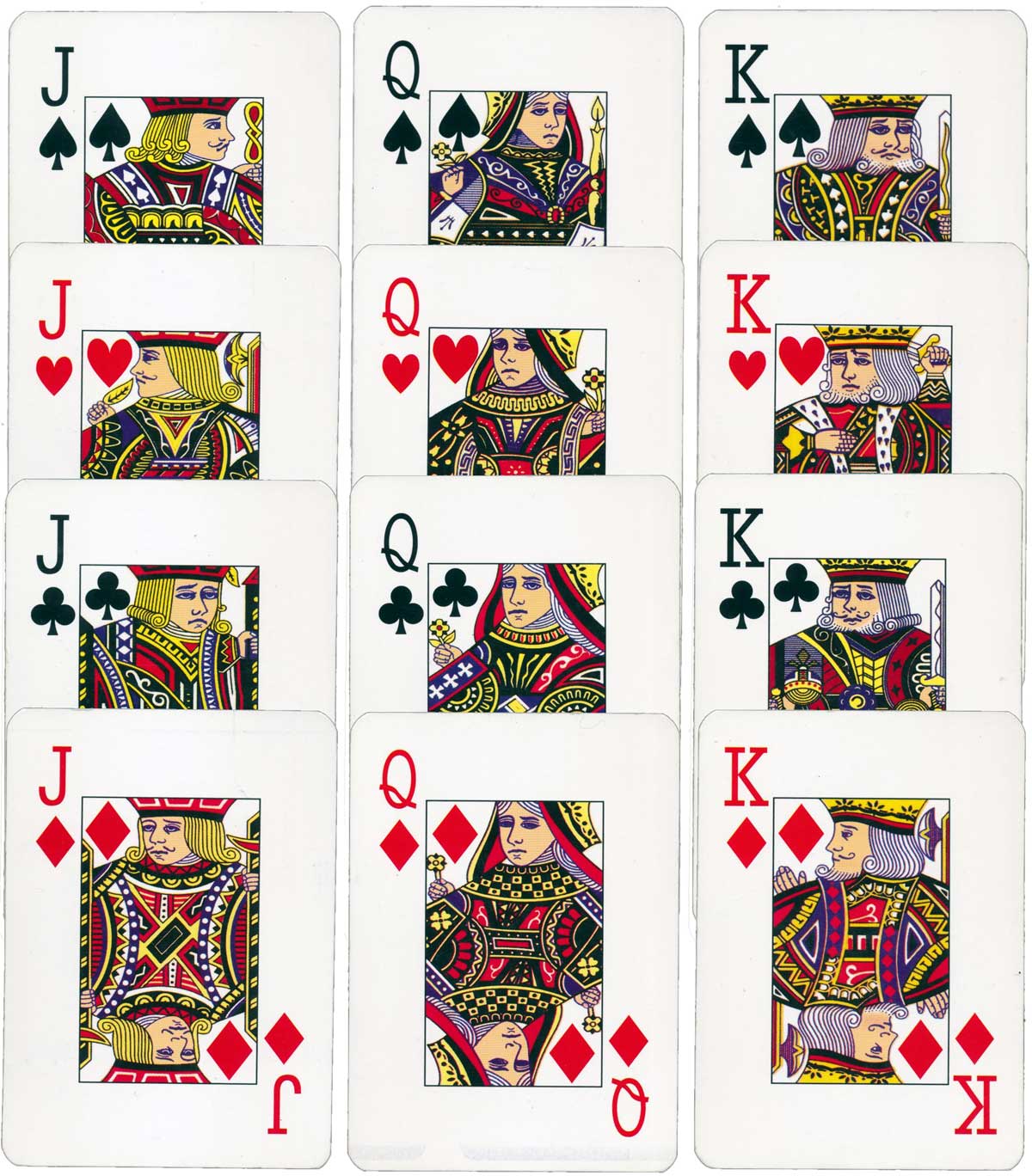 Above: Varitemas standard anglo-american courts as seen in “Poker 209”, c.2012. The courts are a copy of a common USPC design, and the cards are physically manufactured in China. Varitemas S.L. is the new trading name of Mas Reynals (Barcelona). Images courtesy Matt Probert. 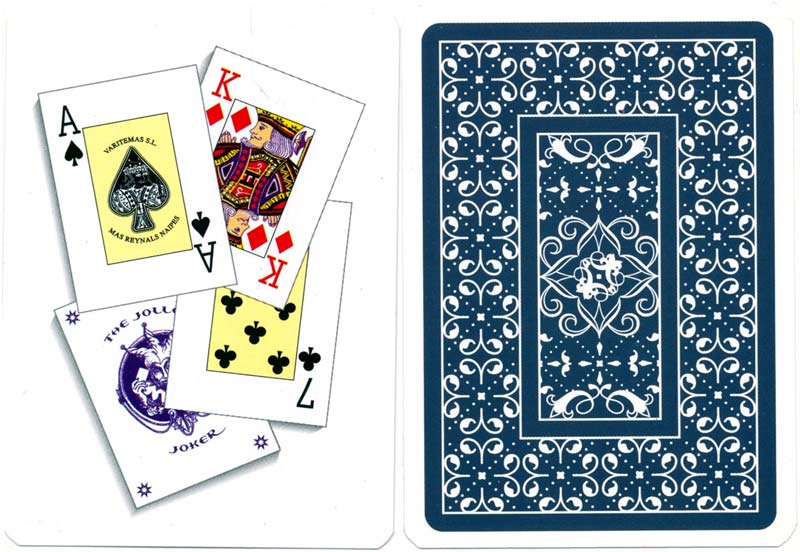