Navarra pattern by an unknown cardmaker with initials I. I. shown on the three of batons, produced at the Pamplona Hospital Monopoly factory, dated 1793. The designs are likely copied from older woodblocks, or actually printed from older blocks with a new date added by fixing a small metal plate onto the four of swords. Other inscriptions appear to be missing - see the two and five of swords. It can often be noted that the quality of designs deteriorates over time because of such practices [more]. The ace of coins features the coat of arms of Navarra with a double-headed eagle (which was actually an anachronism by this time). These features were probably stipulated in the contract awarded to the cardmaker by the Hospital. The caballo of coins does not have the small bell, and in many other respects this pack closely resembles that of Pedro Varangot of 1786► 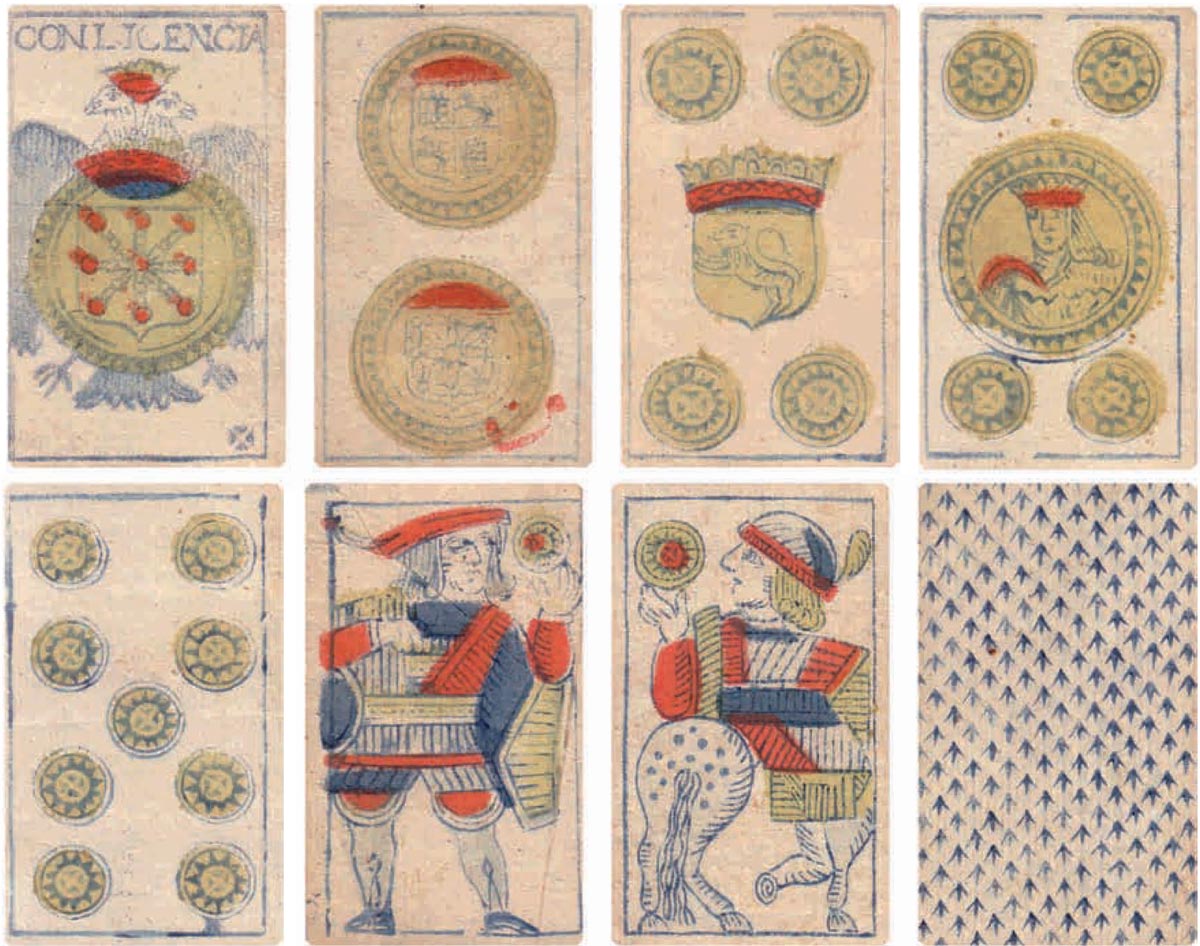 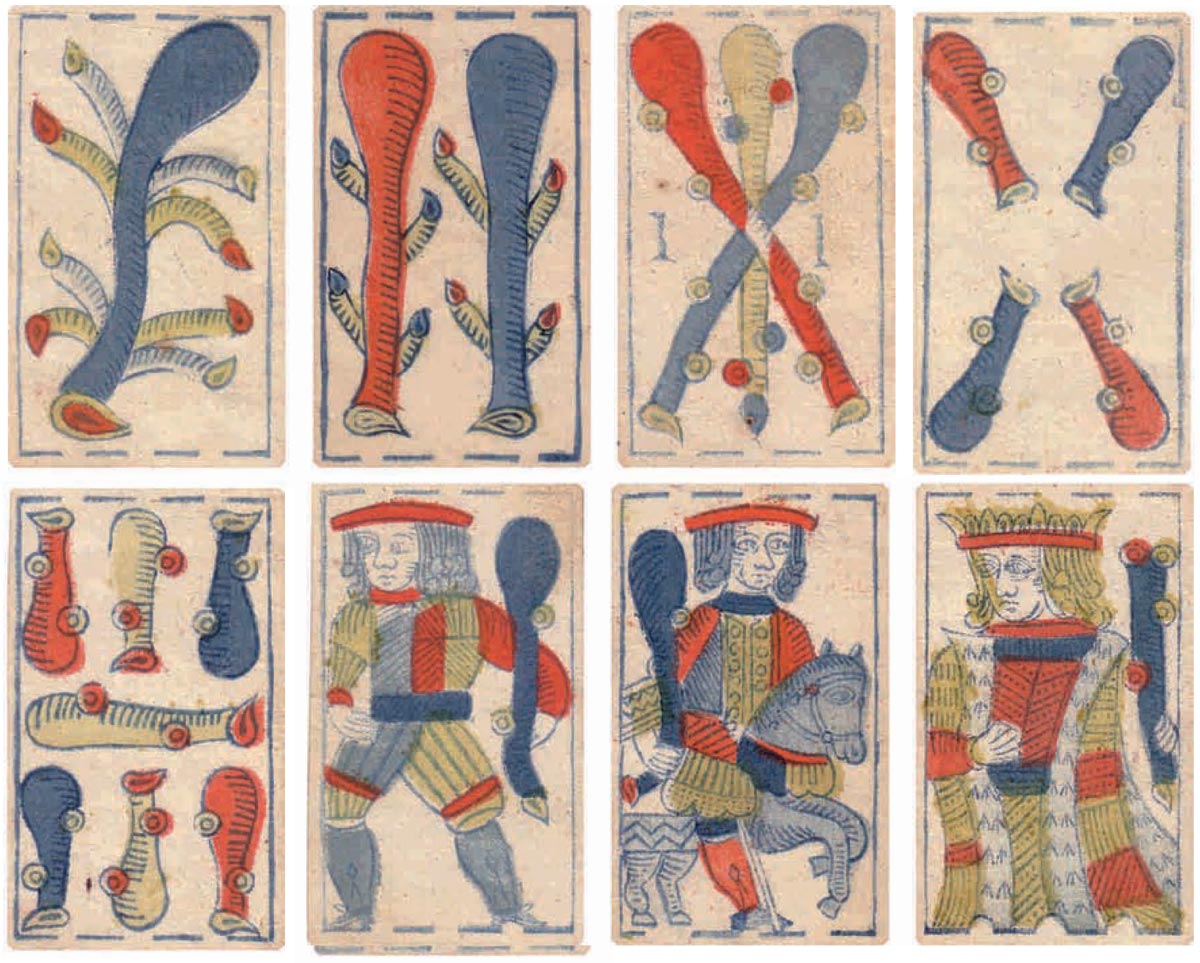 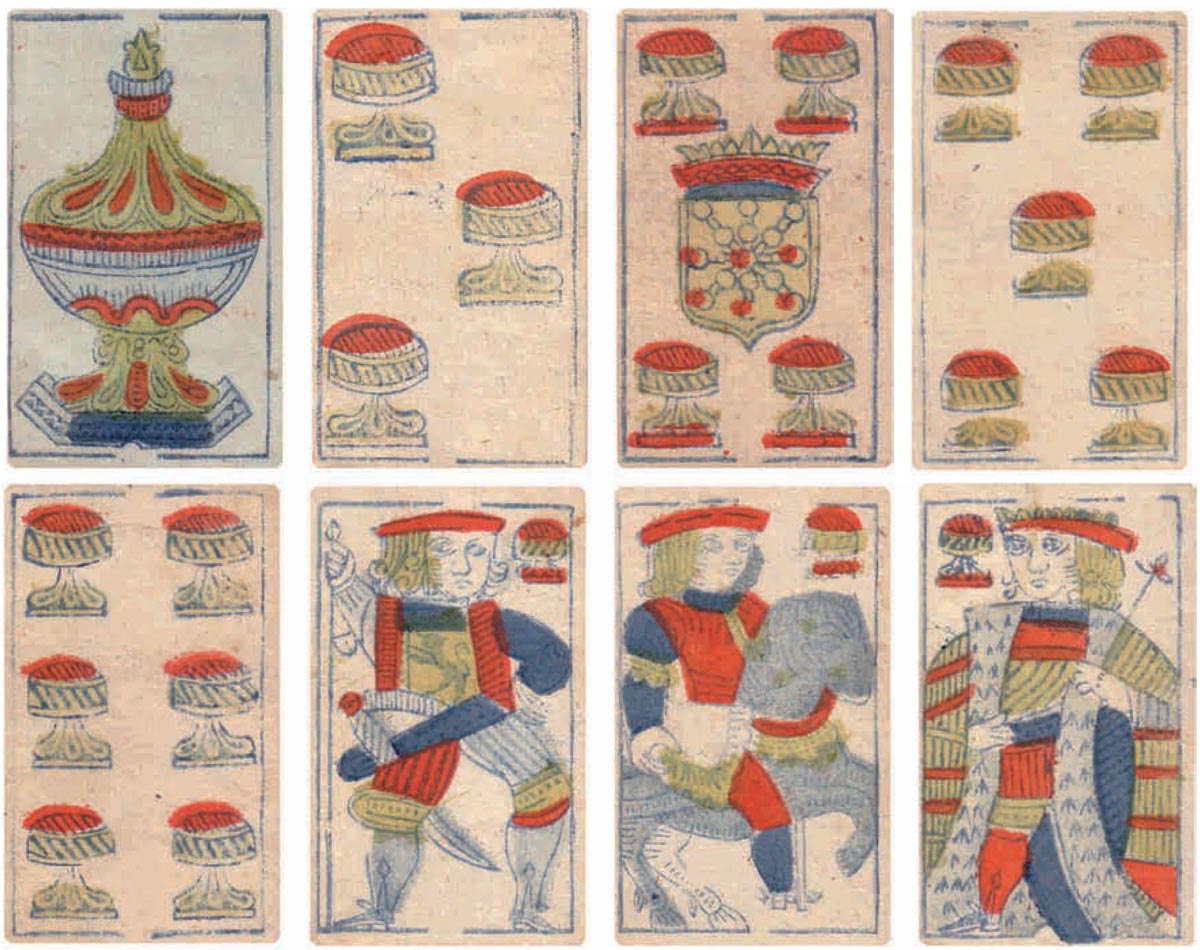 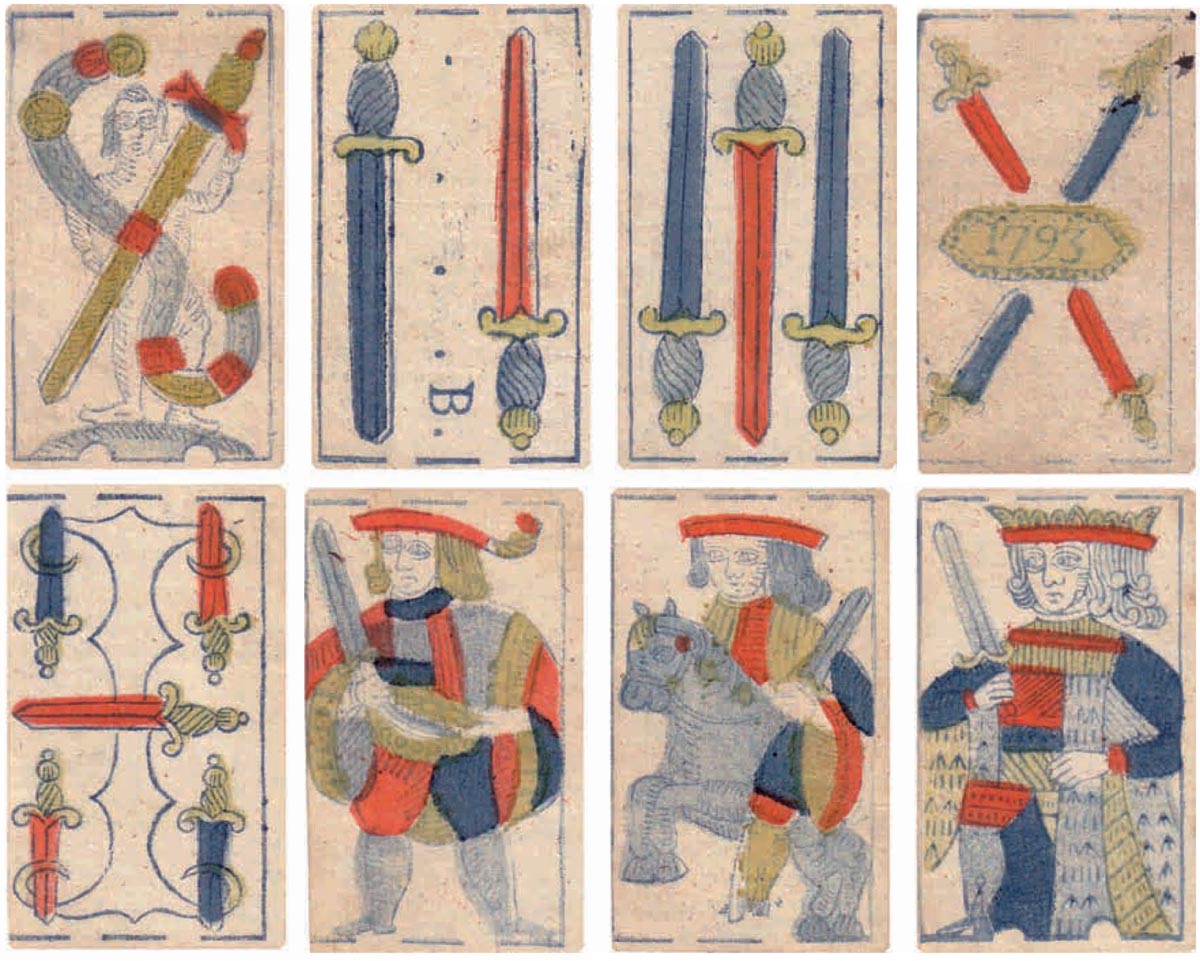 Above: Navarra pattern by an unknown cardmaker with initials I. I., 1793. Printed in blue outlines from woodblocks and coloured using stencils in three colours. The reverse has a pattern of arrowheads, also in blue, frequently found on 18th century playing cards. The maker’s name could be anything such as Iehan, Iacques, Iohannes, etc. 48 cards, 48 x 79 mm, used primarily for playing games such as Revesino, Cientos & Aluette. From the collection of Gonzaga Gil-Delgado Friginal.

Another very similar pack exists in the form of a woodblock in the Museo Fournier de Naipes de Álava [inventory nº 10002], of which a facsimile edition was produced in 1988►