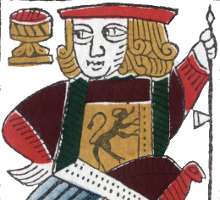 Produced by Erregeak, 1988, in a limited edition of 400 copies. The Ace of Coins has a twin-headed imperial eagle and the arms of Navarre, although no actual manufacturer or location is named. Several archaic features found on early Spanish decks include the King of Coins wielding a battle axe and the cavalier of coins in three-quarters rear position. However, in some respects the figures are more stiff and less playful than, for example, Phelippe Ayet from a century earlier. The colour scheme has been taken from other packs of the same era. 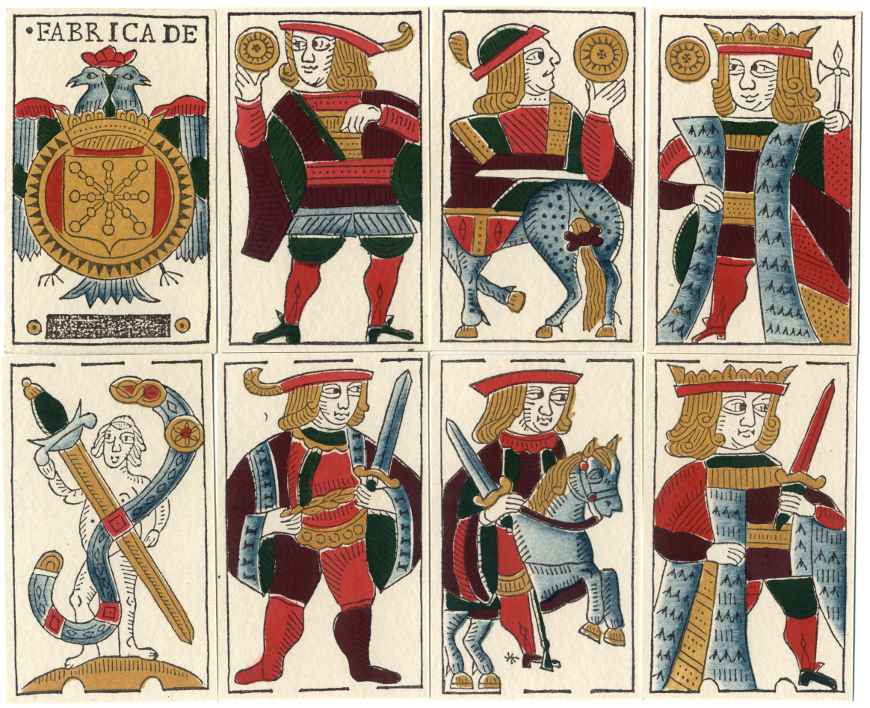 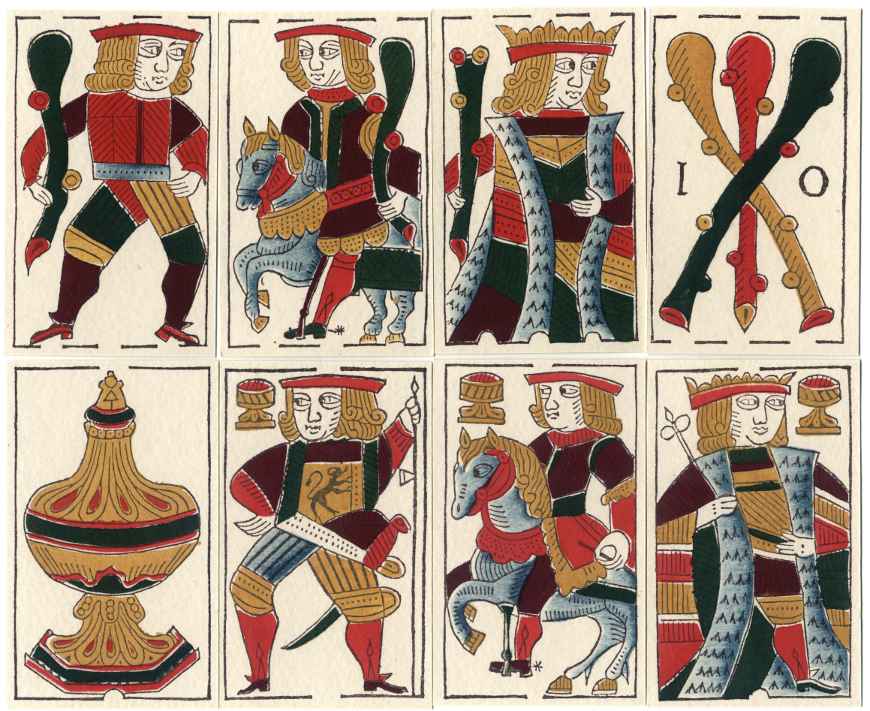 Above: facsimile of 17th century Spanish-suited playing cards which would originally have been made in or for the region of Navarre in Northern Spain. Limited edition of 400 copies, produced by Erregeak, Sormen S.A., Vitoria-Gasteiz (Alava), Spain, 1988. The Sota of Cups has a lion insignia on the breast of his tunic which also appears on the Four of Coins. The Five of Coins features a single bust in the central coin, instead of two facing busts as seen in earlier examples which depicted the Catholic monarchs Ferdinand and Isabella.