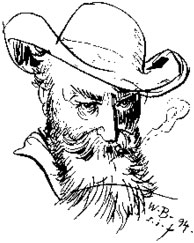 German card games from the collection of Rex Pitts

Wilhelm Busch was a German caricaturist and humourist who lived from 1832-1908 (during the aftermath of the unsuccessful revolutions of 1848-49). He was immensely famous in his own country and loved by all Germans due to his satirical “picture stories” in which he mocked the “Biedermeier bourgeoisie”. He is credited as the inventor of the comic strip and his cartoons and comic verse are as well known in Germany as Edward Lear’s cartoons and limericks are in England. Most famous of his characters are Max and Moritz, a couple of bumbling nitwits always in trouble. Their adventures continued from very early in Busch’s career to the very end. A later entrant was Fipps the Ape, also very popular. Many card games were produced in Germany using his characters and several are illustrated here. The Germans definitely do have a sense of humour!  See: Wikipedia article → 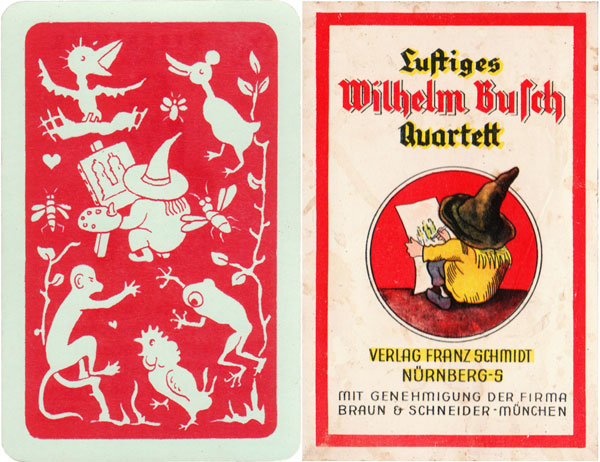 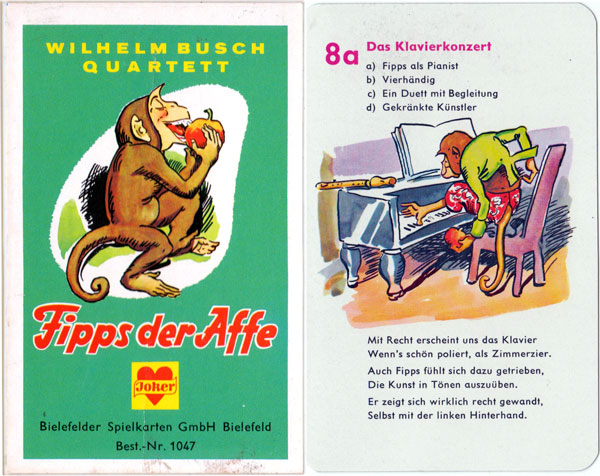 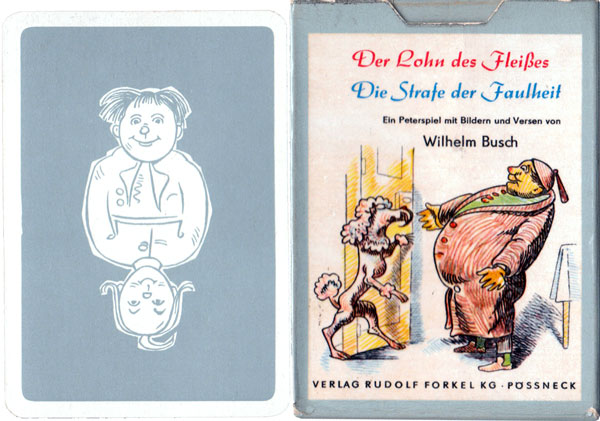 Above: “Der Lohn des Fleisses“ (The reward of diligence) card game coupled with “Die Strafe der Faulheit“ (The punishment of sloth) in verse and pictures, with cautionary tone. 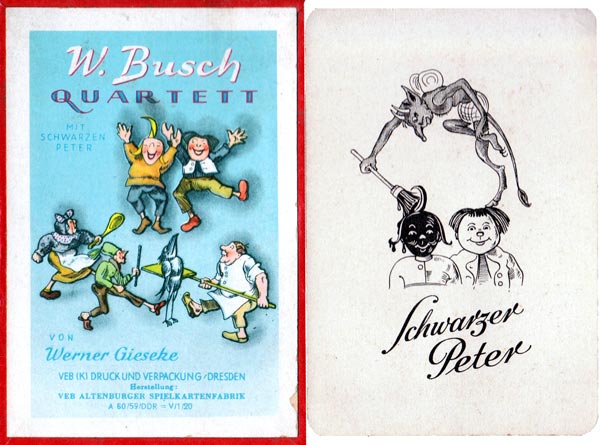 from the collection of Rex Pitts

Besides the range of children's card games published by B. Dondorf and J.W. Spear & Söhne which tended to be more educational, a number of comic games were produced by other German manufacturers with perhaps a preponderance of “Schwarzer Peter” games, where the main focus of the game is towards the last card, which might be a black cat, chimney sweep or homourous character: 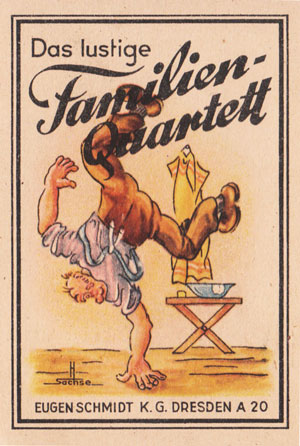 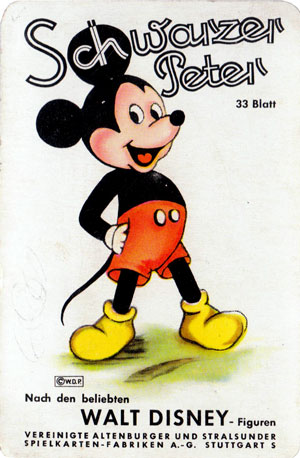 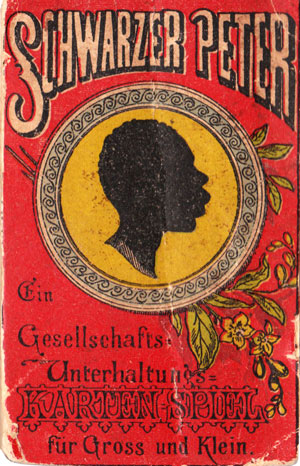 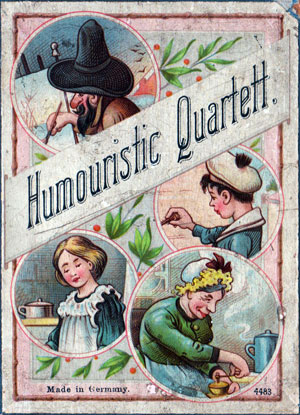 Above: “Humouristic Quartett” game made in Germany. 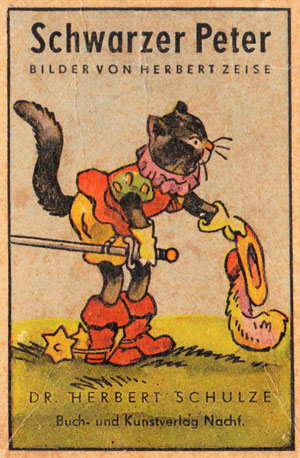 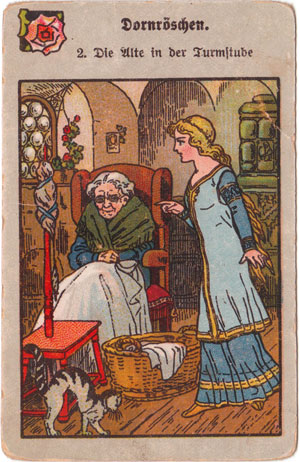 Above: Card game based on Grimms’ fairy tales. 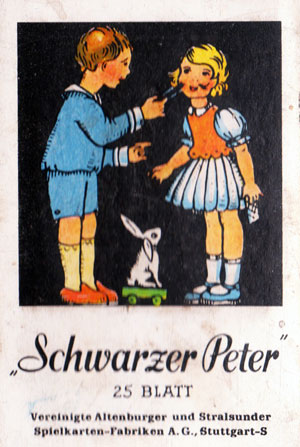 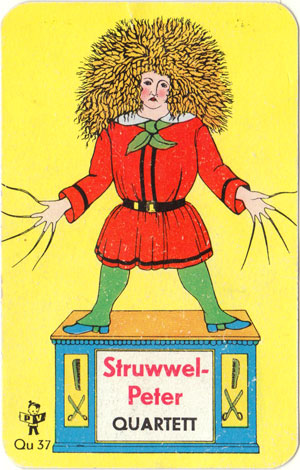