Rameses Fortune Telling Cards were manufactured by Chas. Goodall & Son Ltd, Camden Works, London, c.1910, around the same time as Rameses The Egyptian Wonderworker, the successful magician illusionist (see image below), flourished. The cards have fortune-telling interpretations printed at the top and bottom of each card, and are presented in a mock snakeskin box which includes an instruction leaflet explaining how to shuffle and lay out the cards for readings, plus a rough outline of the meaning of each card. The back depicts a double-ended Egyptian scene.

Many fortune-telling packs share a repertoire of symbolic items such as clouds, a key, the sun, a coffin, and so on. Standard playing cards have been widely used for fortune-telling and over time the single cards in the pack have acquired certain fortune-telling meanings. In a number of cases these meanings are printed at the edges of the card, as in this example.

Below: Rameses post-card, c.1910. It is not known whether the success and popularity of Rameses the Sensational Wonderworker had any influence on Goodall's pack of fortune-telling cards with the same name, but it is a curious coincidence. Rameses did in fact appear in Camden (possibly at the Bedford Theatre) in 1910. Image and information about Rameses the 'Sensational Wonder Worker' kindly supplied by Chris Woodward. 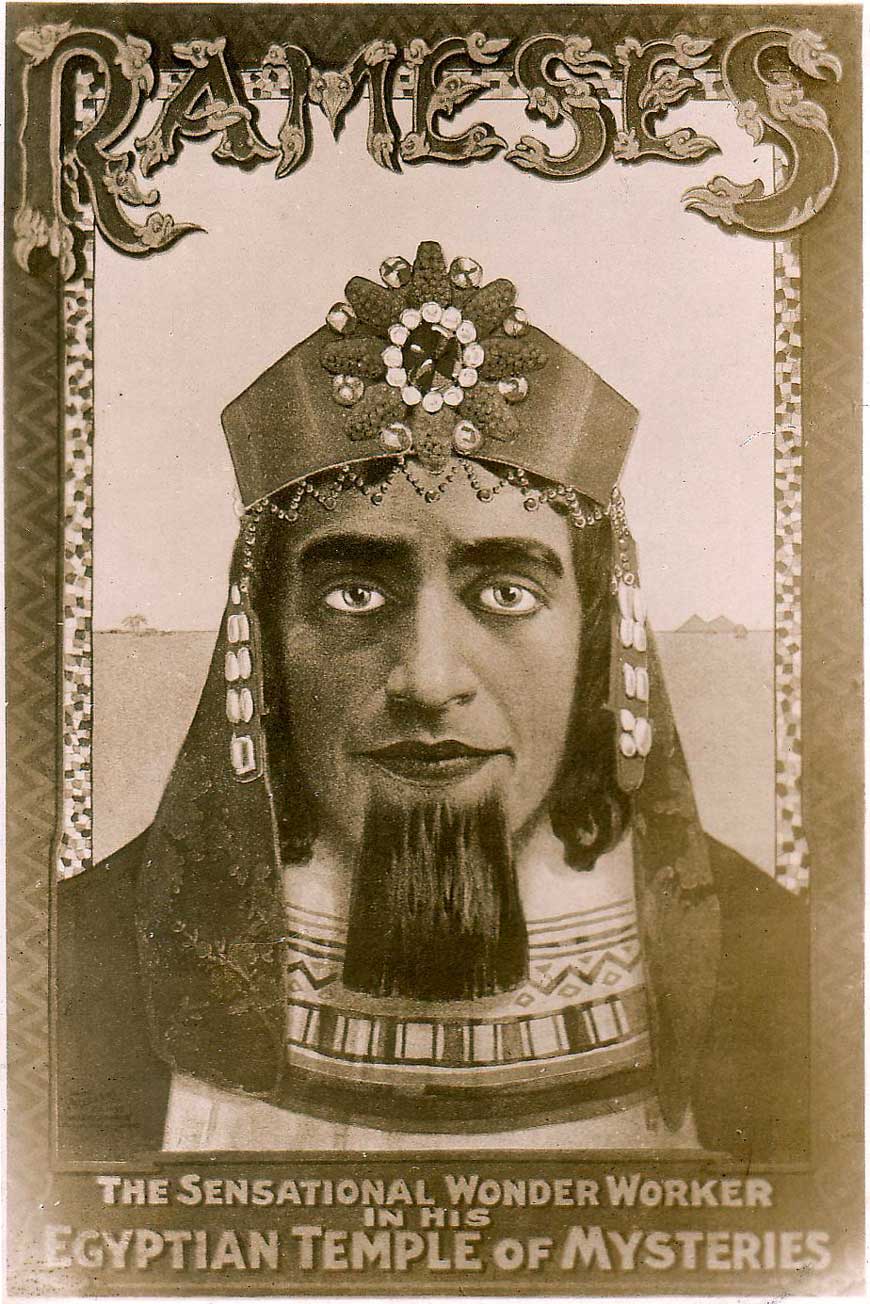