In 1868 Heraclio Fournier González (1849-1916), descendant of renowned master printers of Paris, founded a small playing card factory in Vitoria, Spain. The workshops were originally located in Plaza Nueva where he trialled new printing methods and achieved success with the quality of his playing cards. On his death the business was managed by his nephew Félix Alfaro Fournier (1895–1989) who began the Fournier Playing Card collection (Museo Fournier de Naipes) which is based at Diputación Foral de Álava. Today the business is part of the Jarden Corporation (USA). A history of the company can be found on their website: www.nhfournier.es►

Above: Heraclio Fournier's first playing cards, printed from lithographic stones, 1868. A facsimile edition was published in 1994. 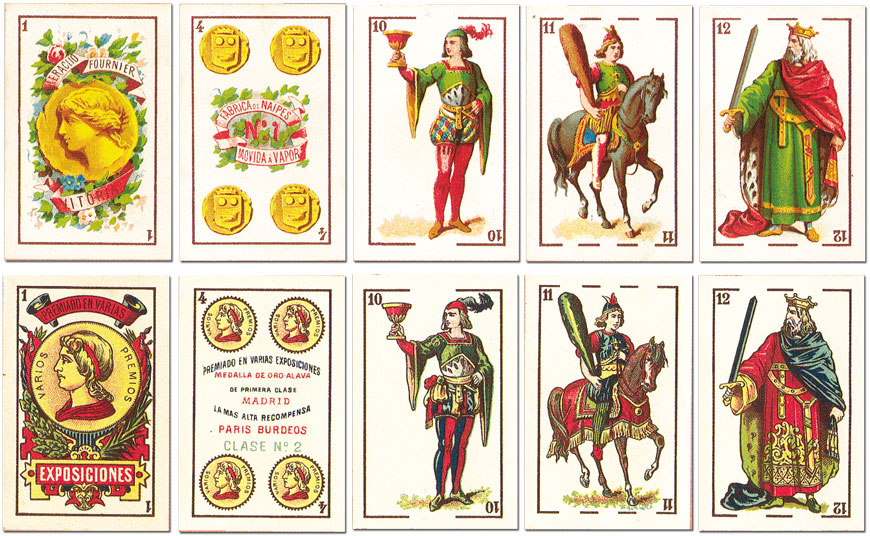 Above: Emilio Soubrier, from the local Art and Design College, was commissioned in 1877 by D. Heraclio Fournier to produce a new definitive set of playing card designs. These were produced with assistance from Ignacio Díaz de Olano (top row). Ten years later, the designs were revised by Augusto Rius and became the standard ‘Castilian’ pattern which is used today around the world (bottom row)   see more → 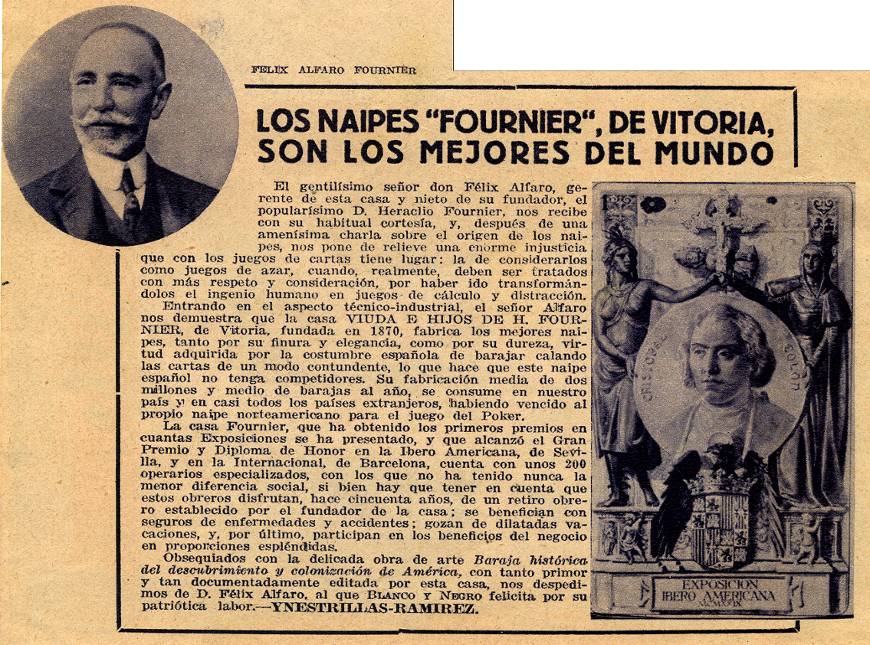 The above newspaper article appeared in August, 1934. The pack referred to in the article is shown below. 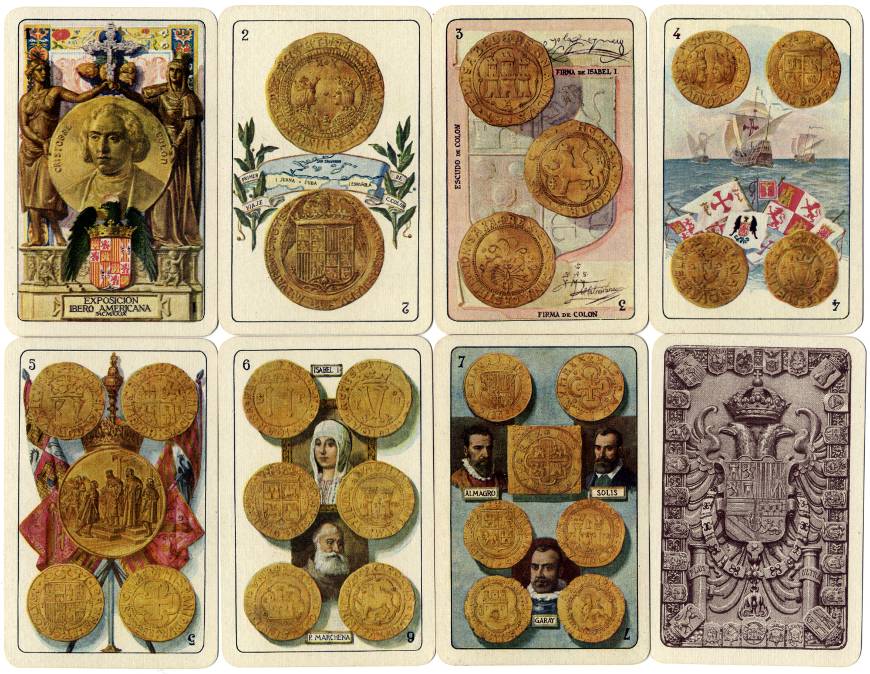 Fournier at its best... 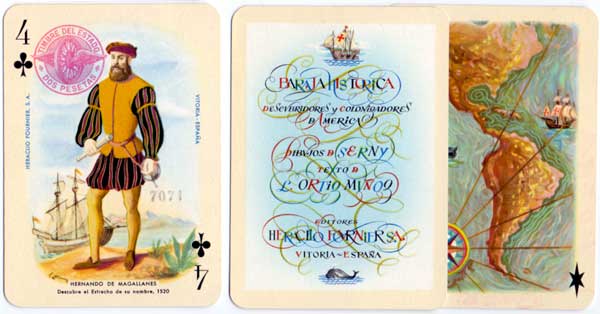 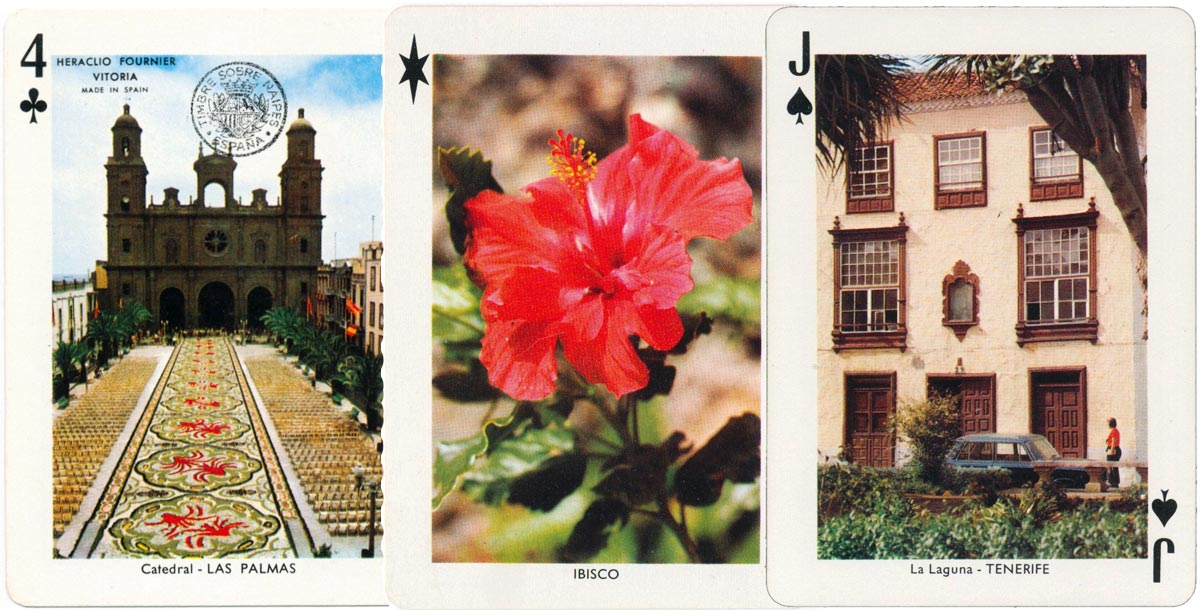 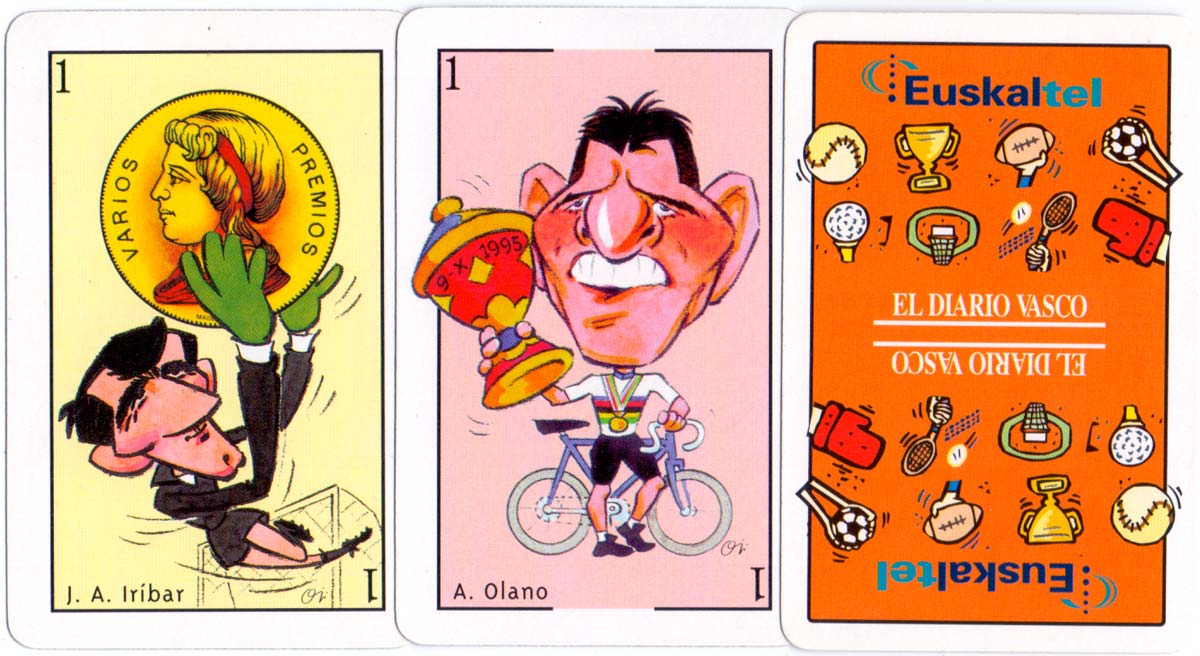 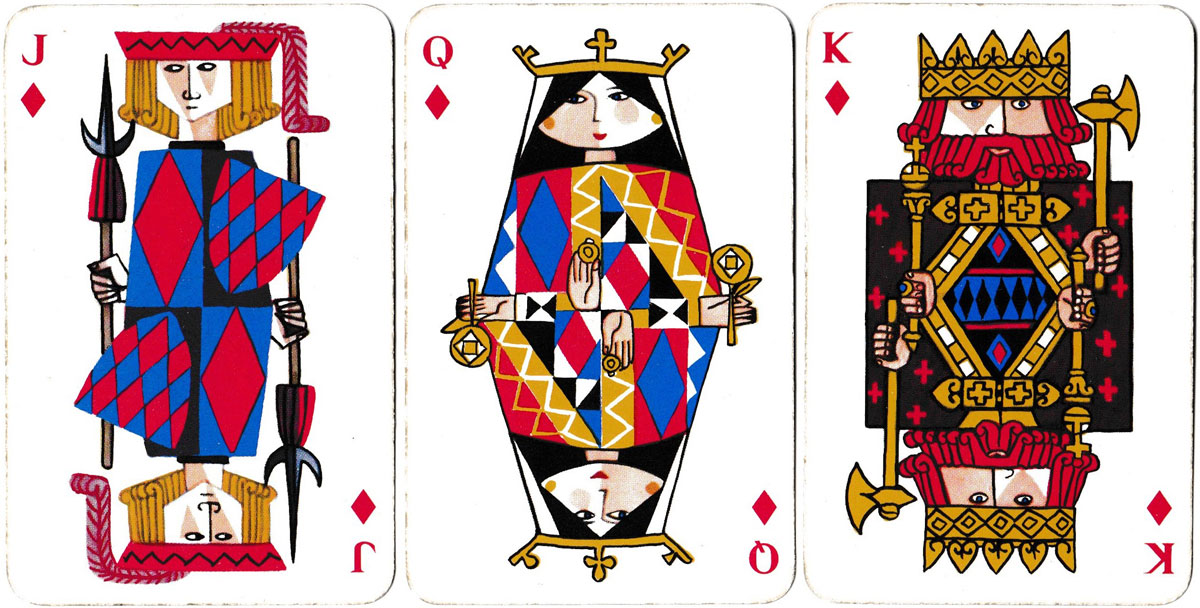 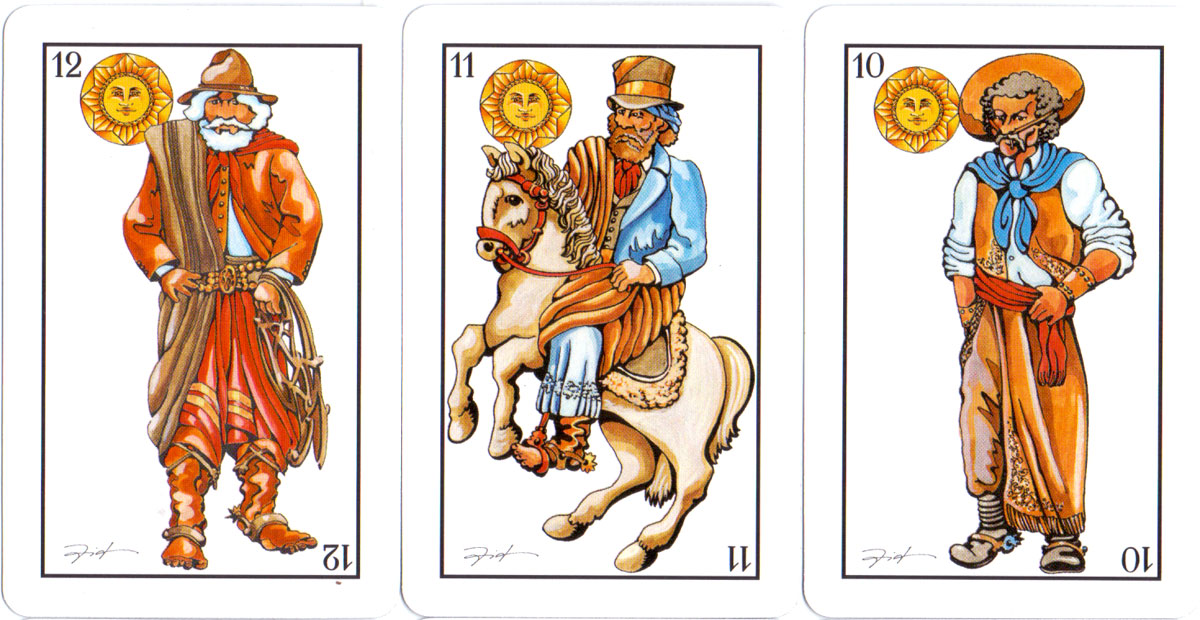 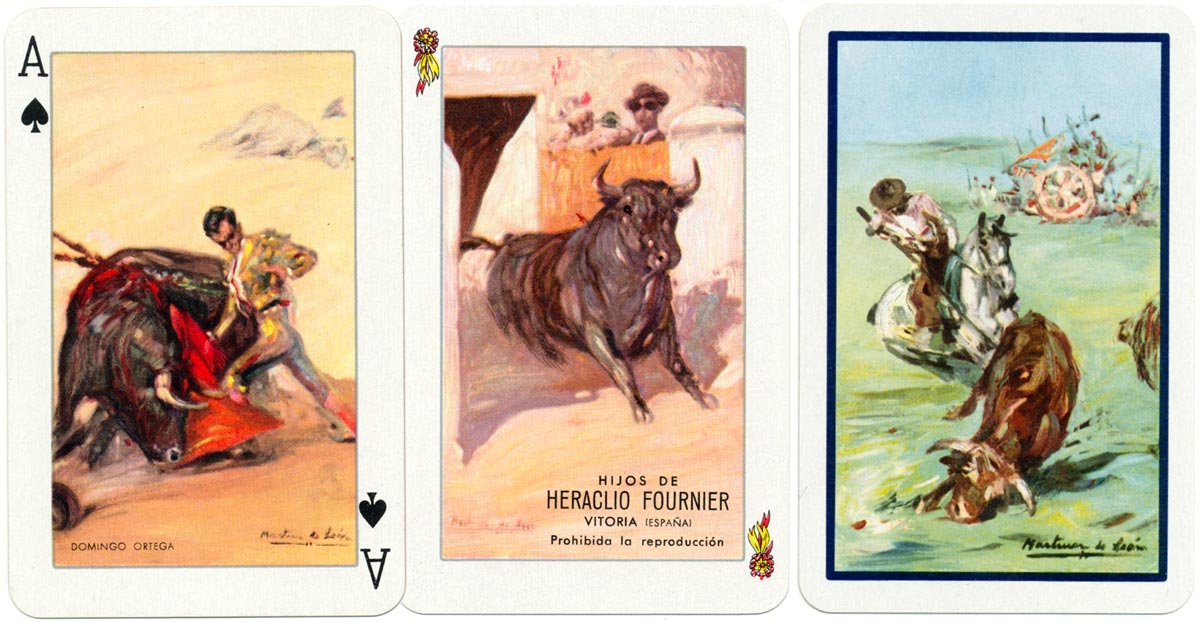 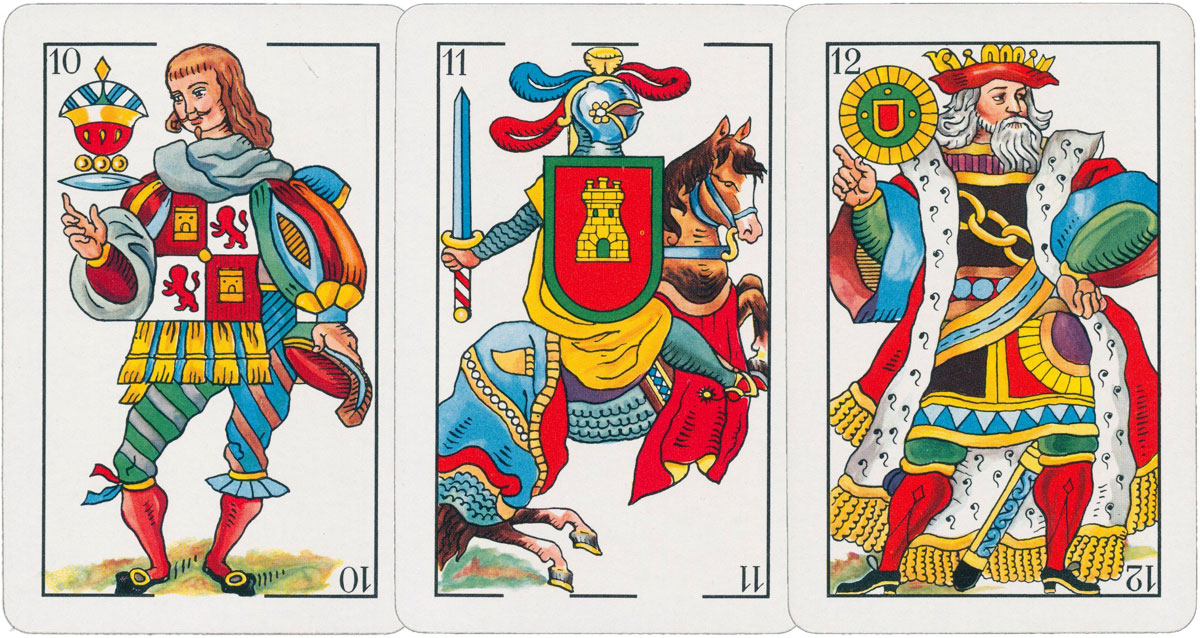 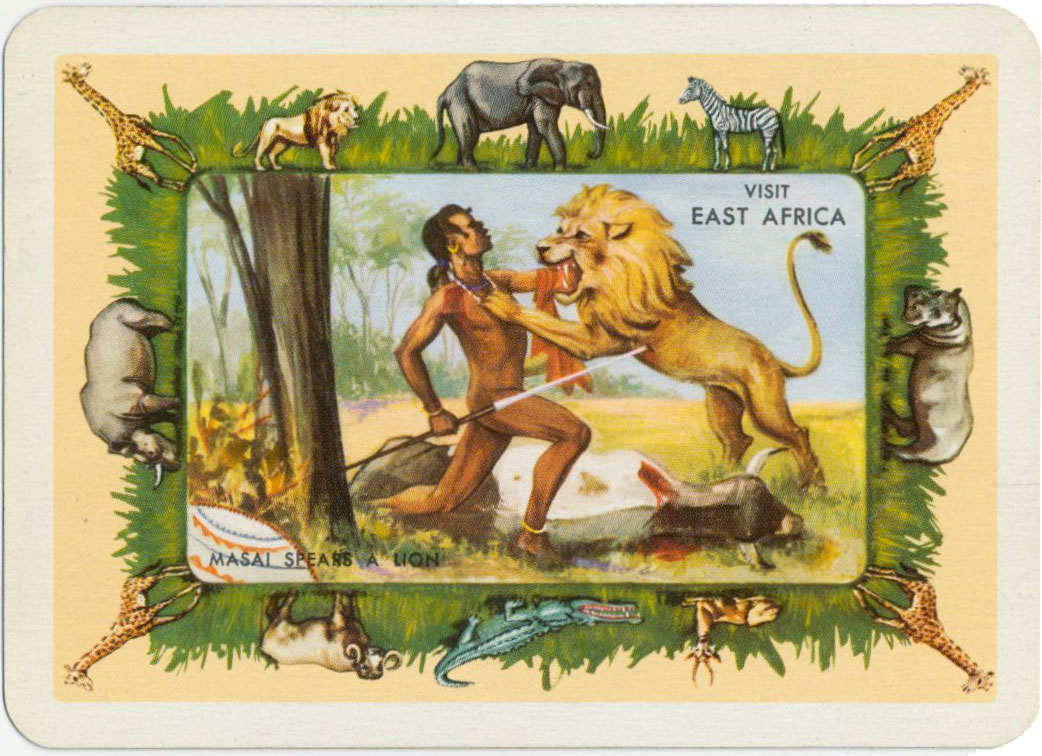 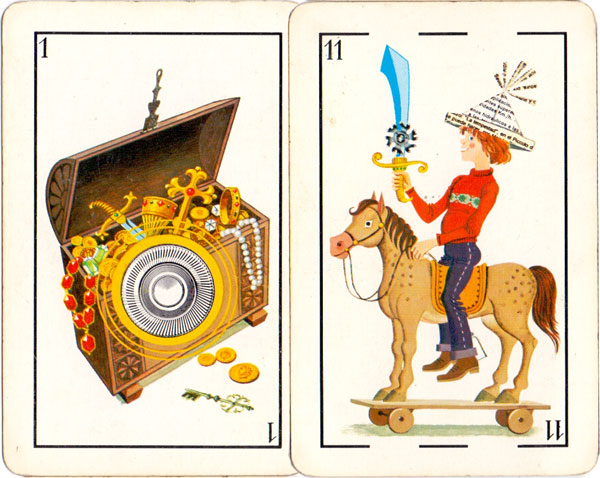 Inside the Fournier playing card factory in Vitoria, Spain... 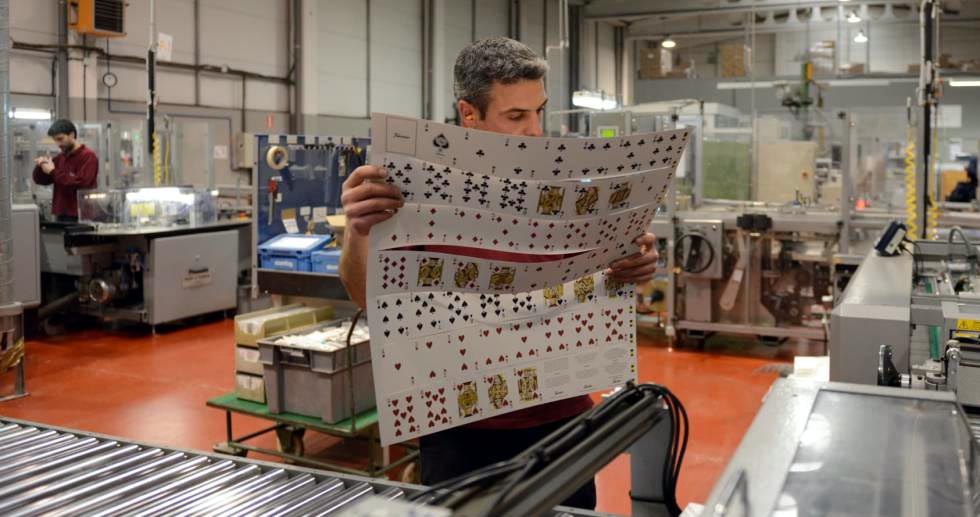