José Maria Quercia y Possi was an Italian immigrant who joined the Chilean Independence army. He fled to Buenos Aires after being defeated by Spanish forces in the Battle of Rancagua in 1814. Once he had re-settled in Buenos Aires, he set up a playing card factory known as "Fábrica de Buenos Aires" as shown on the ace of coins.

A document dated 2nd November 1816 states that the factory manager, Félipe Cardenas, filed a complaint regarding illegal imported playing cards which were damaging the business. These are likely to have been arriving from Italy and Spain. Shortly after this Quercia y Possi returned to Chile and no further information about the playing card factory is known.

Quercia y Possi was also a practising Freemason and this is alluded to on the four of cups. 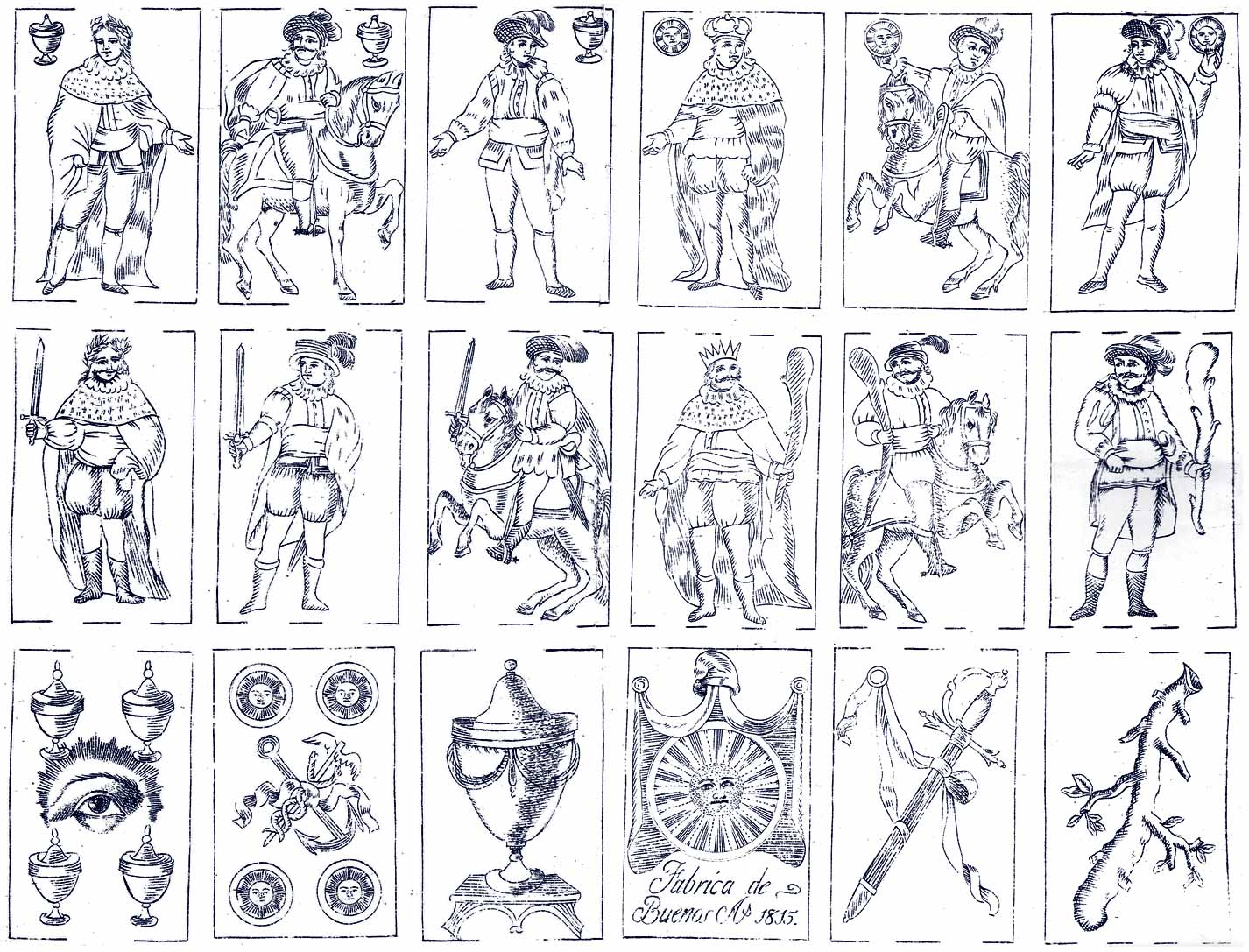 This uncoloured proof sheet is preserved in the Archivo General de la Nación (Buenos Aires). Each card measures 8.8 x 5.5 cms. The designs are based on an earlier model by Juan Francisco Maciá of Madrid, first published in around 1800, and subsequently by Juan José Maciá of Barcelona, in 1830, which was widely imitated in Spain and Italy during the19th century.   More →

Thanks to Juan Carlos Recarey for help with historical information. Images from printed sheet held in the Archivo General de la Nación (Buenos Aires). A second companion sheet is believed to have existed but which is now missing from the archive.