Cards were first imported to Central America from Spain, although local production has always existed. Today El Salvador has some local production of playing cards, which are often of rudimentary quality.

El Salvador was named in 1524 by it's Spanish conqueror, Pedro de Alvardo, after the Holy Saviour. It's people are chiefly of mixed Spanish and Indian blood and speak Spanish. With the neighbouring Spanish-American colonies El Salvador freed itself from Spanish rule in 1821, and with the states of Guatemala, Costa Rica, Honduras and Nicaragua formed the Central American Federation. The Federation was dissolved in 1839 when El Salvador became an independent republic.

Above: Spanish playing cards exported to new Spanish colonies from c.1520 onwards. Cards like these would have been in use in El Salvador for the first 300 years or so after the first Spanish settlers arrived.

Cards were first imported to Central America from Spain, although local production has always existed. Today El Salvador has some local production of playing cards, which are often of rudimentary quality. Copies of Fournier's 'Castilian' design, as well as redrawings of the 19th century Cádiz pattern, can be found. Brands include Naipes HISPASA, Naipes El BORREGO and Naipes CISNE. 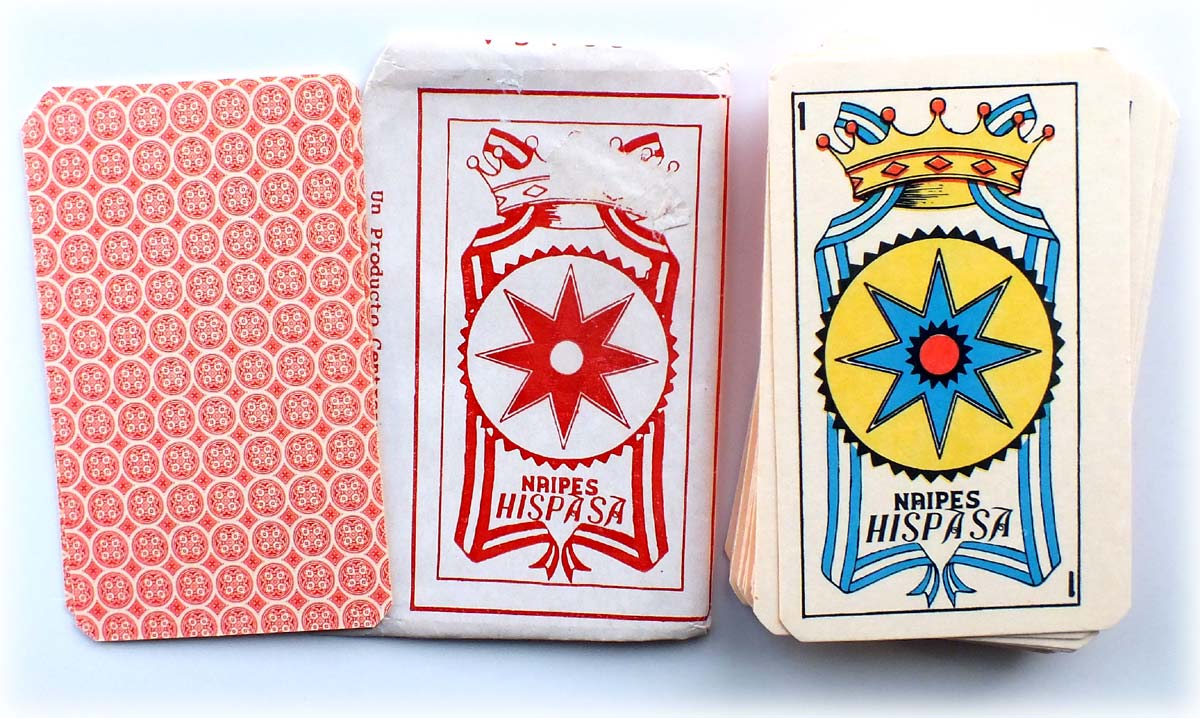 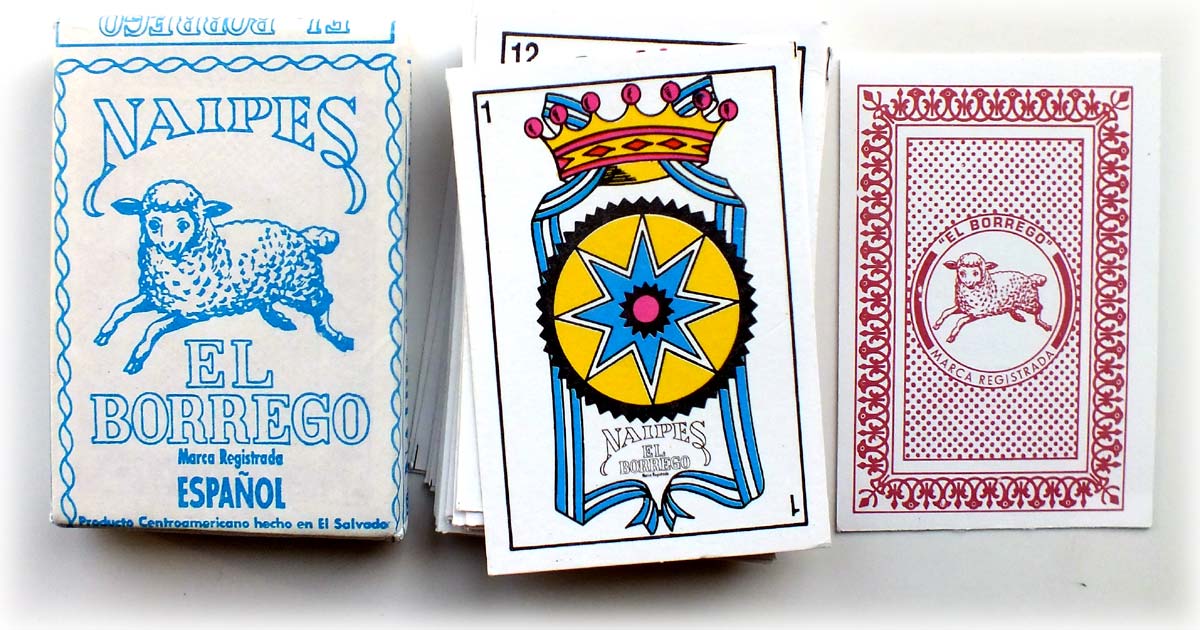 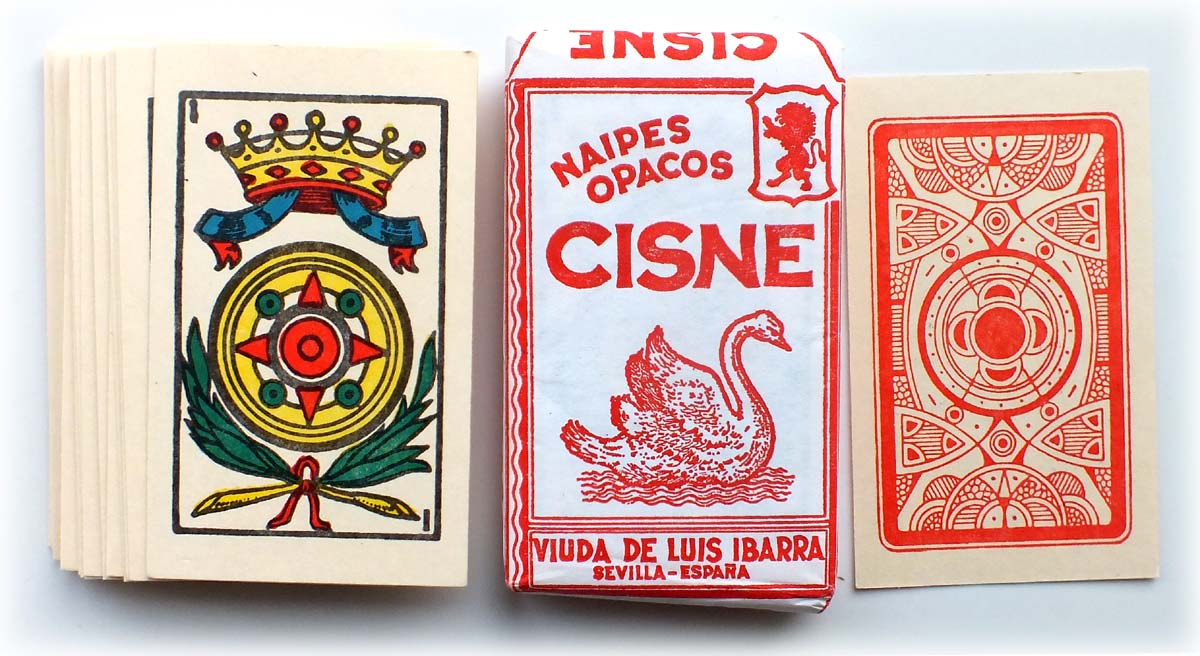 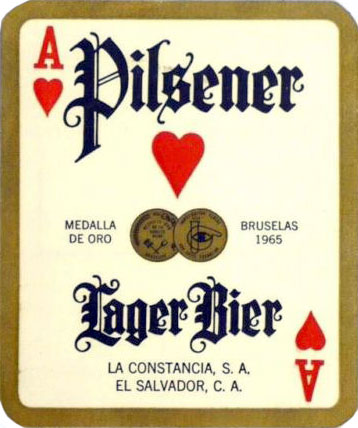 Inspired by an archaic Spanish pattern formerly used in Spain during the 16th and 17th centuries.

Spanish National pattern re-printed from original woodblocks which are preserved in the monastery at Valdemosa, Mallorca, c.1960.

‘La Auténtica Baraja Canaria’ was published in 1995 by Justo Pérez as an expression of the history and character of the Canary Islands.

Spanish playing cards such as these were used in those parts of France where certain games were enjoyed, such as Aluette.

‘La Española Classic’ is a traditional ‘La Española’ Spanish-suited pack and is produced in several sizes (standard, round, small and pocket).

Cartes Catalanes are used in a small area in the Eastern Pyrenées region of Southern France.

Playing cards recovered from the Northern Chile saltpetre workers. The cards are mostly from Spanish 'Cadiz' pattern decks, and several manufacturers can be identified.

Cards of the Spanish National Pattern 'Money Bag' type manufactured by Pedro Bosio, Genova (Italy) probably during the 18th century and for export to Spain or South America.

An example of the typical version of the Spanish Catalan pattern which is widely used in South American countries, especially Argentina, Chile and Uruguay.

Hijos de José Garcia Taboadela was a book-seller who also published this charming pack of lovers' fortune telling cards in 1871.