Where did Playing Cards come from?

The Origins of Playing Cards

Above: four of cups from a set of Moorish playing cards, XV century. 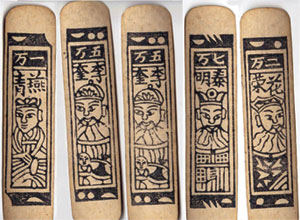 Above: Korean printing with movable type from the Goryeo dynasty (13th century).

A cluster of early literary references refer to the game being introduced by 'a Saracen', 'the Moorish Game' etc. Etymological evidence also suggests that the Arabs introduced playing cards into Europe in the second half of the fourteenth century and that European cards evolved from the suit system and composition of these cards. These early cards were termed ‘naib’ which corresponds with the Italian ‘naipi’ and Spanish ‘naipes’, and possibly the English ‘knave’.

How were they introduced?

Scenario 1: playing cards might have been introduced into Europe by a fourteenth century traveller returning from afar, who said 'Hey chaps, guess what I saw in ….' and then proceed to manufacture a set of cards out of scraps of cardboard according to his recollections of seeing a similar game being played elsewhere. The symbols and courts might have been what he thought that he had seen, and also the game played with them.

Scenario 2: a number of travellers to Asia or Africa learned some card game, individually or as a group, and having played it with local inhabitants and perhaps each other during their travels, they decided to bring a pack or a few packs back with them, so that they could continue playing at home in Europe. When the original cards wore out they had copies made locally in Europe.

Right: ace of cups from a set of early XV century playing cards.

Objection: The early reference says 'introduced by a Saracen' so it seems that it was more a case of an Arabic game being introduced by a Saracen rather than some Europeans discovering it on their travels. However, any of the above may contain some truth: words shift their meanings, carry multiple meanings or outgrow their etymologies.

To make playing cards we need printing, labour and some capital.

To print the playing cards we need paper, ink and a press. Also a demand which can be satisfied and expanded so that our investment will be rewarded.

For paper to be in existence we need writing, government clerks, bureaucracy, accountancy, etc. Paper making spread throuhout Central Asia by the end of the fourth century and reached Baghdad by the eighth century. Before paper we had tablets, textiles, felt, papyrus and vellum which had already allowed these requirements to develop so that paper became a commercially feasible discovery.

All these technologies originally flourished in the far East long before they reached Europe. Printing was done with movable type in Korea several hundred before it was ‘invented’ by Johannes Gutenberg in Europe. Before this woodblock technology was used to print books, banknotes, patterns on fabrics and playing cards in China. Detailed knowledge of woodblock printing spread across the Mongol Empire from East to West Asia. Knowledge of Asian printing reached Europe, as a concept or even as a tangible artefact, and only needed to be reverse-engineered or deduced using local resources and ingenuity.

Lines of cultural inter-connection between the Far East and Europe enabled these technologies to be transmitted, to take root or materialise, when the time was right, such as when a commercial opportunity arose. In this way, playing cards arrived in Europe around the mid-14th century... 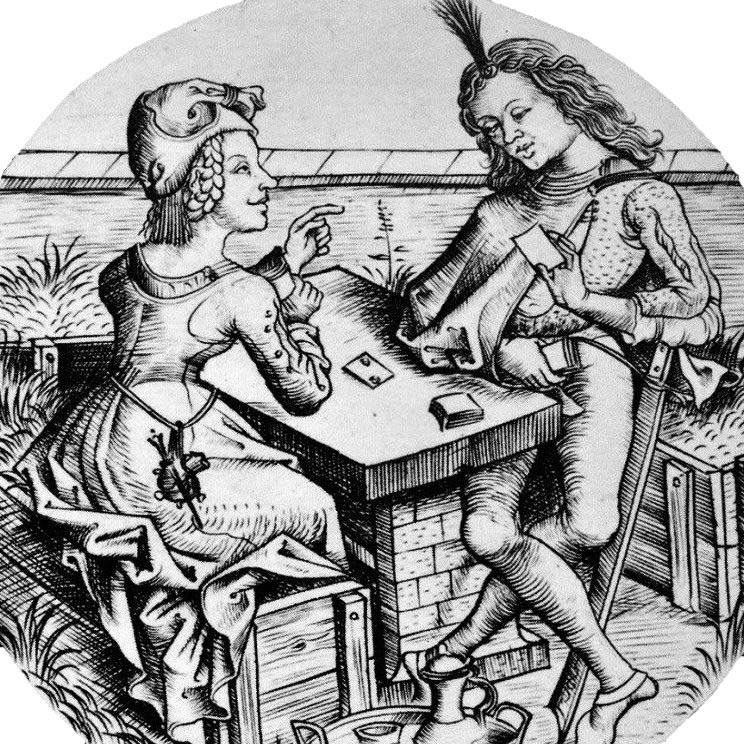