The Spanish playing card monopoly was first established in 1543. It was divided into several regions including Aragon, Toledo, Castile, Seville as well as Mexico and ‘New Spain’. Leases for these respective monopolies were awarded on a competitive basis to the highest bidder and subject to strict controls. Lease holders also enjoyed the protection of laws governing the playing card monopolies, which included the outlawing of contraband playing cards and protection against Moors, Turks, Pirates, Corsairs and enemies of the Catholic Faith. Manufacturers were required to sell their packs of playing cards at prices controlled by law. Whilst the different regional monopolies were subject to different fiscal and administrative regimes, it is not clear whether any regional differences existed in the style or design of the playing cards themselves.

Examples of sixteenth century Spanish playing cards manufactured in Seville with distinctive designs were unearthed in Peru during archaeological excavations,  click here. These were similar to cards printed by Francisco Flores. However, these early cards bear no resemblance to the seventeenth century cards produced in Seville which are shown below: 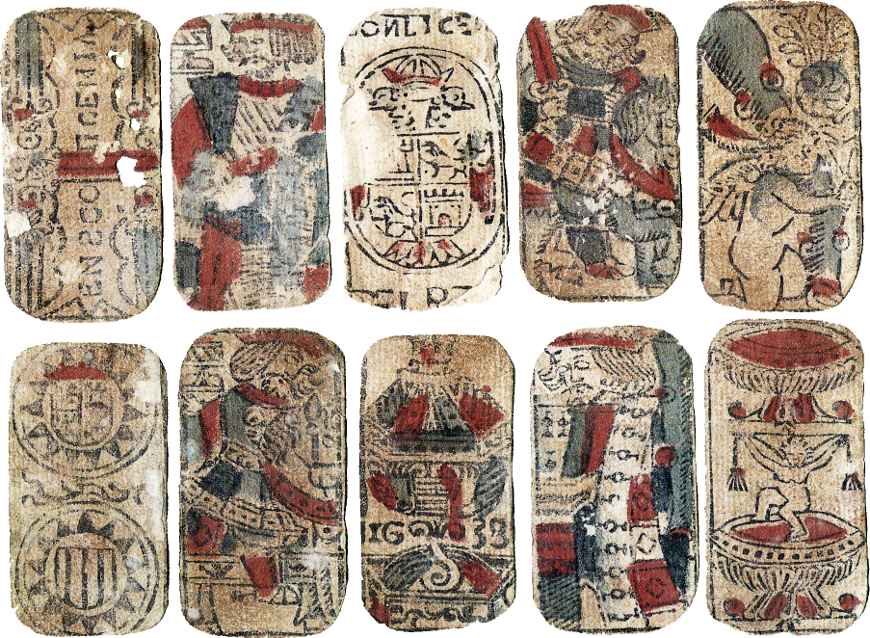 Above: Spanish playing cards, woodcut & stencil, Seville, dated 1638 on the Ace of Cups. The Ace of Batons and the Two of Cups have small naked figures adorning the suit symbols. The Ace of Coins has a two-headed imperial eagle. Inscriptions on the cards read: "En S (en Sevilla) Con Licencia del Rey." These cards were discovered inside a wall during the demolishing of the former Granada prison, and were probably handled by gambling card players running a racket inside jail. Image of cards in the Fournier Museum, Alava, taken from: Agudo Ruiz: Los Naipes en España, Diputación Foral de Álava, 2000.

Revenues from the Seville playing card monopoly, which also included Granada and the Canary Isles, reached twelve million maravedis when it was acquired by Francisco de Zayas for a ten year tenure. Cards made in Seville during this period have official signatures on certain cards as proof of taxes paid to the treasury.

Above: Spanish playing cards, woodcut & stencil, made in Seville, dated 1647 on the Two of Coins. Official signatures on certain cards were proof that taxes had been paid to the treasury. Image of cards in the Fournier Museum taken from: Agudo Ruiz: Los Naipes en España, Diputación Foral de Álava, 2000. 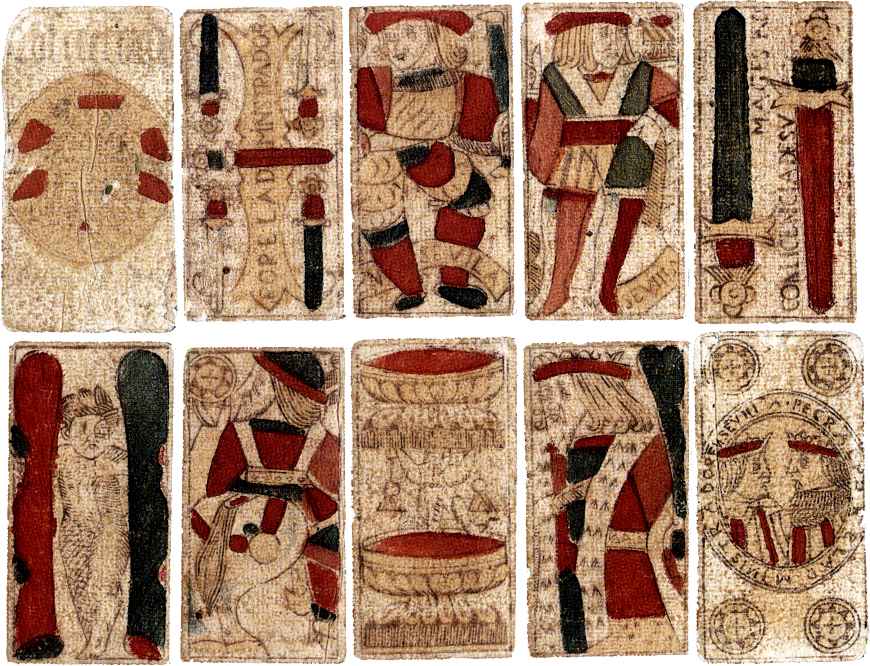 Seville was a favoured location by gamblers  read more → 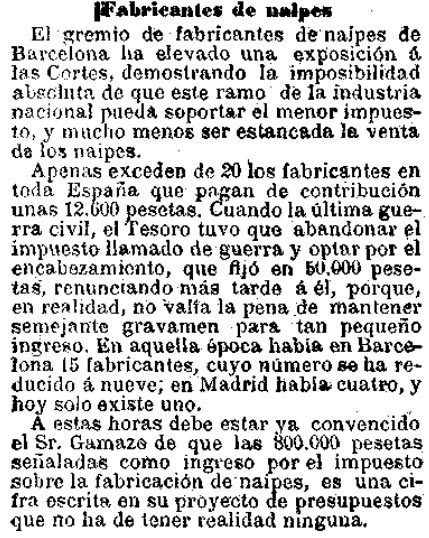